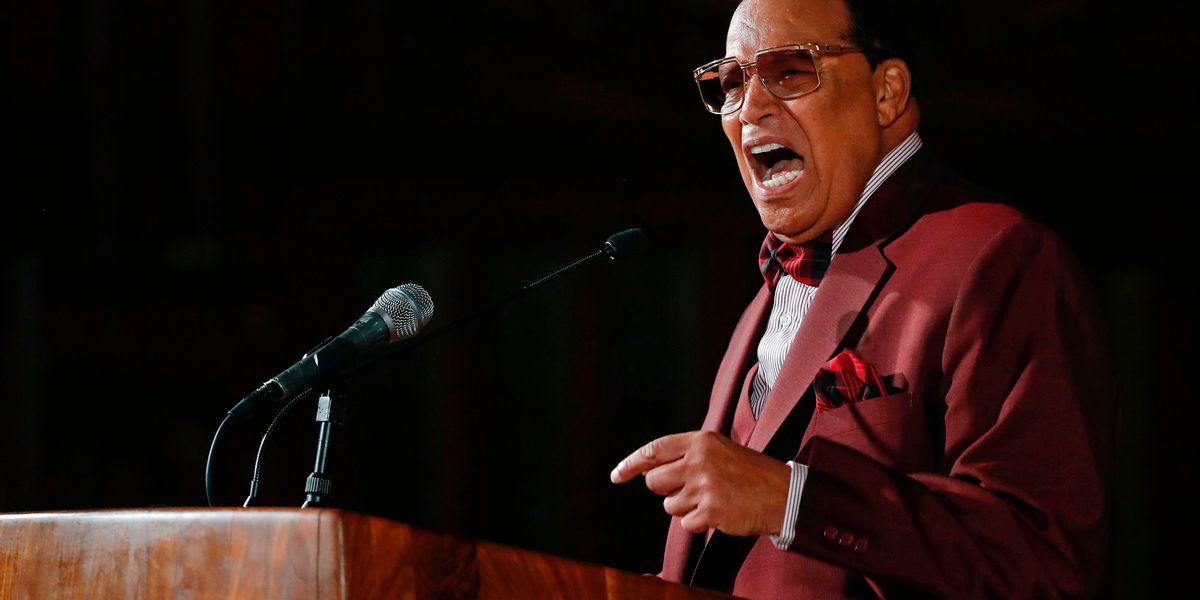 The Southern Poverty Law Center lists the Nation of Islam as a hate group, writing that the group’s “theology of innate black superiority over whites and the deeply racist, antisemitic and anti-LGBT rhetoric of its leaders have earned the NOI a prominent position in the ranks of organized hate.”

Handler appeared to kick off the fawning, posting a clip of Farrakhan making an appearance on “The Phil Donahue Show” in the 1980s.

Handler captioned the video, in which Farrakhan talks about racism and white fear, “I learned a lot from watching this powerful video.”

According to various reports, fellow celebrities Jennifer Aniston, Michelle Pfeiffer, and Jennifer Garner liked the post. Actor Sean Hayes even commented, “This should be played on a loop. Everywhere. Always.”

Actress Jessica Chastain also reportedly shared the clip to her Instagram page, and actress Jameela Jamil — who apparently didn’t even know who Farrakhan was prior to seeing the video — captioned it, “Someone please tell me the name of this extraordinary man who so perfectly sums up white fear in under a minute.”

The entertainers received quick blowback for the support of the highly controversial figure, and Jamil was just one who removed her posting.

Journalist Yashar Ali led the charge in criticism on social media, writing, “Louis Farrakhan is an anti-semitic, homophobic monster who also happens to be a rape apologist. You don’t have to hand it to him for anything … ever.”

There must be something in Hollywood’s water these days, because this isn’t the first time Farrakhan has been lauded as an example of positivity in recent days.

Rapper and actor Ice Cube took to Twitter last week, sharing a photo of the Nation of Islam leader and writing, “The Honorable Louis Farrakhan continues to warn America to this very second and he’s labeled one of your ‘evil names’ and you turn your ears off. Why is the truth so offensive that you can’t stand to hear it?”