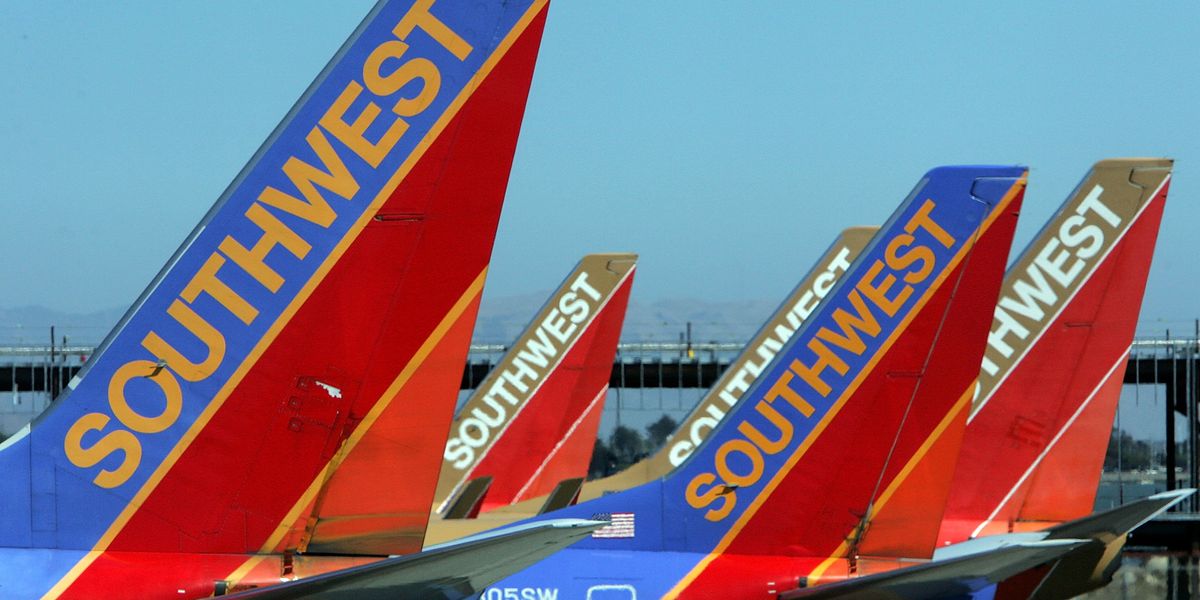 Chicago resident Kayla Eubanks said Southwest Airlines staff recently refused to allow her to board one of their crafts, saying her low-cut top was “lewd, obscene, and offensive.”

She added that a pilot gave up his T-shirt so she could fly.

Eubanks documented her experience Tuesday via Twitter, writing, “Y’all I was KICKED OFF my @SouthwestAir flight because my boobs are ‘lewd, obscene, and offensive.’ I was told that passengers may look at me in my attire and be offended.”

Eubanks also shared a photo of her outfit: a long, red skirt paired with a very low-cut, black halter-style top.

Y’all I was KICKED OFF my @SouthwestAir flight because my boobs are “lewd, obscene and offensive.” I was told that… https://t.co/S6BigdS5zB

In a later tweet, she added, “I really wanna know why @SouthwestAir is policing my clothes like this. How will my shirt impact my flight, for myself, the other passengers, or even the pilot?”

“Y’all have a dress code for CUSTOMERS who pay to get on a plane?” she wrote. “It’s the constant policing of women’s bodies for me.”

She also shared video of one of Southwest’s female gate employees fumbling to answer Eubanks’ questions about a dress code, captioning it “[she] practically did cartwheels to ensure that I wouldn’t get on this plane y’all. I was held at the gate for 30 minutes because of my shirt.”

This @SouthwestAir employee practically did cartwheels to ensure that I wouldn’t get on this plane y’all. I was hel… https://t.co/KRql7c04dJ

In another video, Eubanks can be seen speaking with a the flight’s captain.

“They’re hating on you because you’re looking good, is that right?” the unidentified captain can be heard joking with Eubanks.

“I don’t take this lightly at all,” she responds. “I would like to get on my flight.”

The captain then tells Eubanks that the staffers are looking into the policy, and offers a shirt of his own.

Eubanks insists that she wants to see the policy before she makes any decisions, and she can be heard telling the pilot, “I have to leave my t**s at home? Obviously not.”

As it turned out, according to Eubanks, she did have to cover up, and pointed out that the pilot lent her his T-shirt.

She wrote, “The CAPTAIN of the flight loaned me his shirt so that I could board (having been removed from the flight and the flight being delayed). I eventually took it off. Only to be told that I would have to speak with a supervisor upon landing.”

“Regarding our policies, each situation is very different, and our employees are responsible for following our Contract of Carriage, available on our website,” the spokesperson told the outlet.