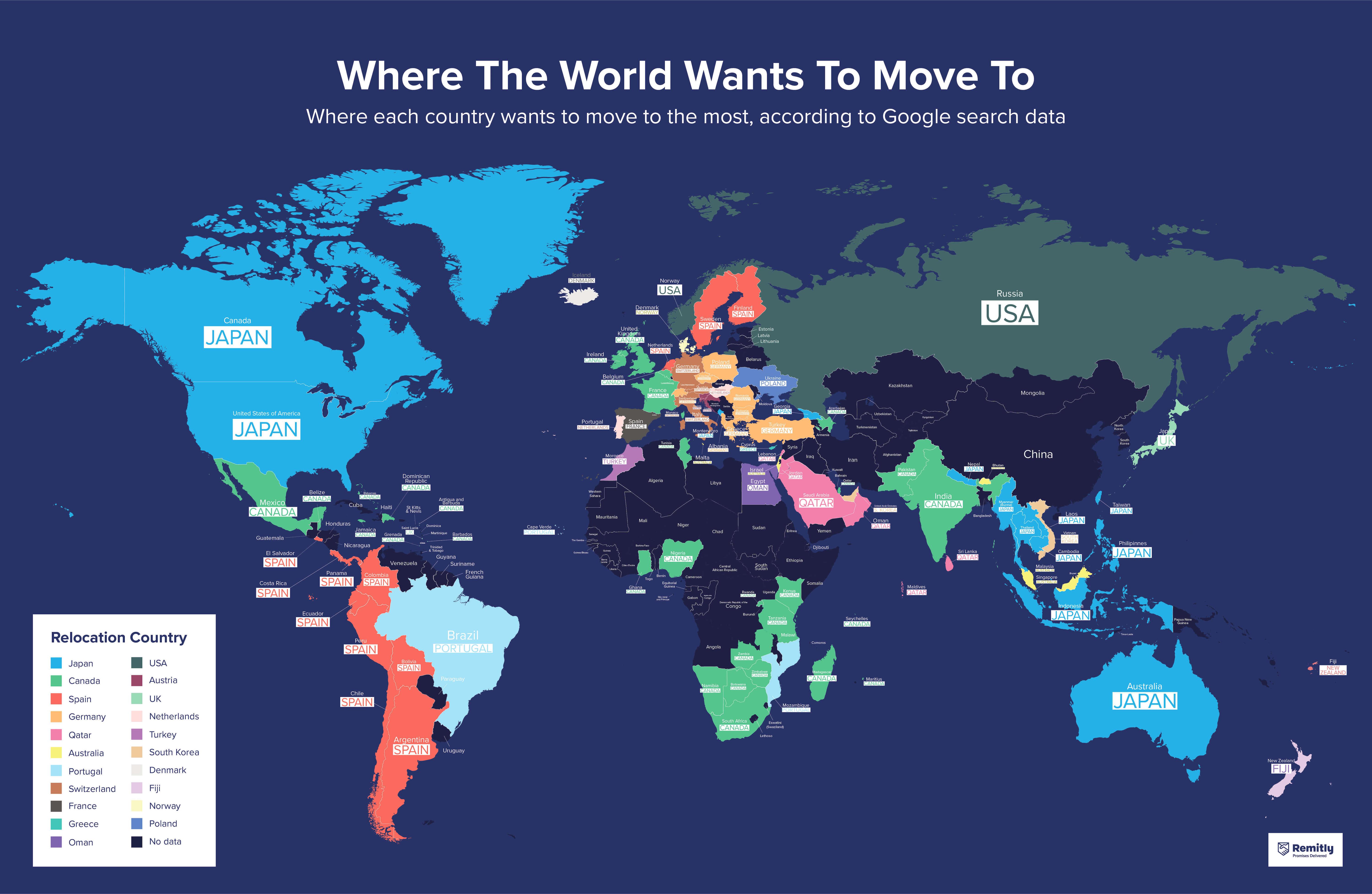 Over the past few months, we’ve been hearing about people wanting to move out of the U.S.—and from January 2020 to October 2020, there was a 29% increase in global Google searches for the phrase “how to move abroad.” But where would Americans actually want to live if they could leave America? If you think the answer is Canada or even Italy, you might be surprised by the results of a new report that shows where people around the world would move if they had the chance. You’ll also be surprised to find out which countries want to move to the United States. (Hint: It’s not any of our neighbors.)

The report was created by Remitly, a financial startup that helps people send money abroad. Remitly analyzed Google search data for 100 countries, looking at the average monthly search volume for phrases associated with moving abroad. The company then ranked the most-searched locations among 100 countries.

Overall, Canada was number one, with 30 countries—including Britain, Mexico and France—placing it at the top of their wish list for the place they would most want to live. Remitly pointed out that the appeal includes its high levels of safety, low unemployment rates, friendly locals and beautiful scenery. 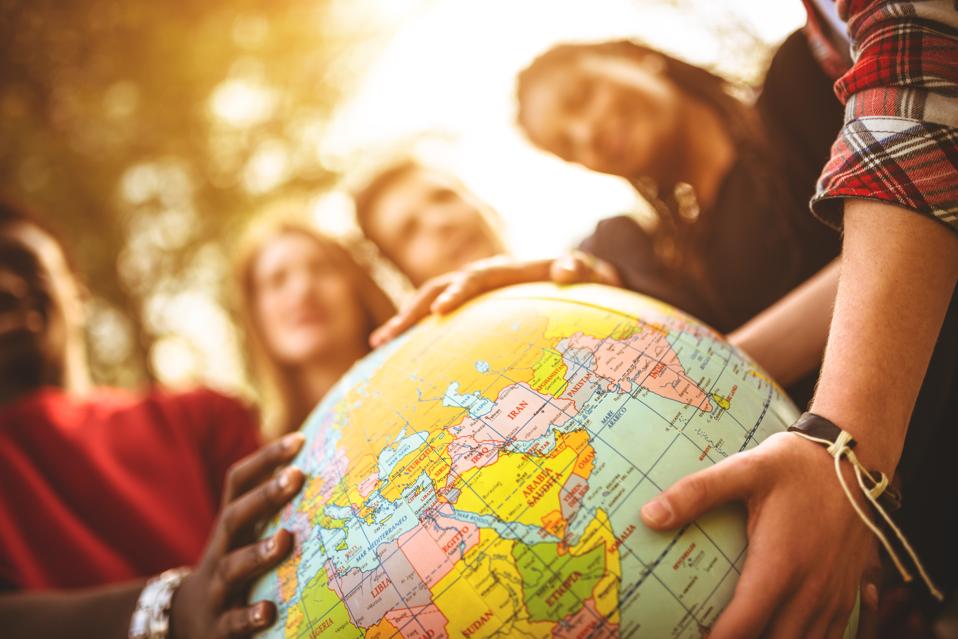 A new report shows where people would move if they had the chance.

For Americans, the top destination was a whole lot more far-flung than Canada. Japan came in as the top place Americans most want to live—and was also the top place for Canadians. In fact, Japan ranked second overall as the country people around the world want to move, with 13 countries wanting to live there, including Australia and Montenegro. Japan’s appeal? “Its reputation for high safety levels, job opportunities and heavily-praised quality of life,” reports Remitly.

Third on the list was Spain, with 12 countries wanting to move there, including Argentina and the Netherlands, including six South American countries, plus Sweden and Finland. Remitly says that Spain is attractive due to its “great healthcare, general safety levels and the fantastic quality of life.”

The United States, on the other hand, was pretty far down the list, with only two countries wanting to move to here—Russia and Norway. The United States tied with the U.K., which was popular with people from Japan and St. Lucia.

In addition to the ranking, Remitly also created a fun, color-coded map that shows the most popular place where the citizens of each country would like to move. And read on to find out the list of the 10 most popular countries around the world and how many countries wanted to move to each. 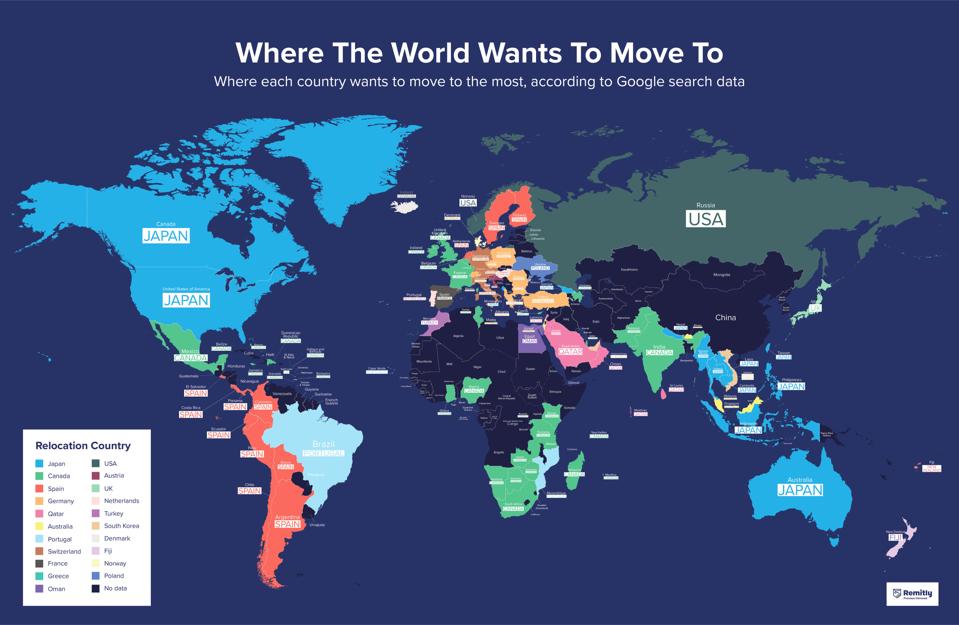 A map of the world showing where various countries would move if they had the chance.

Leave America: How To Get A Second Passport (For Free) And Live Abroad