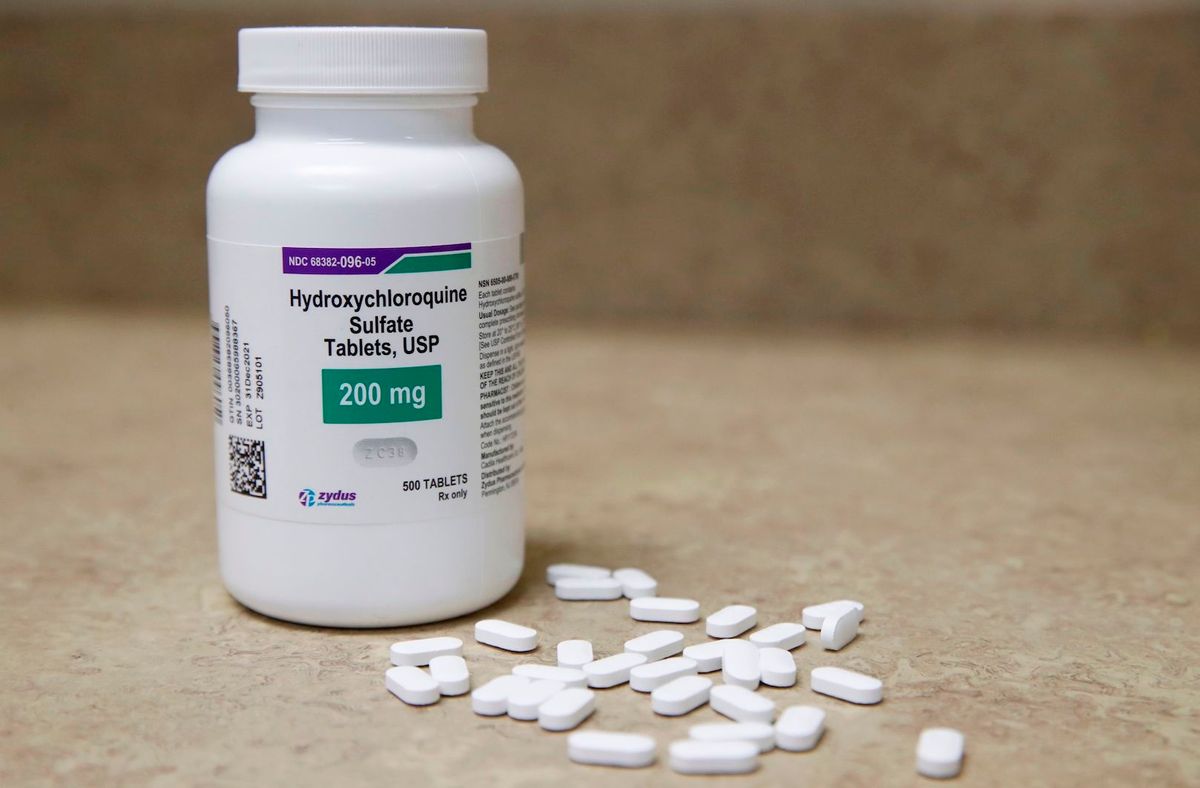 A professor of epidemiology at Yale University wrote for Newsweek that hydroxychloroquine is an effective treatment for patients in the early stages of a COVID-19 infection and urged medical professionals not to let politics or peer pressure stop them from using it to save lives.

Hydroxychloroquine, a drug that has long been used to treat malaria, has been found by numerous studies to be effective against COVID-19 and safe for patients. However, use of the drug has become a political dispute, especially since President Donald Trump advocated for it and even took it himself.

“I am fighting for a treatment that the data fully support but which, for reasons having nothing to do with a correct understanding of the science, has been pushed to the sidelines,” wrote Dr. Harvey A. Risch. “As a result, tens of thousands of patients with COVID-19 are dying unnecessarily.”

Risch cites several studies, which he has been analyzing and writing about in medical journals for months, that show that patients who take hydroxychloroquine, especially in combination with azithromycin and zinc, have lower mortality rates. He also pointed to what he called “natural experiments” in which countries saw significant changes in COVID-19 mortality corresponding with changes in national policy on hydroxychloroquine. Risch writes:

In the northern Brazil state of Pará, COVID-19 deaths were increasing exponentially. On April 6, the public hospital network purchased 75,000 doses of azithromycin and 90,000 doses of hydroxychloroquine. Over the next few weeks, authorities began distributing these medications to infected individuals. Even though new cases continued to occur, on May 22 the death rate started to plummet and is now about one-eighth what it was at the peak.

A reverse natural experiment happened in Switzerland. On May 27, the Swiss national government banned outpatient use of hydroxychloroquine for COVID-19. Around June 10, COVID-19 deaths increased four-fold and remained elevated. On June 11, the Swiss government revoked the ban, and on June 23 the death rate reverted to what it had been beforehand. People who die from COVID-19 live about three to five weeks from the start of symptoms, which makes the evidence of a causal relation in these experiments strong. Both episodes suggest that a combination of hydroxychloroquine and its companion medications reduces mortality and should be immediately adopted as the new standard of care in high-risk patients.

Risch pointed out that although the Food and Drug Administration warned of heart problems associated with hydroxychloroquine use, the warning was not issued with full context.

“But what the FDA did not announce is that these adverse events were generated from tens of millions of patient uses of hydroxychloroquine for long periods of time, often for the chronic treatment of lupus or rheumatoid arthritis,” Risch wrote. “Even if the true rates of arrhythmia are ten-fold higher than those reported, the harms would be minuscule compared to the mortality occurring right now in inadequately treated high-risk COVID-19 patients.”

Risch calls for an end to political bickering over hydroxychloroquine and for a renewed focus on the science and what the data show.

“For many, [hydroxychloroquine] is viewed as a marker of political identity, on both sides of the political spectrum,” Risch wrote. “Nobody needs me to remind them that this is not how medicine should proceed. We must judge this medication strictly on the science.”