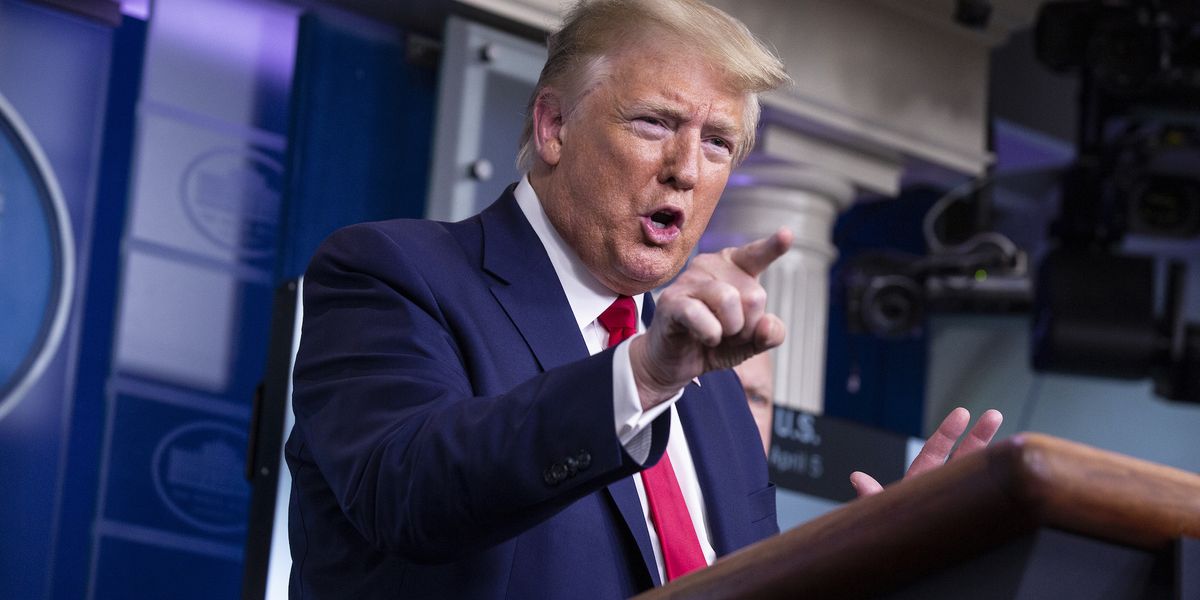 President Donald Trump berated a reporter at the Monday coronavirus task force update over what he saw as an unfair question.

Jon Karl of ABC News asked him to respond to a report about a survey of 300 hospitals saying there was a severe and widespread shortage of coronavirus tests. The president demanded to know when the author of the report, a Health and Human Services inspector general, was appointed.

“A follow up on the question of the HHS inspector general, and by the way her name was Christi Grimm, and it wasn’t so much her opinion but they interviewed 323 different hospitals,” Karl said.

“I’m not sure when she was appointed,” replied Karl.

“Well would you do me a favor and let me know?” said Trump.

The president returned to Karl later in the briefing and berated him for the answer.

“How long has that person been in government?” asked the president.

“She did serve in the previous administration,” admitted Karl.

“Well, you asked me when she was appointed,” replied Karl.

“See there’s a typical fake news deal! No, look, look! You’re a third rate reporter, and what you just said is a disgrace!” said Trump.

“Take a look at what you said, now I said, when did they, when did this person, how long in government? Well it was appointed in the Obama administration!” Trump continued.

“You will never make it!” the president concluded before taking a different question.

Some used the heated response from the president to pressure news networks against carrying the president’s task force presentations live.

“Donald Trump’s treatment of Jonathan Karl is predictably disgraceful,” tweeted Joe Scarborough of MSNBC. “Why is anyone carrying this farce live?”

Also on Monday, an update to the coronavirus model used by the White House showed a lower expected death count and a quicker peak to the graph of the contagion in the United States.

Here’s the video of the heated interaction:

[embedded content] Trump berates reporters when asked about report by his official www.youtube.com