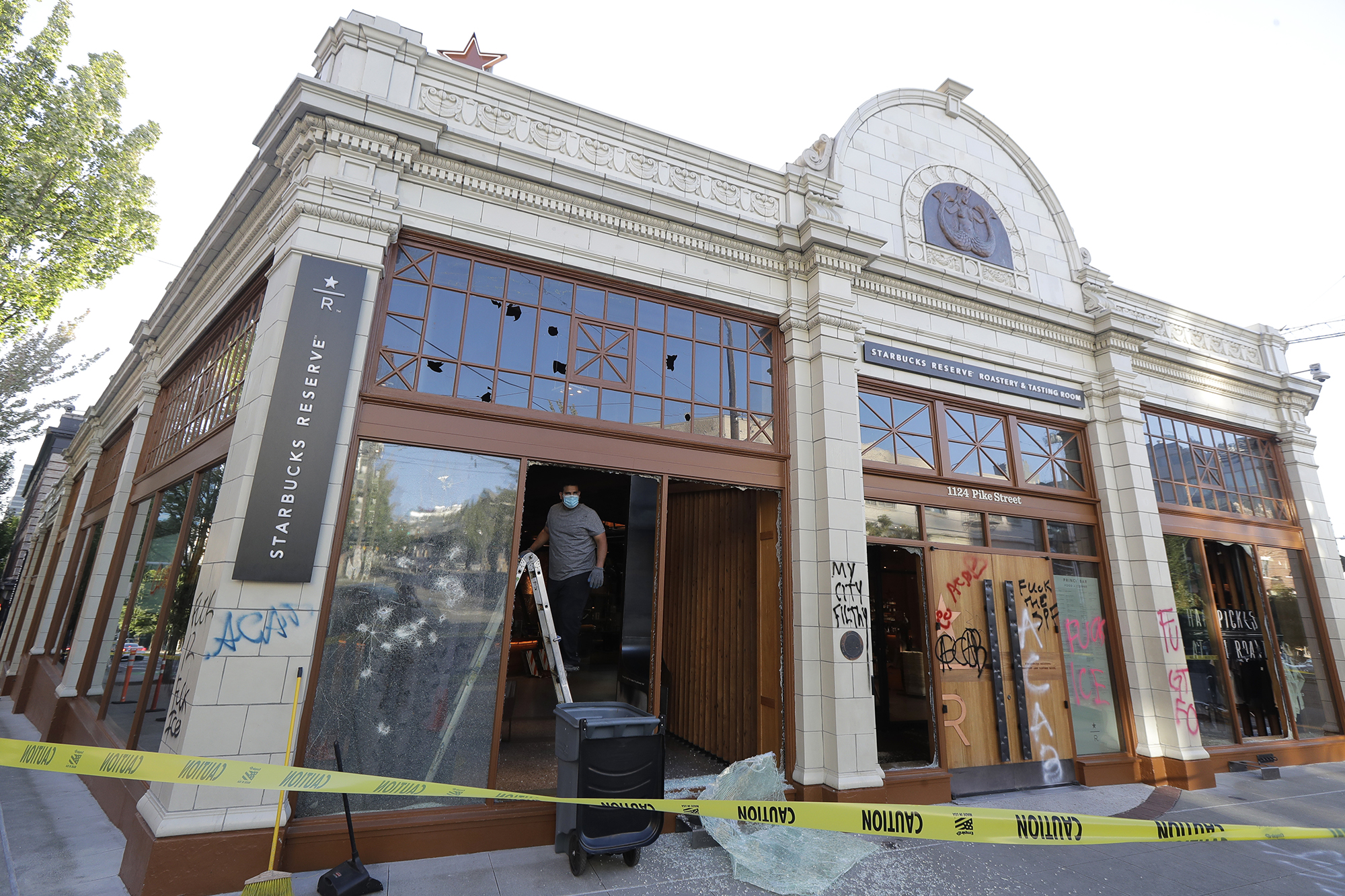 A dozen Seattle cops were injured when a downtown protest against police brutality and the US Immigration and Customs Enforcement turned violent on Sunday, according to reports. The peaceful demonstration, which began about 10:30 a.m. at Westlake Park, called for the abolition of ICE – but about three hours later, another group of protesters showed… Continue reading at New York Post