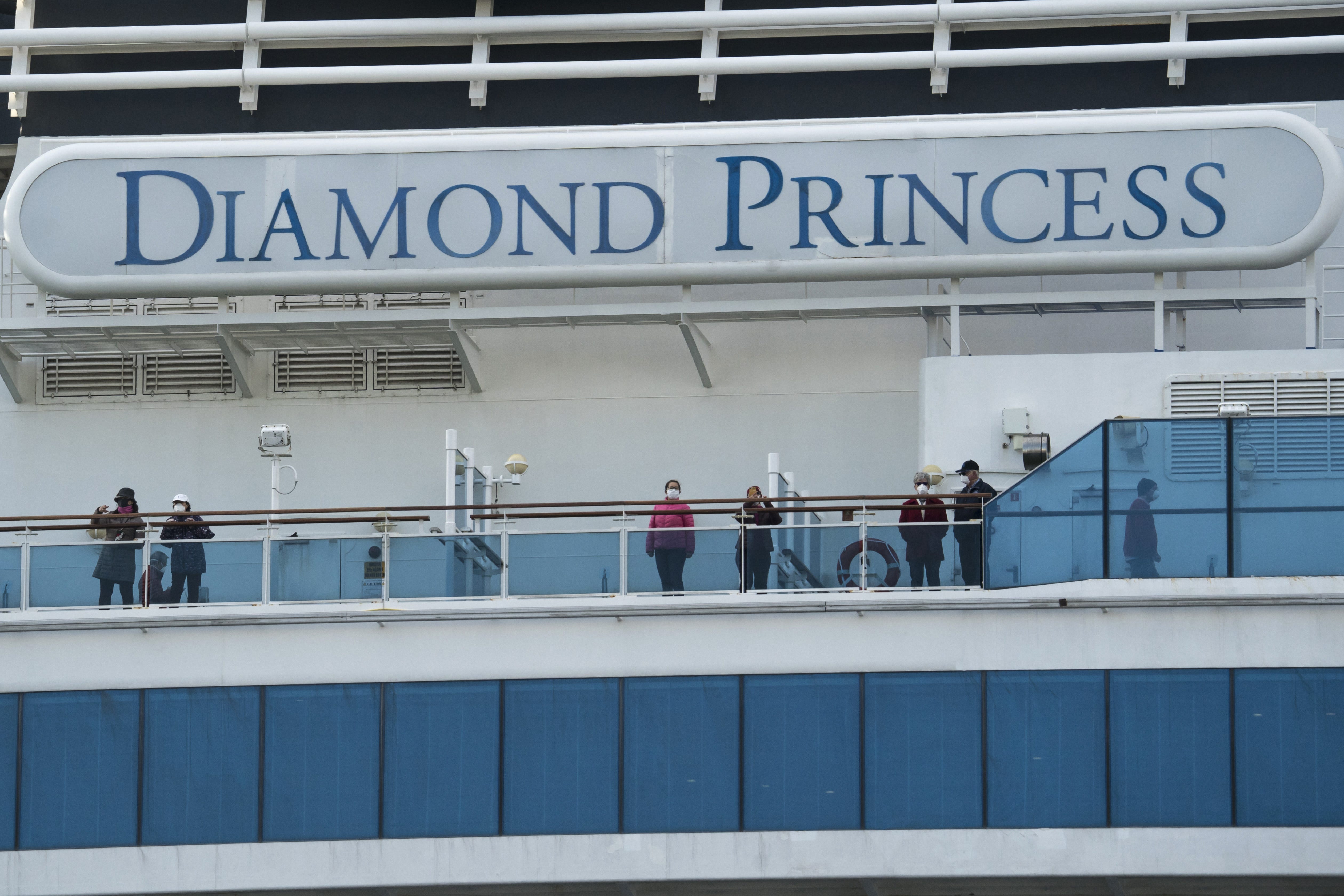 Fourteen of the evacuees from the Diamond Princess cruise ship in Japan were allowed to board a flight back to the United States after testing positive for coronavirus because they did not have symptoms, the U.S. State Department and Health and Human Services announced in a joint statement.

Sunday on CBS’ “Face the Nation,” Fauci stressed that Americans who tested positive would not be among the evacuees to the U.S.

He also confirmed at least 40 Americans on board the cruise ship tested positive for coronavirus. It was not immediately clear whether the number was in addition to the 20 infected Americans previously reported or if it is a new total.

The two charter flights carrying Diamond Princess passengers from Japan landed at military bases in California and Texas overnight, starting the clock on a new quarantine period to ensure passengers don’t have coronavirus.

The U.S. State Department coordinated with the Department of Health and Human Services, along with other agencies, to provide a charter aircraft to bring passengers back to the U.S.

In a letter sent Sunday morning to American passengers and crew members, the U.S. Embassy in Japan announced flights would depart Yokohama to the U.S. that day and would be the “only opportunity for eligible passengers to fly to the United States until March 4, 2020, at the earliest.”

Americans were bused to the aircraft and screened for coronavirus before boarding. All travelers returning from a “high risk area” will be required to complete a 14-day quarantine upon their return.

Last week, the cruise line announced that some passengers, starting with the medically vulnerable, would be let off the ship to complete the quarantine. The U.S. Embassy in Tokyo said Friday that the first group of passengers disembarked in Yokahama, Japan, to complete their 14-day quarantine period for coronavirus off the ship.

The Princess Cruises ship was carrying 2,666 guests and 1,045 crew when it set sail and was quarantined after 10 cases of coronavirus were reported Feb. 4.

After arriving in the U.S., all of the passengers must go through another 14 days of quarantine at the military facilities — meaning they will have been under quarantine for a total of nearly four weeks.

Australia, Canada, Hong Kong and Italy were planning similar flights of passengers. Other governments, including Canada and Hong Kong, also will require the passengers to undergo a second 14-day quarantine.

Japan on Monday announced another 99 infections on the Diamond Princess, raising the ship’s total number of cases to 454. The United States has confirmed 15 cases within the country. Separately, one U.S. citizen died in China.

Previously:Princess Cruises outlines plan for end of coronavirus quarantine as US evacuates Americans