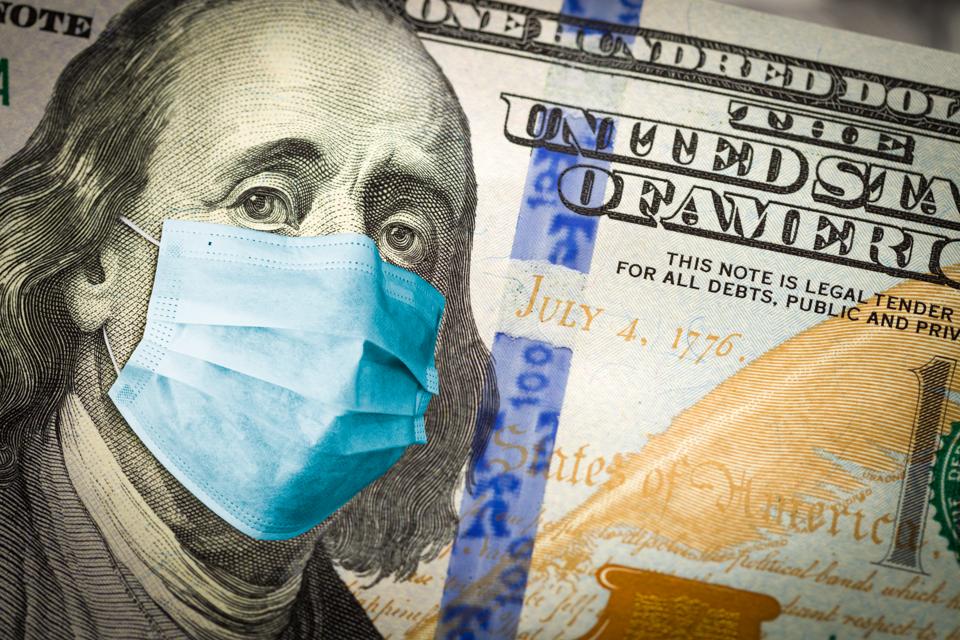 There probably won’t be a $2,000 monthly stimulus check. Here’s why.

The COVID-19 crisis has impacted Americans in unprecedented ways. The forced social distancing and closure of non-essential businesses have pushed over 30 million workers into unemployment in a span of six weeks.

Congress was quick to enact several bills that helped both individuals and businesses. The largest of these bills was the CARES Act, which, at over $2 trillion, was the largest stimulus package in U.S. history.

These programs have provided a lifeline for taxpayers and have helped many businesses keep their doors open and continue paying their employees.

But many people are still struggling. Because of this, there have been multiple proposals for another round of stimulus checks. To date, there are three separate proposals that would pay eligible recipients $2,000 per month for six months or longer – or, in one case for a minimum of one year, followed by another year of $1,000 monthly payments.

These proposals could provide much needed financial assistance and they are gaining support in Congress. But will they be signed into law?

Let’s look at these bills and some of the roadblocks these proposals face prior to being signed into law.

3 Current Stimulus Payment Proposals That Would Pay $2,000 Per Month

Three separate bills have been proposed that would provide monthly payments of $2,000. You can read about each of these bills here:

Roadblock #1 – The Cost of These Proposals is Astounding

The CARES Act was expensive, but it provided support to a wide range of interest groups. The $2.2 trillion act included a one-time $1,200 stimulus check for eligible taxpayers, supported unemployed workers with an additional $600 per week, and it provided $130 billion for healthcare spending, $367 billion for small businesses, $500 billion in loans to large businesses, $150 billion for state and local governments, and additional stimulus provisions.

However, the scope of the new stimulus bill proposals is limited to stimulus payments to individuals – and they all cost significantly more than the CARES Act.

The most costly of these three new stimulus proposals could cost up to $10 trillion. Even the smallest of these proposals would likely cost in excess of $3 trillion. This is approximately $1 trillion more than the CARES Act.

We previously ran an analysis estimating the cost of these programs as:

You can see this article for the methodology and numbers behind these assumptions.

Roadblock #2 – There Are Competing Priorities in Congress

There is only so much money to go around. There have been calls for additional funding for state and local governments and infrastructure, funding for COVID-19 testing, rent and mortgage holidays, student loan deferments, up to $25,000 hazard pay for essential workers, a call for $25,000 forgiveness in student loan relief to essential workers, payroll tax cuts, and much more.

There simply isn’t enough money to fund all of these competing proposals.

As of the most recent update, the IRS has provided over $200 billion in stimulus payments. But that means there is still approximately $50 billion left to send out.

To this point, most payments have been made via direct deposit. The IRS will be sending the majority of the remaining payments by mail, which could take months.

Millions of people are still waiting for their checks. Unfortunately, a large percentage of those do not have access to direct deposit are the ones who need it the most and will be waiting the longest to receive their stimulus checks.

The new stimulus proposals call for a change in the infrastructure, including providing payments via prepaid debit cards. However, this infrastructure would also take time to implement and there is no guarantee this would get money into the hands of those who need it most more quickly than the current process.

According to the U.S. Census Bureau website, the median U.S. income in 2018 was $62,000. Providing taxpayers with $2,000 per month is $24,000 annualized. This is significantly less than the median wage. However, it doesn’t account for households with two or more eligible recipients.

In the latter situation, some households could potentially receive $10,000 per month in stimulus payments. This is annualized at $120,000 per year, which is almost double the median U.S. wage. It doesn’t make sense to provide American families with twice the median annual wage when the vast majority are already living on much less.

There is a secondary downside to paying people this much money – it will slow down economic recovery by incentivizing people to remain at home instead of returning to work. This is already happening as some unemployed workers are making more money from unemployment benefits than they did while working. Many small businesses are struggling to fill lower-paying jobs.

To be clear, many Americans are facing severe financial hardship and an additional $2,000 per month could mean the difference between putting food on the table and going without. No one will debate this.

But there is a difference between want and need. Many Americans are still working and have not experienced a significant financial setback from the COVID-19 emergency. Under these proposals, many of these workers would receive thousands of dollars each month when there is no clear need.

Most people wouldn’t turn down a few thousand dollars per month, or even up to $10,000 per month or more. But at what cost? Should the American taxpayers foot the bill to provide people with tens of thousands of dollars that may not be needed to cover essential living expenses?

Will Any of These $2,000 Monthly Stimulus Proposals Be Passed?

There is a clear need for additional financial assistance and there is growing support in Congress. There is a very real possibility of seeing a $2,000 monthly stimulus check coming to fruition.

But there are also many competing interests and there is a limited amount of funds to support them.

The sheer cost of these bills is enormous, and they coming at a time when the government is dealing with many other issues. It’s difficult to predict how Congress will act.