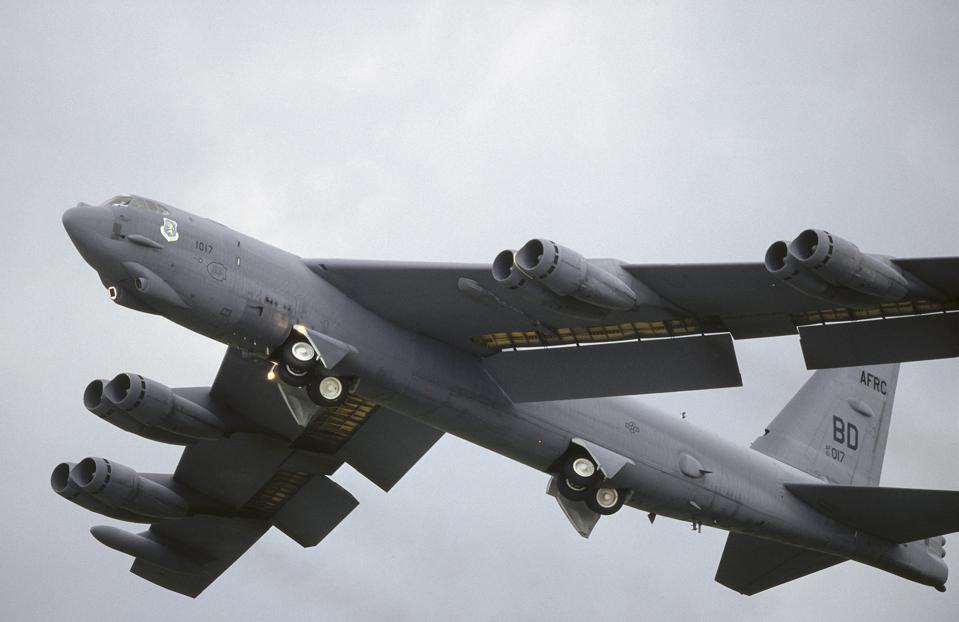 Today’s U.S. Air Force must be prepared to accept losses as high as those suffered in World War II, warns the Air Force’s new chief of staff.

But that prognosis had better be wrong. Because in World War II, the U.S. could lose 60 heavy bombers in a single raid – and the U.S. simply does not have enough planes or pilots to sustain that level of attrition.

“Tomorrow’s airmen are more likely to fight in highly contested environments, and must be prepared to fight through combat attrition rates and risks to the nation that are more akin to the World War II era than the uncontested environment to which we have since become accustomed,” said General Charles Brown, Jr., who presented a new strategic approach titled “Accelerate Change or Lose.”

Brown warned that the U.S. Air Force can no longer assume that it will dominate the skies as it has in the past. Potential adversaries such as China and Russia are fielding a new generation of sophisticated  weapons, including stealth fighters and advanced anti-aircraft missiles.

“If we ignore the problem and don’t talk about what’s at risk and the potential for high attrition rates and we just continue on the path we’re on, then shame on us,” said Brown, who called for greater joint cooperation with the other services as a solution.

But just what would a World War II rate of attrition look like? Consider the famous October 1943 raid on Schweinfurt, when 291 U.S. Army Air Force (as the U.S. Air Force was then known) B-17 Flying Fortress bombers attacked German ball-bearing factories. Unescorted by fighters, 60 out of 291 bombers were destroyed by German interceptors and flak, and another 22 crashed on landing or were too badly damaged to be repaired. That was a 28 percent loss rate: bomber crews, who had to complete 25 missions before they could return home, calculated that at this tempo, their odds of surviving a tour were almost nil.

Deep-penetration raids into Germany were suspended until long-range P-51 Mustang fighter escorts became available in 1944, but even then, there were raids where bombers suffered losses of 5 percent or more. As for the Germans, the Luftwaffe lost one-third of its daytime fighter force in a single week in February 1944.

The U.S. produced an amazing 276,000 aircraft during World War II, with 16 new B-17s per day rolling out of the factories per day by April 1944. And of those 276,000 planes, 68,000 were lost in combat or accidents, or more than 25 percent, over almost four years of war. That works out to dozens of aircraft lost each day, or more than a thousand per month.

Today’s U.S. military has about 3,000 combat aircraft, including land-based and carrier-based fighters. Losing a thousand aircraft in a month is a non sequitur: either the U.S. would concede defeat or resort to nuclear weapons.

World War II was not the only conflict where aircraft suffered heavy losses. During Operation Rolling Thunder, the U.S. lost 922 aircraft over North Vietnam between 1965 and 1968. But the closest analogy to World War II levels of attrition would the 1973 October War, when the Israeli Air Force lost one-third of its aircraft in two weeks to Arab anti-aircraft defenses. And the Arabs were using Cold War Soviet weapons: today’s Russian S-400 anti-aircraft missiles are much more lethal.

F-35 stealth planes, costing $80 million apiece, are not mass-production items like B-17s and P-51s. If the Air Force loses one-third of its planned fleet 1,763 F-35As in two weeks of combat, they’re not getting replaced any time soon. Even the big combat drones aren’t mass-produced anymore: the Air Force only has around 300 missile-armed MQ-9 Reapers, each costing at least $15 million each.

Of course, Gen. Brown doesn’t expect to lose thousands of aircraft in a conflict over Taiwan or the Baltic States. Today’s warplanes are fewer in number than in World War II, but much more capable both in attack and defense, including stand-off missiles, stealth capabilities and jamming systems. Then again, aircraft-killing weapons such as air-to-air and surface-to-air missiles have also improved. Which raises the question of whether any nation’s air force can fight a long-term air campaign without immolating itself.

Nonetheless, Brown does make an important point: the days where U.S. aircraft operated virtually unopposed is over. Since the Vietnam War, U.S. leaders and the American public have become accustomed to virtually loss-free air campaigns. In Desert Storm, the U.S. Air Force lost just 14 aircraft, for a loss rate of 0.48 percent.

Those days are gone. Even if manned aircraft are someday replaced by fleets of cheap, expendable drones, they would likely be met by masses of anti-drone weapons. The fact remains that even if the U.S. remains ahead technologically, Russia and China have plenty of sophisticated weapons and the military competence to use them. Given U.S. dependence on airpower, they don’t need to defeat the U.S. Air Force. They just need to inflict enough losses to prevent the Air Force from accomplishing its mission.

China’s Next Jet Fighter May Be A Super F-35