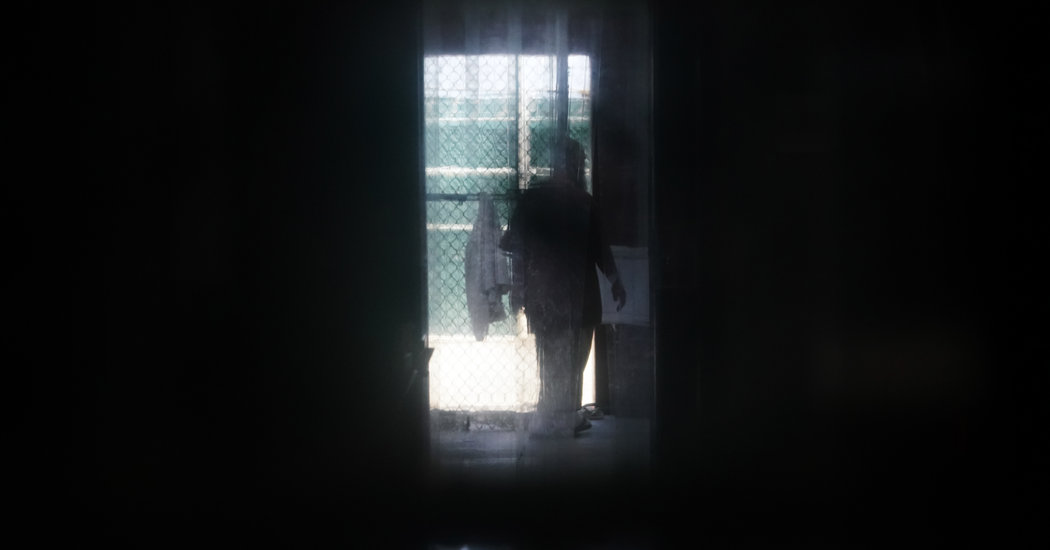 WASHINGTON — In a bid to restore some access to Guantánamo’s isolated detainees, prosecutors in the trial over the Sept. 11, 2001, attacks are proposing weekly video meetings between the five defendants and their lawyers, which would require both sides to work around social distancing protocols mandated by the coronavirus.

Lawyers for Khalid Shaikh Mohammed, the lead defendant in the death penalty case, had asked the trial judge to let him speak with his lead lawyer, Gary D. Sowards, who is in self-quarantine in Manhattan. In making the request, they agreed that the conversation could be monitored.

In response, prosecutors proposed hourlong video conferences, a far more complicated and risky endeavor. That would require guards moving the defendants across the base to the courtroom to speak to their lawyers one by one through a secure video link to war court headquarters in Alexandria, Va.

To accomplish that, Mr. Sowards would need to obtain a waiver from the Defense Department to travel from New York City, a coronavirus hot zone, to the Pentagon. At 70, he is considered at higher risk for the illness and has been working from home under government guidelines.

The court has been closed since Feb. 25 and judges in the two capital cases have canceled hearings because the prison, in an effort to limit the virus’s spread, has imposed strict restrictions on access to the detainees. One rule requires hearing participants, who commute to the court from the United States by a Pentagon air charter, to arrive two weeks early and remain in their quarters to see if they become symptomatic.

The International Committee of the Red Cross disclosed this week that it had canceled its quarterly visit to the prison, which was scheduled for May 22 to June 5, because of the virus. The organization, which helps families connect with prisoners around the world, has been meeting the Guantánamo detainees and prison leadership at least four times a year since the prison opened in 2002.

A spokeswoman for the International Committee of the Red Cross, Elizabeth G. Shaw, said it had canceled a quarterly visit only once before, in 2012, for administrative reasons, and a visit in late August is scheduled.

At Guantánamo, 26 prisoners have been allowed to call their lawyers for years. But those who had been held at secret C.I.A. prisons overseas before arriving at the base, notably Mr. Mohammed and the other men accused of conspiring in attacks orchestrated by Al Qaeda, are allowed to communicate only through in-person meetings and legal mail.

A week ago, the military judge in the Sept. 11 case, Col. W. Shane Cohen, ordered prosecutors to explore the possibility of offering defendants “some type of telephonic or other access by audio or video means to their counsel.” The coronavirus had caused the case to stall and affected communications between the defendants and their lawyers, he said.

It was Colonel Cohen’s last order in the case. He is retiring from the Air Force.

On Friday, the chief judge of military commissions, Col. Douglas K. Watkins of the Army, temporarily assigned himself to the case for as long as the travel and work restrictions are in effect.

A lawyer for the defendant Ramzi bin al-Shibh since 2012, James P. Harrington, who is leaving the case this summer for health reasons, said the video-link plan was problematic because there were no assurances that the C.I.A. or other people would not be listening.

James G. Connell III, a lawyer for Mr. Mohammed’s nephew, Ammar al-Baluchi, said the proposed video chats would be more of a “health and welfare check” than a working lawyer-client meeting.

Under Pentagon policy, the lawyers would be required to wear masks. It was unclear what protection the prisoners would wear. The military declined to say this week whether the detainees at Guantánamo had been issued masks. None of the prisoners had been tested for the virus because they did not meet federal guidelines to merit one, the military said.

Mr. Connell predicted that because coordinating and making arrangements would be necessary, the first video chat could take place in the last week of May, after Ramadan, when the court has typically recessed.

The military disclosed on April 7 that one person on the 1,800-member military and civilian prison task force tested positive for the virus, but refused to provide additional details. Prevention measures devised by the United States Southern Command, which oversees the prison, instruct it to “minimize incidental contact with detainees and/or their living/recreational spaces.”