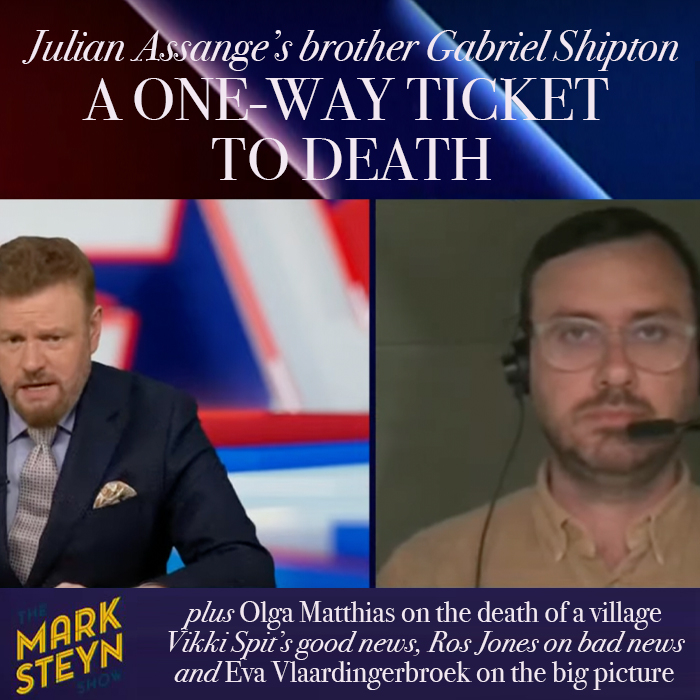 Monday’s Steyn Show started with some thoughts on the strange bifurcation in once free societies. We did, though, have some good news to report, and vaccine widow Vikki Spit joined Mark to report on that. But with good news comes bad news, and paediatrician Ros Jones accessed the next demographic to be targeted by the biosecurity state: six-month-old babies.

The migrant tide on both sides of the Atlantic is now being facilitated by the governments who claim to oppose it. Olga Matthias checked in with an update on where they wash up. It’s not so cosy if you happen to be an actual subject of the Crown: The UK Home Secretary has just agreed to extradite Julian Assange into the clutches of the dirty stinking rotten corrupt US “justice” system. Gabriel Shipton, Assange’s brother, assessed the situation

And we rounded out the hour with Eva Vlaardingerbroek.

All that, plus your comments and questions in real time. Click below to watch:

Among the benefits of membership in The Mark Steyn Club are Comment Club privileges, so please have at it below. You can find more details about our Club here – and we also have a great gift membership.