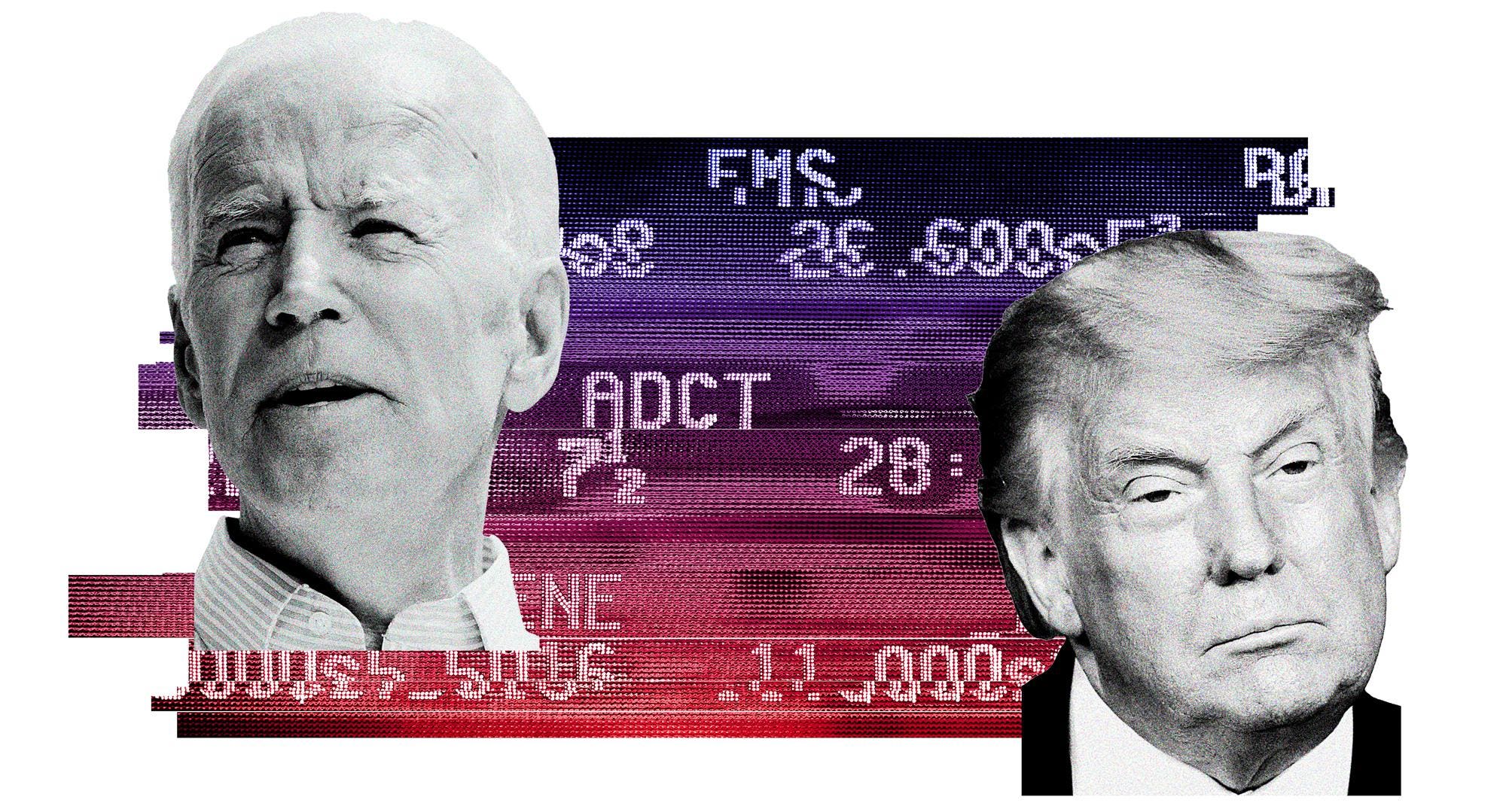 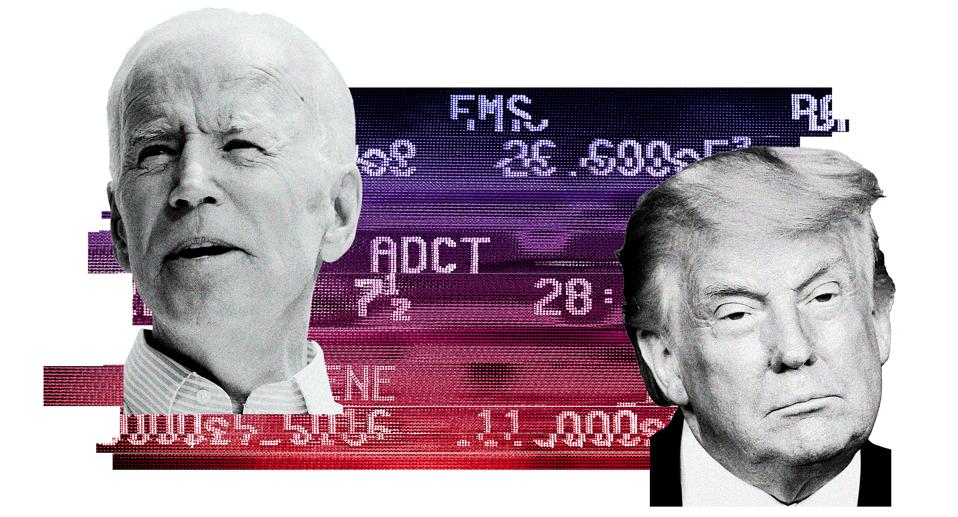 There may not be a clear winner the morning after the election. Nothing would be worse for markets.

With the 2020 election less than two months away, Wall Street investors are weighing the pros and cons of a Trump versus Biden presidency. Polls show former Vice President Joe Biden holding a lead of 7.3% over President Trump, according to RealClearPolitics, though betting markets suggest a narrower spread. Whatever the outcome, one thing is certain: The next president of the United States will be faced with a pandemic that’s resulted in the death of over 190,000 Americans and millions more unemployed as the economy struggles to recover from a record drop in GDP growth.

“There are few times in recent history where we have approached a presidential election with so many high uncertainties,” says Sam Stovall, chief investment strategist at CFRA Research.

The stock market’s reaction to the presidential election will depend on which party ends up with control of the Senate and House of Representatives. A Democratic sweep, for example, would almost certainly mean a rollback of Trump’s massive corporate tax cut (a negative for stocks), but additional economic stimulus (which investors apparently love despite surging deficit levels) and stability on the China trade front would be a big positive.

Here’s what happens to markets under various election scenarios (including delayed results), according to the experts.

If Trump wins, Republicans hold the Senate and Democrats remain in control of the House, then markets will likely rally 3% to 5% on “no new news,” predicts wealth management firm Hightower Advisors.

The market initially jumped after Trump first won the 2016 election. He pushed through corporate tax cuts and relaxed business regulation. Investors expect the pro-business environment to continue under a potential second term for Trump, but tensions with China and the coronavirus pandemic could continue to pose challenges for the market. Don’t forget, the United States officially plunged into a recession in February 2020 and isn’t out of it just yet.

“Markets don’t like uncertainty, and while Trump’s negotiating style has been unpredictable at times, his commitment to lower taxes and deregulation may provide a consistent, market-friendly policy environment,” says Ryan Detrick, chief investment strategist for LPL Financial. Wall Street analysts largely agree that if Trump wins re-election, sectors like defense, financials, and tech all stand to benefit while retail will take a hit.

Historically, Republican presidents presiding over a split Congress result in an average gain of 5.3% for the S&P 500, with stocks rallying 60% of the time after the election, according to CFRA data going back to 1944.

If Biden wins, Democrats take control of the Senate and retain the House then the market will likely see an initial sell-off of between 2% to 5%, according to Hightower. In this case, “we may actually see more of the Democratic policy changes enacted,” which include Biden’s promise to raise taxes, says Ross Hambrick, analyst for William Blair’s Dynamic Allocation Strategies Team.

In the past, a Democratic president supported by a Democratic majority in both houses of Congress usually resulted in an initial market sell-off. “Not surprisingly, the S&P 500 fell an average of 2.4% in November following the shock of a sweep, declining three out of five times,” says Stovall. But stocks recovered by December, rising an average of 3.1% and gaining in price in all five past occurrences. The S&P then gained an average of 10.4% in the following calendar year, rising in price four out of five times, he adds.

If Democrats score a so-called triple play, “history hints but does not guarantee the initial shock will send stocks lower but then they will recover by December and in the following calendar year,” says Stovall. “Wall Street always tends to worry about a Democratic president yet the years in which we have Democratic majorities, the market’s frequency of advance was the highest.”

In the 22 past years when Democrats controlled the executive and legislative branches, the stock market rose an average of 9.8%, rallying 77% of the time after the election, according to CFRA Research. If there is a Democratic sweep, sectors like renewable energy and industrials could benefit from a new focus on infrastructure in Washington, analysts say, while big tech and pharmaceutical companies would likely take a hit from increased government regulation.

“This would be the friendliest to the markets as it would likely mean gridlock,” says Hightower, predicting that stocks could rally between 4% and 5% on the result.

If Biden wins but the Senate remains in Republican hands, that would “drastically reduce his administration’s ability to quickly implement his policies,” says Hambrick. There would likely still be a continuation of Trump’s favorable corporate tax policy and deregulation efforts, though Biden would be more predictable on trade and international policy. This outcome would be “an almost status quo environment without the trade risk,” Hightower observes.

A Democratic president presiding over a split Congress would be the most favorable to markets, says Stovall. Looking at historical data, this scenario actually leads to the highest stock market returns, with the S&P 500 rising by an average of 13.6% and rallying 75% of the time after the election.

“A split Congress historically has been better for stocks, which tend to like checks and balances to make sure one party doesn’t have too much sway,” agrees Detrick. A divided Congress results in an annual average return of 17.2%, compared to 13.4% for a Republican Congress and 10.7% for a Democratic Congress, according to LPL’s research.

The worst outcome for the stock market is delayed or disputed election results. Several factors could lead to contested results, especially given the rise in mail-in ballots as the coronavirus keeps many people from voting in-person.

The last time presidential election results were held up was in 2000, when votes were so tight in Florida that a recount was initiated by the state. The election wasn’t fully decided until a Supreme Court decision on December 12, five weeks after Americans cast their vote. Meanwhile, the S&P 500 plunged nearly 10% and the Nasdaq plummeted roughly 20% by the end of November.

Goldman Sachs’ chief U.S. equity strategist, David Kostin, has warned about the possibility of a similar scenario in 2020. Volatility around the election is “extremely high compared with prior cycles,” he said in a note earlier this summer. Goldman has thus advised clients to hedge their market exposure going into December, in order to stem any losses incurred from uncertain election results. “Given the several-week delay in finalizing the results of the 2000 presidential election … the elevated volumes of mail-in ballots used in recent primary elections, and potential for increased mail in ballots this November, we see heightened risk that election-related volatility could extend beyond Election Day,” Kostin said.

“I would very much expect that if we don’t have a concession speech right away, either by the challenger or incumbent, it will be bad for the markets… it will be really bad,” agrees Charles Lemonides, chief investment officer at ValueWorks. Stocks will fall if there isn’t a clear winner on election day, he says, and it will be a “bad outcome for America.”