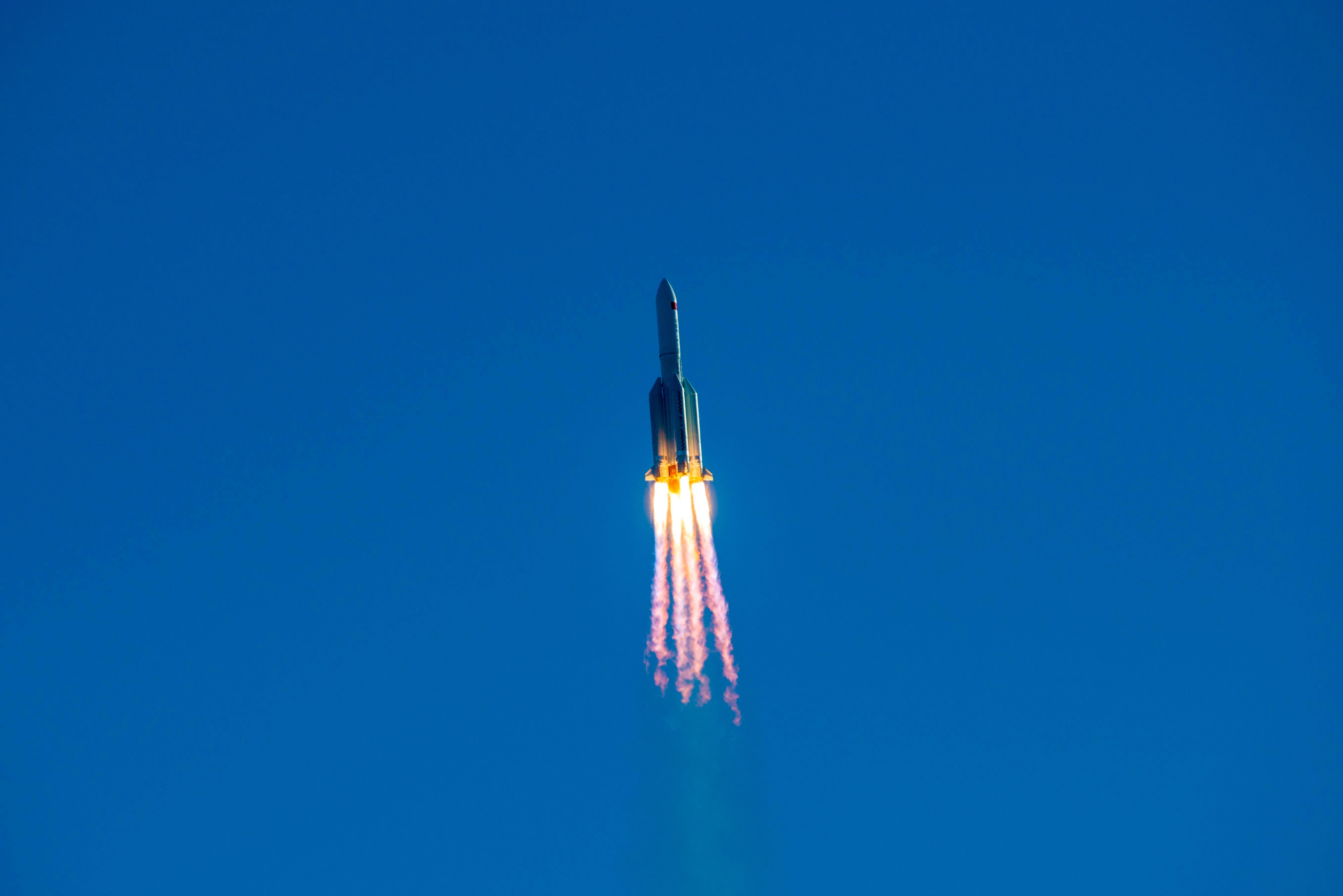 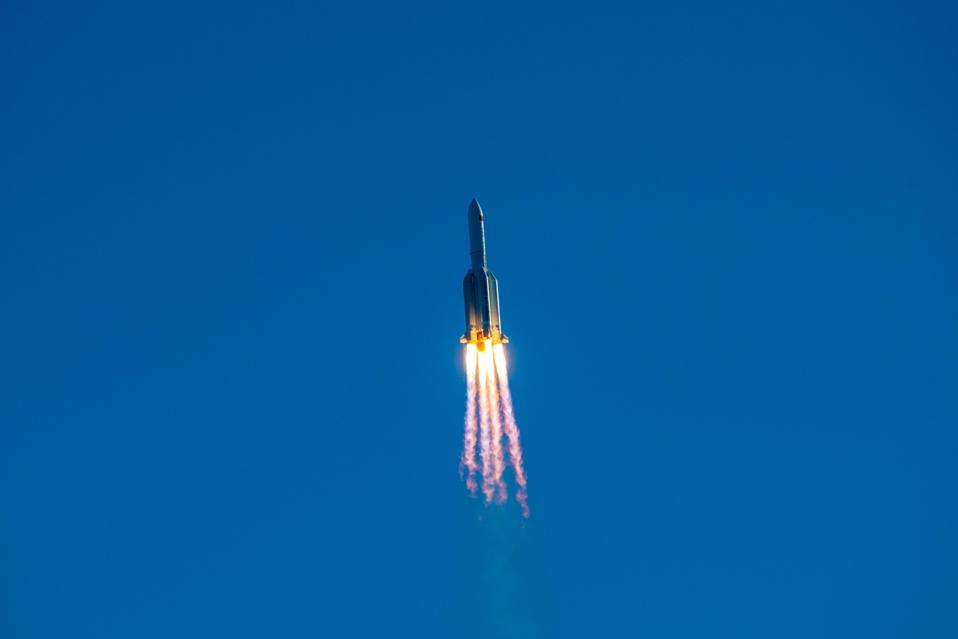 Sometime in the next few hours, the body of a spent Chinese rocket will become the largest piece of space junk in decades to fall, uncontrolled, back towards Earth.

On May 5, a Long March 5B rocket launched a prototype crew capsule resembling a SpaceX Crew Dragon to orbit for a test. Now, after almost a week orbiting the Earth, the core stage of the large rocket is on a collision course with the upper atmosphere and whatever doesn’t burn up during its descent will impact the planet.

“It is the most massive object to make an uncontrolled reentry since the 39-tonne Salyut-7 in 1991,” wrote Jonathan McDowell, a prominent Harvard astrophysicist who tracks objects in orbit, on Twitter.

The US military, the private Aerospace Corporation and others are tracking the object, with the latest projections showing that the 37,000 pound rocket could enter the atmosphere and begin burning up at any moment.

The rocket body is more massive than the Chinese Tiangong-1 space station that plummeted back to Earth (presumably landing somewhere in the ocean) in 2018. It’s about a fifth the mass of Skylab, which came back to Earth near Perth, Australia in 1979.

Most of the rocket is expected to burn up, but small pieces could make it to the surface, and it may be visible in the sky as it sizzles and meets its end.

Rocket re-entries are notoriously difficult to predict, as the object is moving at thousands of miles per hour. When it breaks up, debris that makes it to the ground can be spread over hundreds or thousands of miles.

Often, larger space vehicles are equipped with means to steer the craft to re-enter over a safe location (typically the south Pacific), but that doesn’t seem to be the case with this rocket.

What does seem certain is that the rocket will re-enter the atmosphere and begin breaking up, if that hasn’t already happened. The spent rocket, which has been labeled CZ-5B by the agencies tracking it, flies within about 41 degrees north and south attitude.

That means any bits that make it to the surface will likely land somewhere in that range, which includes New York in the north, Australia in the south and everything in between. 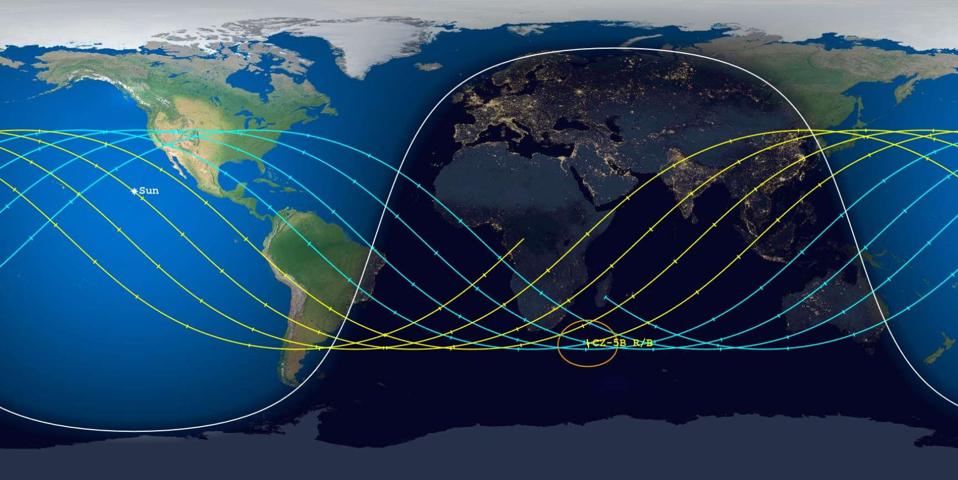 The blue and yellow lines show the rocket’s paths above the planet.

The good news is that there’s almost no reports through history of space junk injuring or killing people, as it typically falls in the ocean or remote areas, which make up much of Earth’s surface.

However, it’s definitely a good idea to keep an eye on the sky today.