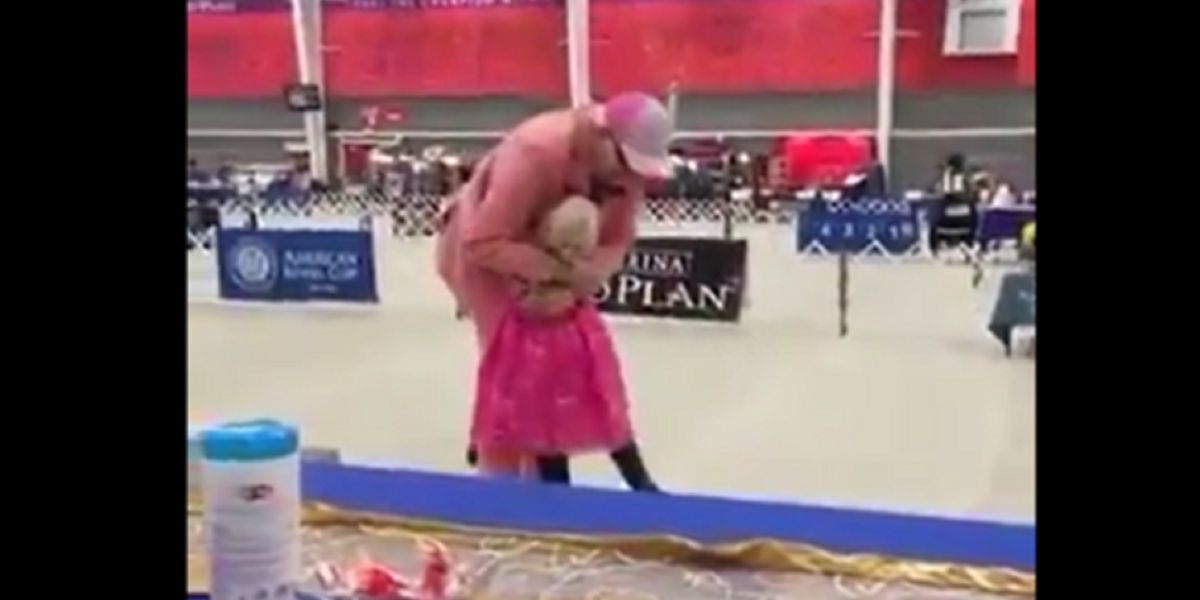 An American Kennel Society judge is earning accolades across the internet after being caught on video taking the time to make the day of one adorable spectator.

According to the folks at Goodable, the judge noticed a little girl “watching from the sidelines” at a show, so he approached the child and found that she had brought her own prized pooch: a stuffed puppy.

With that, he asked the girl if she would like to show her dog. The child, who has autism, agreed, and her reaction afterward will melt your heart.

The clip has hit multiple platforms including Twitter and Reddit, racking up nearly one million views on Goodable alone as of this writing. Former NBA player Rex Chapman shared the video with his 528,000+ followers, whose reactions echoed those on other posts.

Several parents of autistic children expressed how they were touched by the video, with one noting the “pure joy” on the little girl’s face. Many followers said the judge’s actions brought them to tears, and a number concluded that there must be something special about a man who can rock a salmon-colored suit.

The consensus was clear: this judge won best in show.