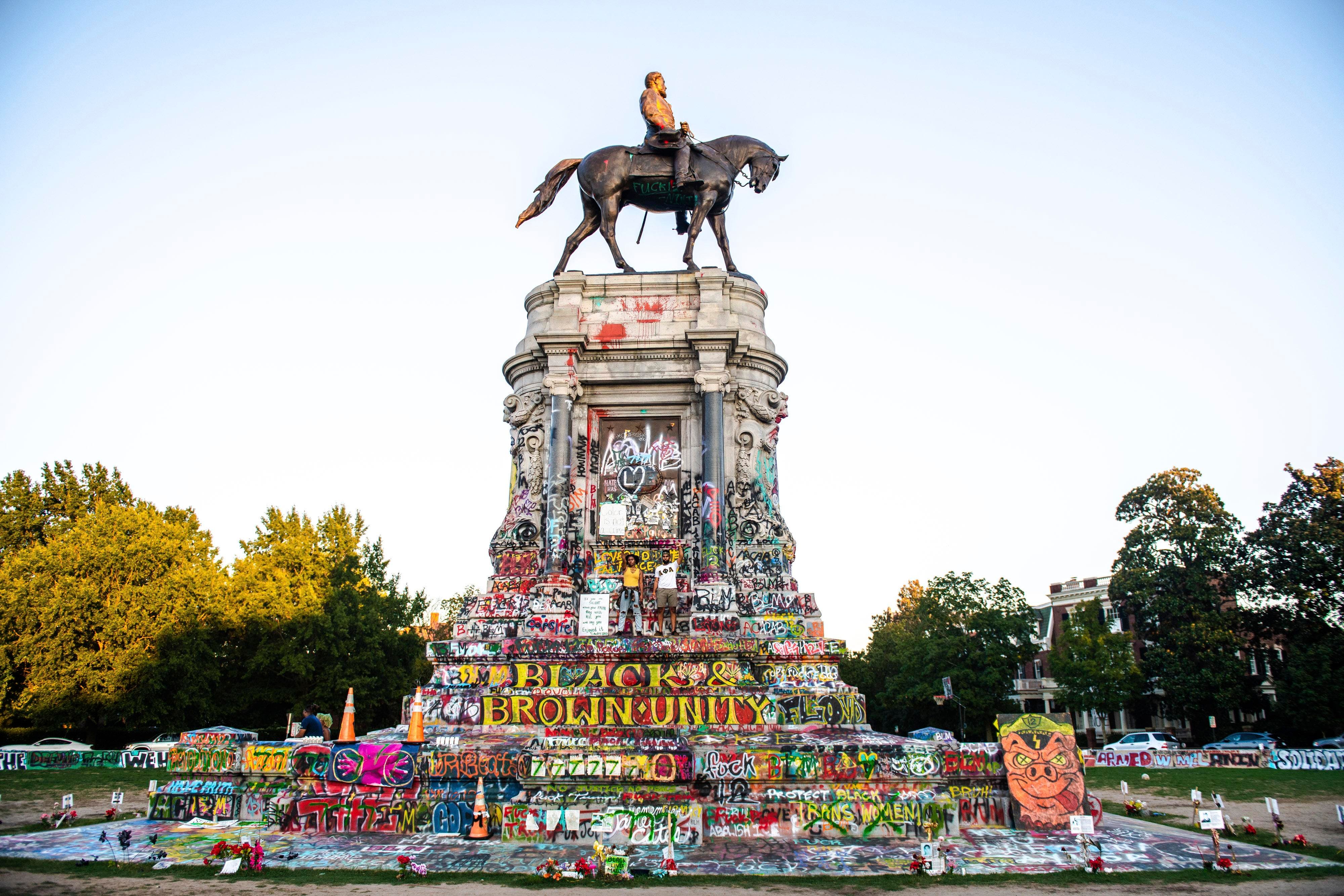 During a campaign speech in Minnesota on Friday night, President Trump praised Robert E. Lee, the Confederate general who fought against the United States in the Civil War. Trump’s praise of a military leader of slave-holding secessionists comes just days after the President blasted teaching about America’s slaveholding past through such initiatives as the 1619 Project. Which begs the question…

Is Trump deploying a new “southern strategy” for the final weeks of the presidential campaign?

In his speech in Bemidji, Minnesota on Friday, Trump addressed the recent removal of Confederate statues in America, including statues of Robert E. Lee. Trump praised the rebel leader, saying he “won many, many battles in a row.”

“It was supposed to end immediately because the North was too powerful for the South,” Trump said. “But it just shows when you have leaders, when you have a great general. And Robert E. Lee, he would have won, except for Gettysburg.”

Minnesota, which fought on the Union side of the Civil War against the secessionists, played a vital role in the multi-day battle at Gettysburg. On July 2, 1863, 262 members of the First Minnesota Volunteer Infantry Regiment fought valiantly at Gettysburg, charging at approximately 1,200 Confederate soldiers at Cemetery Ridge, strategically allowing for Union forces to be reinforced elsewhere in the battle line. 200 of those Minnesotan soldiers died in the charge, which helped secure a victory at Gettysburg, and ultimately a turning point in the Civil War.

Lee, a West Point graduate and decorated Federal officer, declined an offer by Lincoln to lead the Union forces following the start of the war, and instead chose to join the rebels and fight with his native state of Virginia. Ultimately, after a string of losses, Lee surrendered to Union General Ulysses S. Grant at Appomattox Courthouse on April 9, 1865, effectively ending the major fighting of the Civil War. Despite losing the war, Lee who called slavery “evil” yet also was a slaveholder himself, has been lionized by many southerners as the hero of the Confederacy. Following his death in 1870, numerous statues were built by veterans, heritage and civic groups in Lee’s honor, many of which are the statues that are highly contentious today. 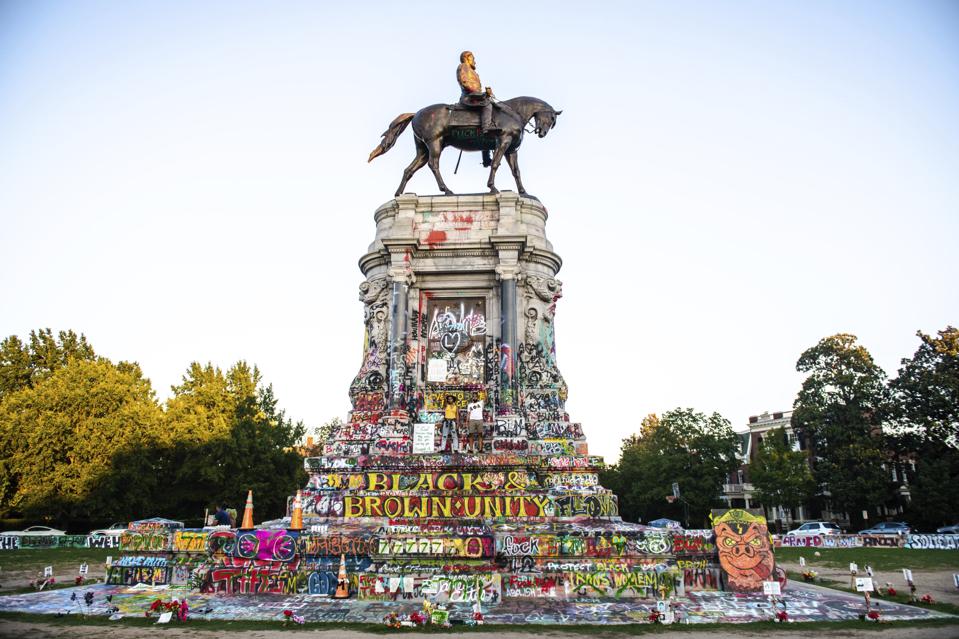 Statue of Robert E. Lee in Richmond, Virginia. On Friday, President Trump praised the Confederate … [+] General during a campaign speech in Minnesota.

Trump’s praise of Lee on Friday comes after an incendiary speech last week in which the President promoted the idea of “patriot education” and dismissed initiatives such as the 1619 Project that focus on slavery and the history of Black individuals in America. Attorney General William Barr also recently diminished America’s racist past by comparing the recent coronavirus lockdowns with the institution of slavery.

Trump’s comments, as well as much of his reelection campaign rhetoric, harkens back to the so-called “southern strategy” deployed by Republicans in the 1960’s and 1970’s. The cynical political strategy was an effort to garner the support of voters in southern states by attempting to exploit implicit and explicit racism against Black individuals, as well as the Civil Rights Movement. The strategy gained traction during Barry Goldwater’s run for president in 1964 and was effectively deployed by Richard Nixon in 1968 and 1972, with whom it is most famously associated.

Trump, who has never refrained from deploying racist dog-whistles in his campaigns, seems to be ratcheting up his effort to be more explicit in appealing to voters with whom the “lost cause” of the Confederacy still holds appeal. And with several southern battleground states very much in play in the final weeks of the 2020 election, Trump’s recent praise of a Confederate hero is a signal to those supporters that he shares their interests.

Ironically, despite Trump’s support of Confederate monuments, and even the general who is the subject of many of them, it was Robert E. Lee himself who worried about the role that war memorials play in a nation’s healing.

“I think it wiser not to keep open the sores of war but to follow the examples of those nations who endeavored to obliterate the marks of civil strife, to commit to oblivion the feelings engendered,” he wrote in a letter declining an invitation to attend a Civil War memorial service at Gettysburg in 1869.

President Trump appears to harbor no such reservations as he hits the stretch run of an already dramatic presidential election. Will his southern strategy be as effective as the one deployed by Nixon? That remains to be seen. But one thing is certain, Trump’s praise of a Confederate hero is not by accident…

And it’s not going unnoticed.