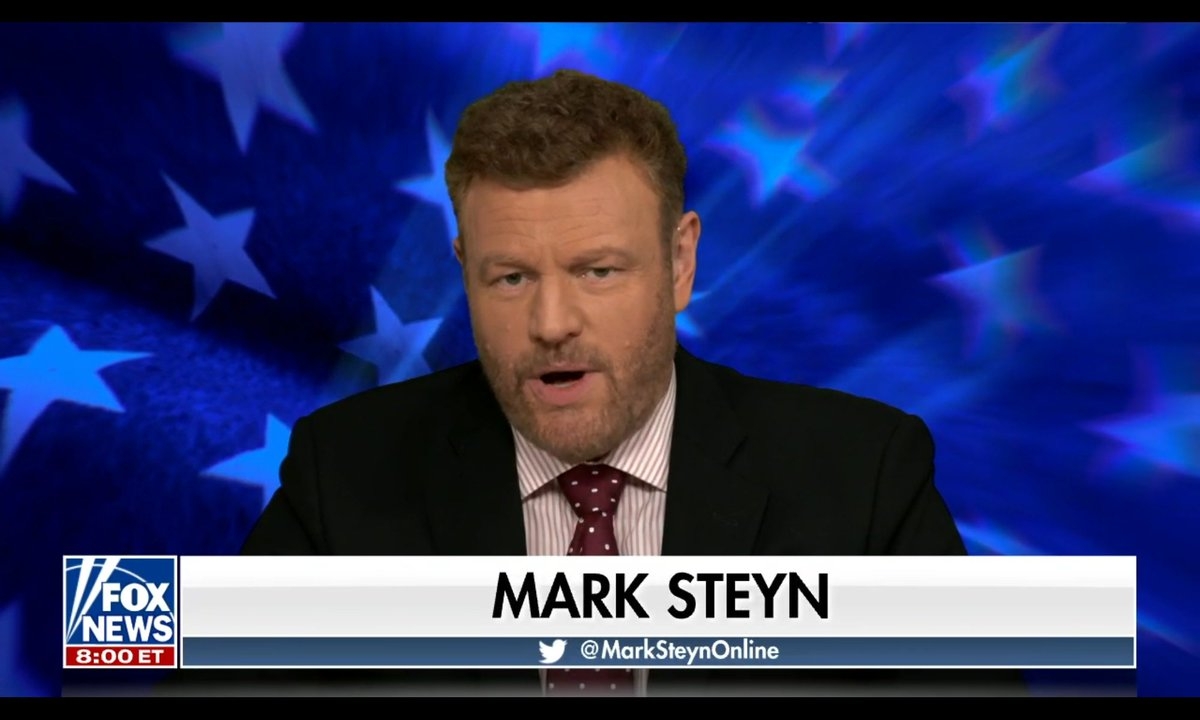 Programming Note: Steyn’s Song of the Week airs today on Serenade Radio in the UK at 5.30pm London time – that’s 12.30pm North American Eastern. You can listen to the show from anywhere on earth by clicking in the top right-hand corner here.

~The week began with an Afghan incursion and a ChiCom pleasure cruise on The Hundred Years Ago Show …and a one-hundred-year-old song whose excitement is in tents.

~Mark’s Monday Notebook mourned the death of Jackie Mason …and celebrated another court defeat for Michael E Mann: it was our most read piece of the week.

You can see more from Monday’s show here.

~On Tuesday Laura’s Links rounded up the Internet from the childless ChiComs to shopping in San Franfeces.

~The live Wednesday edition of The Mark Steyn Show was another double-Covid mutation variant combining our Clubland Q&A with favorite Steyn Show features such as Your Brit Wanker Copper of the Day. Mark took questions from Steyn Club members live around the planet on on a multitude of topics from open borders to Chinese aspirins. You can listen to the full show here.

~On Friday, in his ongoing series, Tal Bachman dug deeper into the strange tale of the New Zealand researcher who abolished biological sex.

~On Saturday, our continuing audio serialization of Mark Steyn’s Passing Parade looked at the dictator who turned an obscure Soviet republic into a one-man stan, and the lawyer who persuaded the courts that it was no longer necessary to be married to get a great divorce settlement.

Later, for our weekend movie date, Rick McGinnis looked at Los Angeles up on the big screen.

~Our marquee presentation was Mark’s latest Tale for Our Time – Burning Daylight, Jack London’s full-length novel sweeping down from the Yukon in the Gold Rush to San Francisco in the Gilded Age, with this week a perilous detour to Lower Manhattan. Click for Part Fifteen, Part Sixteen, Part Seventeen, Eighteen, Nineteen, Twenty and Part Twenty-One. Part Twenty-Two airs tonight.

Mark has written the introduction for Marc Morano’s invaluable new book, Green Fraud: Why the Green New Deal Is Even Worse Than You Think. It’s available (personally autographed by Steyn) direct from the Steyn bookstore, and also as part of a dynamite denialist double-bill.

A new week at SteynOnline begins later today with the second of our summer Sunday poetry-and-music specials and continues with Steyn’s Song of the Week.

The Question Biden Needs to Answer