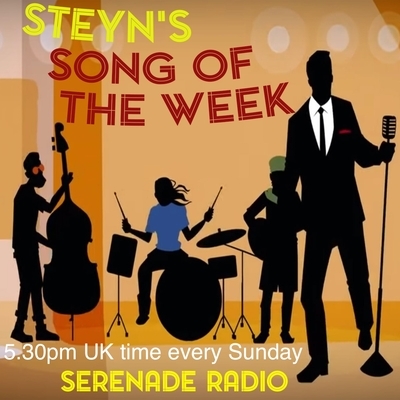 ~With the big bucks these days being in video poetry, Mark kicked the week off with another of his Sunday Poems – The Tyger by William Blake.

~Mark concluded his serialization of George Orwell’s Animal Farm, our latest Tale for our Time. If you missed any of it or wish to have a listen again, you can find all 12 parts here.

~For his Song of the Week, Mark powered up the record player to have a listen to the Cole Porter number “What Is This Thing Called Love?”, with versions by Elsie Carlisle, Connie Haines, and Frank Sinatra.

~From the locked down province of Ontario in the Dominion of Canada, Laura Rosen Cohen took us back to the bread line in Laura’s Links, with stories of cultural relativism and the need to protect your children from the state, among other picks.

~Mark did another live hybrid Clubland Q&A and Mark Steyn Show Wednesday, with stories from Washington to Samoa and questions from around the world on a range of subjects.

~On Friday, Tal Bachman weighed in on the human condition, the pursuit of truth, and virtuous living in an essay fusing the philosophy of Aristotle and Clint Eastwood.

~The weekend started with another episode of Mark Steyn’s Passing Parade, with farewells to the convivial 11th Duke of Devonshire and his sister-in-law, the fascist moll Diana Mosley.

~As always, we spent our Saturday night at the movies, with Rick McGinnis’ take on The Swimmer, an influential mix of Narcissus and Odysseus set to a backdrop of class anxiety and cultural decline, starring Burt Lancaster.

~For Father’s Day, Mark served up a special Song for the Season by Rodgers & Hammerstein.

This afternoon Steyn’s Song of the Week takes to the airwaves on the UK’s Serenade Radio, starting at 5:30pm London time, right after Sing Something Simple. For North Americans, that works out to 12:30pm Eastern or 9:30am Pacific. You can catch it by clicking on the button in the top right-hand corner here.

Tales for Our Time and Mark Steyn’s Passing Parade are special productions for The Mark Steyn Club. The Mark Steyn Club is not to everyone’s taste, but we do have members in every corner of the world from London, Kentucky to London, Ontario to London, Kiribati, and, if you have a chum who’s a fan of classic poems on video or classic fiction in audio, we also offer a special gift membership.