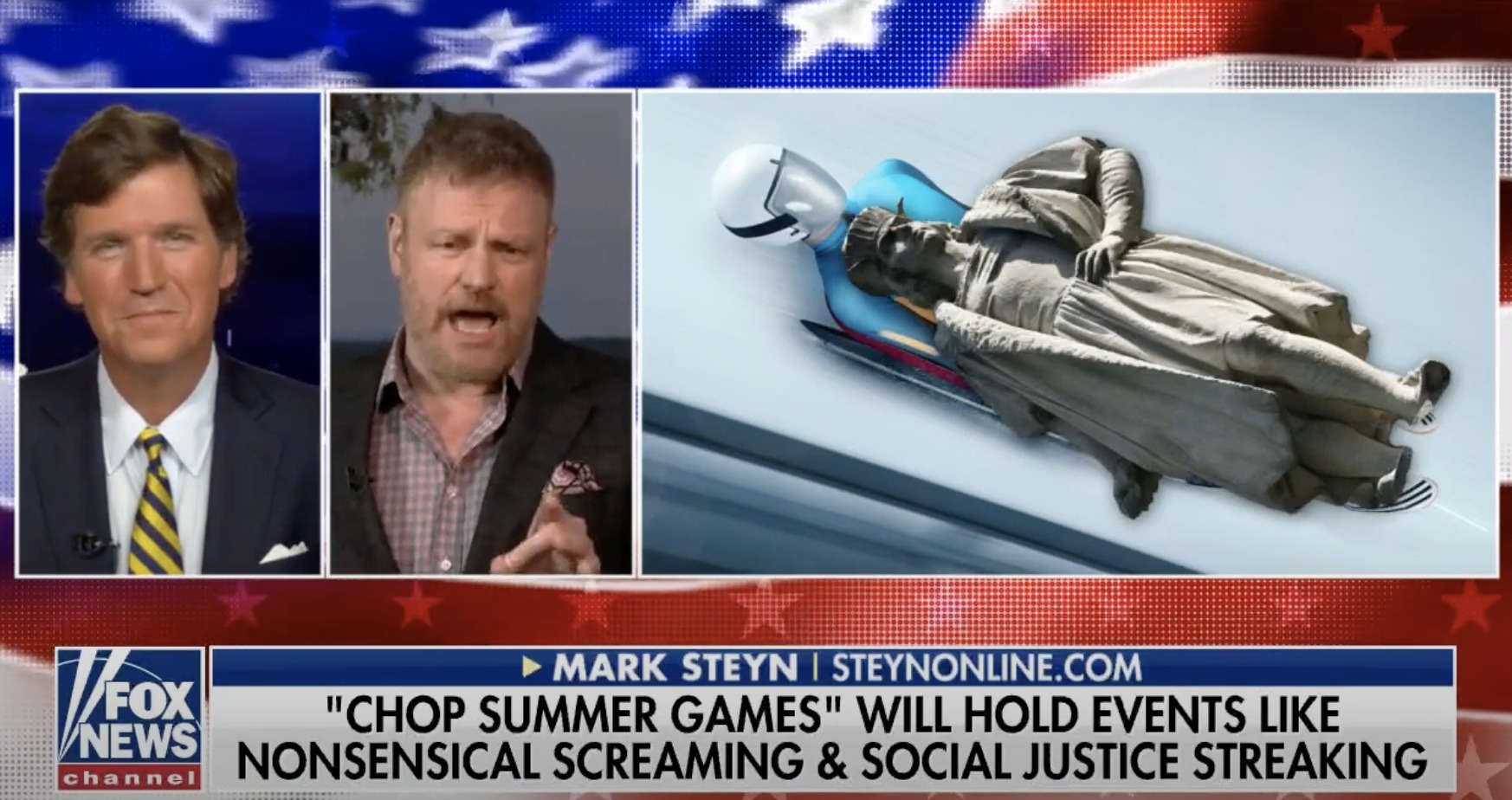 Happy Father’s Day to all our pops, papas and paters around the planet. We have a song for the season, and some poetry and reminiscences on Mark’s weekend show.

~The week began with Mark playing “Misty” for Clint, and with the conclusion of our latest Tale for Our Time – G K Chesterton’s metaphysical thriller The Man Who Was Thursday. Click for the penultimate episode and for the grand finale – or for a good old binge-listen starting with Episode One please go here. Peter, a First Week Founding Member of The Mark Steyn Club from England, says:

I loved the reading – thanks MS!

Thank you, Peter. Tales for Our Time is made with the support of members of The Mark Steyn Club. For more on the Club, see below.

~Monday’s Mark Steyn Show featured riotous commentary on the passing scene, plus municipal renaming for lazy mayors, Your Brit Wanker Copper of the Day, a poem for a land of empty plinths, and a word on Jean Raspail. You can listen to the full show here.

~On Tuesday Steyn marked the fifth anniversary of a certain New York property developer’s descent of a Fifth Avenue escalator.

Also on Tuesday Laura’s Links rounded up the Internet from a Michigan barber’s victory to social media censorship.

~Wednesday’s Mark Steyn Show featured a civilizational fire sale of news and comment – plus the March of the Morons, the manhood of Macron, the first virus …and P G Wodehouse, Bix Beiderbecke and Peter Frampton marching through Georgia.

Also on Wednesday Mark returned to “Tucker Carlson Tonight” to contemplate the new republic of Chop’s plans for a substitute Olympics. Click below to watch:

~On Thursday Steyn considered Senator Tim Kaine’s comments on America “creating” slavery: it was our most read piece of the week.

~Friday’s Mark Steyn Show offered further thoughts on the bonfire of our civilization, plus a Father’s Day surprise for Justin Trudeau, a penny for your racist thoughts, a word for the Royal Navy, Father’s Day in New Hampshire and Bedfordshire, Dame Vera and Sir Paul, and much more. You can hear the full show here.

The Mark Steyn Club is not to everyone’s taste, but we do have members in every corner of the world from Virginia to Vanuatu, and, if you have a chum who’s a fan of classic poems on video or classic fiction in audio, we also offer a special gift membership.

The Truth Dribbles Out