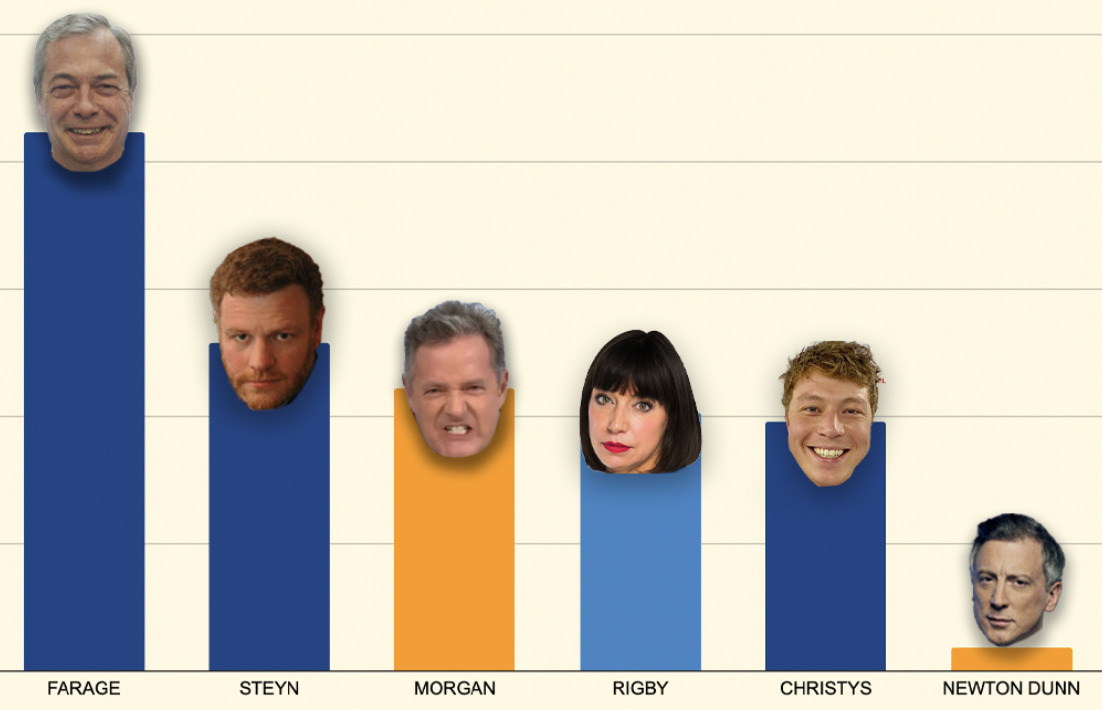 Programming note: Later today Mark will be joining the great Joe Piscopo on his Sundays with Sinatra show, live on 77 WABC in New York from 6pm to 8pm Eastern – Steyn checks in after seven. Just before that we will have another entry to Mark’s anthology of video poetry – because, as Steyn always says, video poetry is where the big bucks are.

~The se’nnight started with a Father’s Day edition of The Mark Steyn Show, another episode of The Hundred Years Ago Show, and a Paul McCartney birthday song you probably weren’t expecting.

~On Monday Mark launched a brand new week of The Mark Steyn Show with some good news: Vikki Spit, vaccine widow and frequent Steyn Show guest, will be the first person in the UK to be compensated for her loss by the Government. It is the first official recognition by HMG that the vaccines kill people. Click below to watch:

Also on the show were Julian Assange’s brother, and news of jabbed children, a doomed English village – and the big picture from Eva Vlaardingerbroek. You can watch the full hour here.

~Tuesday’s Steyn Show began with another neglected story: the Pakistani Muslim gangs of serial child-rapists, and the police and politicians and social workers who enable them. Plus the French elections, the unraveling Covid lies, and trans fever:

Later that day the old EIB band – Snerdley & Steyn – got together on 77 WABC New York to ponder Mrs Clinton’s sudden shift of emphasis and the mysteries of French politics. You can hear the full show here.

~On Wednesday’s show there was more on “grooming gangs” with Rotherham survivor Sammy Woodhouse – plus Alexandra Marshall from Down Under, another vaccine victim Virginia Lamb, and more good news as another Steyn Show guest Joe Ward became the second person in the UK to receive government compensation for the loss of a loved one to the Covid vaccine:

~Thursday’s Steyn Show began with some thoughts by Mark on media groupthink:

Also on the show were Leilani Dowding and Naomi Wolf – plus Andrew Lawton on his new book and Ann McElhinney on abortion and its apologists. You can watch the full hour here.

Also on Thursday Laura’s Links rounded up the Internet, from “going green” to going without.

~On Friday the US Supreme Court struck down Roe vs Wade after half-a-century. Questions and comments on the subject dominated Mark’s Clubland Q&A live around the planet. You can listen to the full show here.

Later Steyn revisited his take on the Roe decision from two decades ago.

The Hundred Years Ago Show and Steyn’s Sunday Poem are special productions for The Mark Steyn Club, now in its sixth year. If you’d like to join our ranks, we’d love to have you. We thank all our First Month Founding Members from May 2017 who’ve decided to re-up for the start of our second half-decade, and we hope others will want to do so in the days ahead. And, if you have a chum who’s partial to classic poems on video or classic fiction in audio, we also offer a special gift membership.

A new week at SteynOnline begins later this morning with a brand new edition of The Hundred Years Ago Show. Mark will have another audio edition of Steyn’s Song of the Week on Serenade Radio Sunday at 5.30pm London time – that’s 12.30pm North American Eastern. You can listen to the show from anywhere on the planet by clicking the button at top right here.