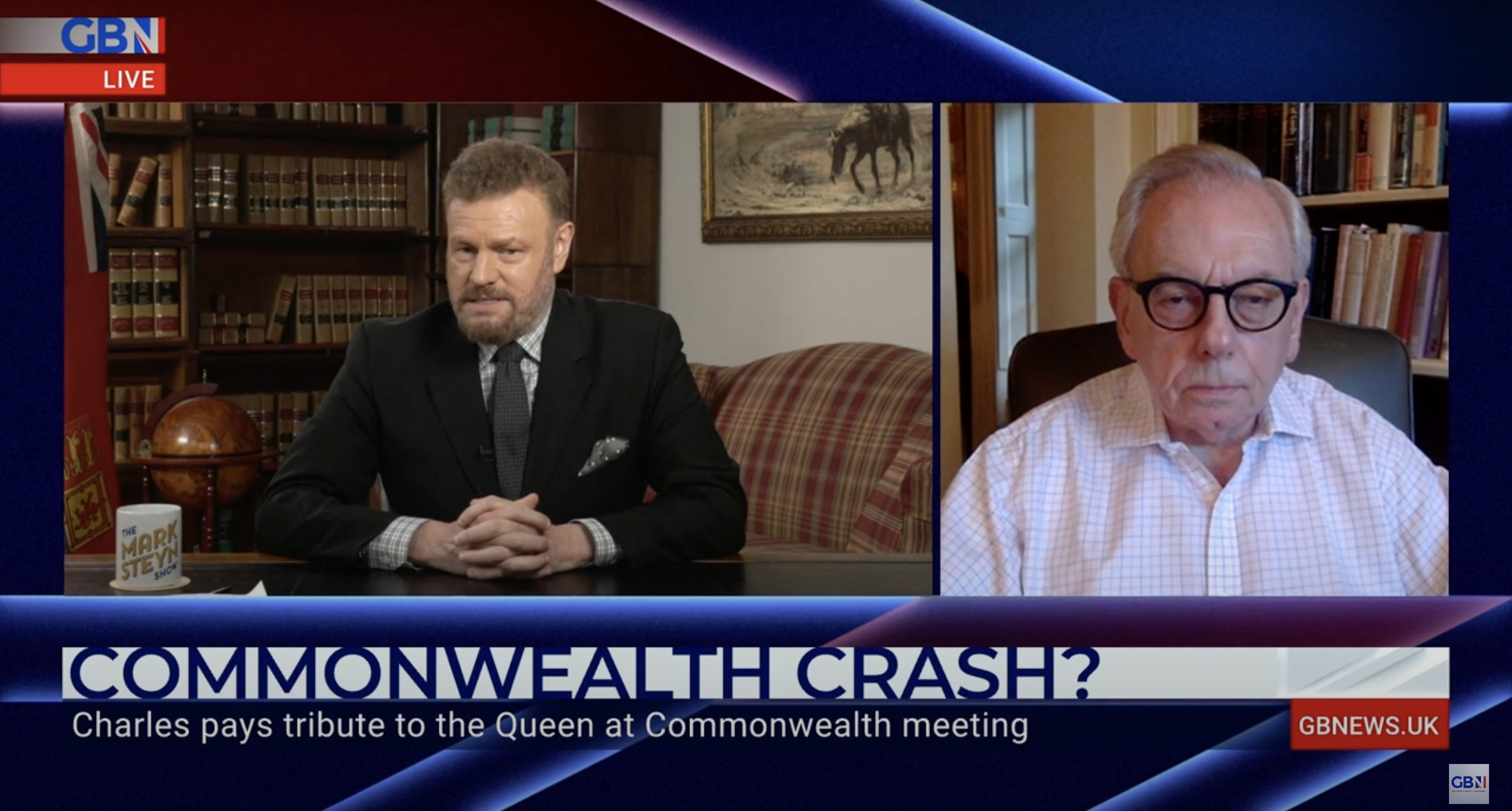 Happy belated Dominion Day to our Canadian readers, and happy Independence Day Eve to those of you from the post-monarchical United States.

~The week began with a jump back to June 1922 and a look at Irish civil war and a princely death in Japan, with songs from Nora Bayes and Al Jolson.

~Keeping with where the big bucks are, Mark delved back into video poetry with a reading of Percy Bysshe Shelley’s On Death, two hundred years after his (Shelley’s that is, not Steyn’s) death.

~With the clock ticking down to Dominion Day, Mark picked the peripherally Canadian “My Way” to fete as his Song of the Week.

~On Sunday evening, Mark went back to the glory days of Big Apple music radio, talking about Frank Sinatra on air with Joe Piscopo.

~The Mark Steyn Show returned to GB News on Monday with talk of the G7, Britain’s migrant tide, gays and Muslims, and the “science” of mass-jabbing infants.

~On Tuesday, Mark checked in with his old chum James “Mr Snerdley” Golden on WABC, talking about the global response to Roe v Wade and a pop star’s live citizenship renunciation.

~Mark closed out the GB News week with Canadian vaccine victim and former parliamentary candidate Cyara Bird, Leilani Dowding on toxic masculinity, and David Starkey on the monarchy and William the Woke.

~To Mark Canada’s 155th birthday, Mark hosted a Dominion Day-themed Clubland Q&A, fielding questions from Mark Steyn Club members around the world about the remnants of Canada’s national day, among other things.

~Rick McGinnis kept our Saturday night movie date with a screening of Robert Altman’s The Long Goodbye and thoughts on its unlikely leading man Elliott Gould.

The Hundred Years Ago Show and Steyn’s Sunday Poem are special productions for The Mark Steyn Club, now in its sixth year. If you’d like to join our ranks, we’d love to have you. We thank all our First Month Founding Members from May 2017 who’ve decided to re-up for the start of our second half-decade, and we hope others will want to do so in the days ahead. And, if you have a chum who’s partial to classic poems on video or classic fiction in audio, we also offer a special gift membership.

A new week at SteynOnline begins later this morning with a brand new edition of The Hundred Years Ago Show. Mark will have another audio edition of Steyn’s Song of the Week on Serenade Radio Sunday at 5.30pm London time – that’s 12.30pm North American Eastern. You can listen to the show from anywhere on the planet by clicking the button at top right here.