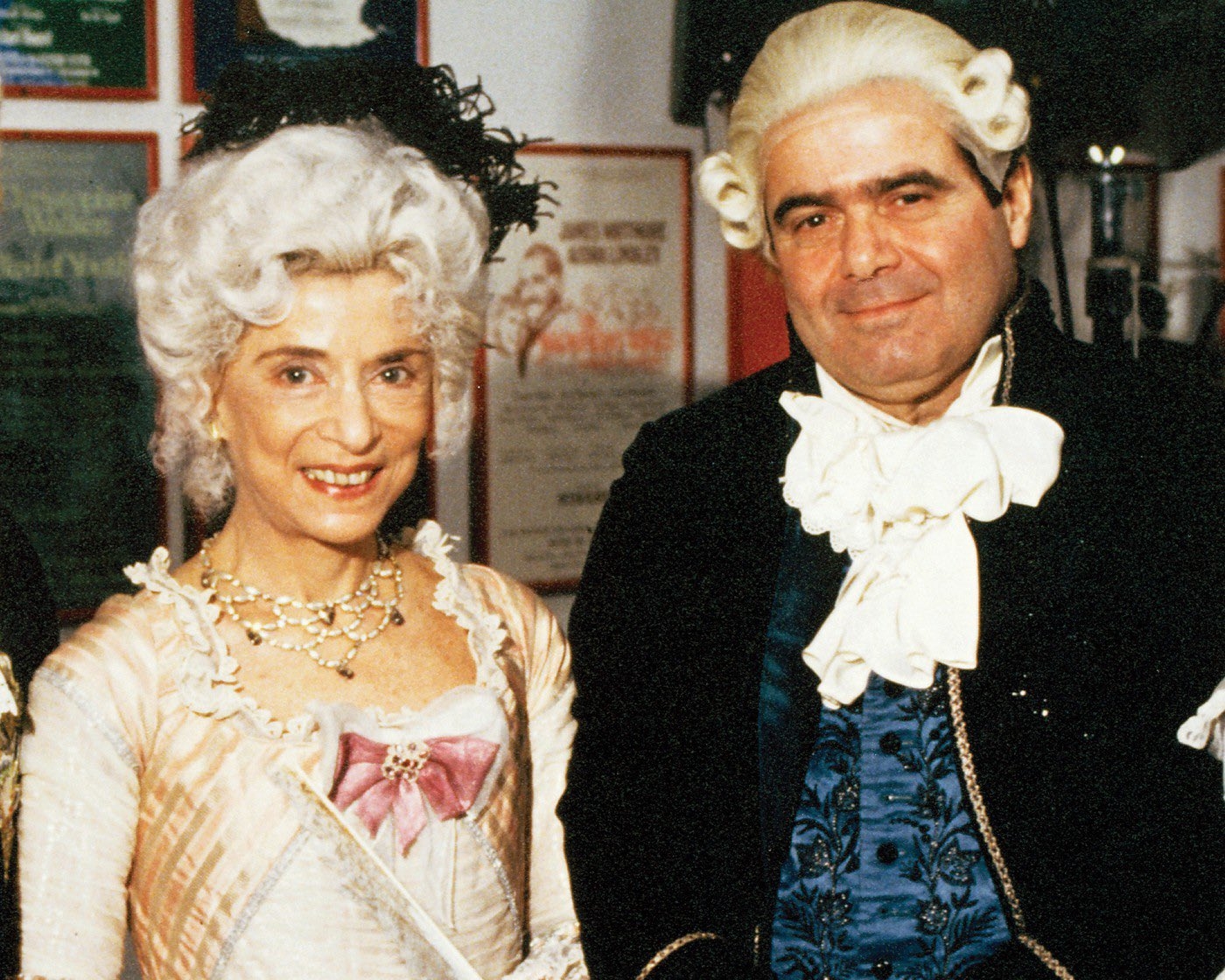 ~The big news of the week in America broke late on Friday: the death of Ruth Bader Ginsburg – and the acceleration of an already crazy year to Spaceballs “ludicrous speed” for the next six weeks. Steyn’s Saturday column shared a few thoughts on a very consequential judge.

~A week earlier, the new se’nnight began with his salute to a classic song: “Body and Soul.“

~Mark’s Monday Notebook considered the disgusting spectacle of large numbers of Californians glorying in the murder of two police officers. It was our most read piece of the week.

~Tuesday’s edition of The Mark Steyn Show surveyed the scene from Los Angeles to Melbourne, Scotland to New Brunswick at the dawn of the Dis-Enlightenment – with a premature Kamala, an apocalyptic Joe, a Brit Wanker Copper spin-off, a day to turn in your guns, Democrat presidential racism, plus Big Pharma, Big Trans, but not big enough flying buttresses.

~On Wednesday Tal Bachman looked at Fauxto Rican prof Jessica Krug, while Laura’s Links rounded up the Internet, from a sudden outbreak of world peace to 9/11 gone woke.

Later Mark swung by the Number One primetime show in America, “Tucker Carlson Tonight”, to consider the pitiful relationship between politicians and pop stars. Click below to watch:

~On Thursday Steyn checked in with Sky News Down Under and joined Chris Kenny on “The Kenny Report” for a quick overview of the American scene – and whether the left is willing to virtue-signal unto death:

~For Friday’s weekend edition of The Mark Steyn Show Mark weighed the competing merits in a locked down world of Van Morrison and Boris Johnson; and how to have a floppo political campaign and still come out with a beach house and a Ferrari – plus Baptists and Cuties, Princeton’s racism, the vast kingdom of Biden’s brain, Mickey Rooney’s songwriting, and much more.

The Mark Steyn Club is not to everyone’s taste, but we do have members in every corner of the world from Virginia to Vanuatu, and, if you have a chum who’s a fan of classic poems on video or classic fiction in audio, we also offer a special gift membership.

News DSMW - August 18, 2022
0
This dynamic duo just bopped to the top of our For You page. Ashley Tisdale and TikToker Chris Olsen teamed up to make an iconic TikTok using the audio from High School Musical 3's... ...

News DSMW - August 18, 2022
0
You don't need to look beyond the pines to see Eva Mendes' love for Ryan Gosling. On Aug. 18, the actress gave fans a glimpse into her romance with the La La Land star--with whom... ...
MORE STORIES

Ashley Tisdale Recreates High School Musical’s “I Want It All” With...