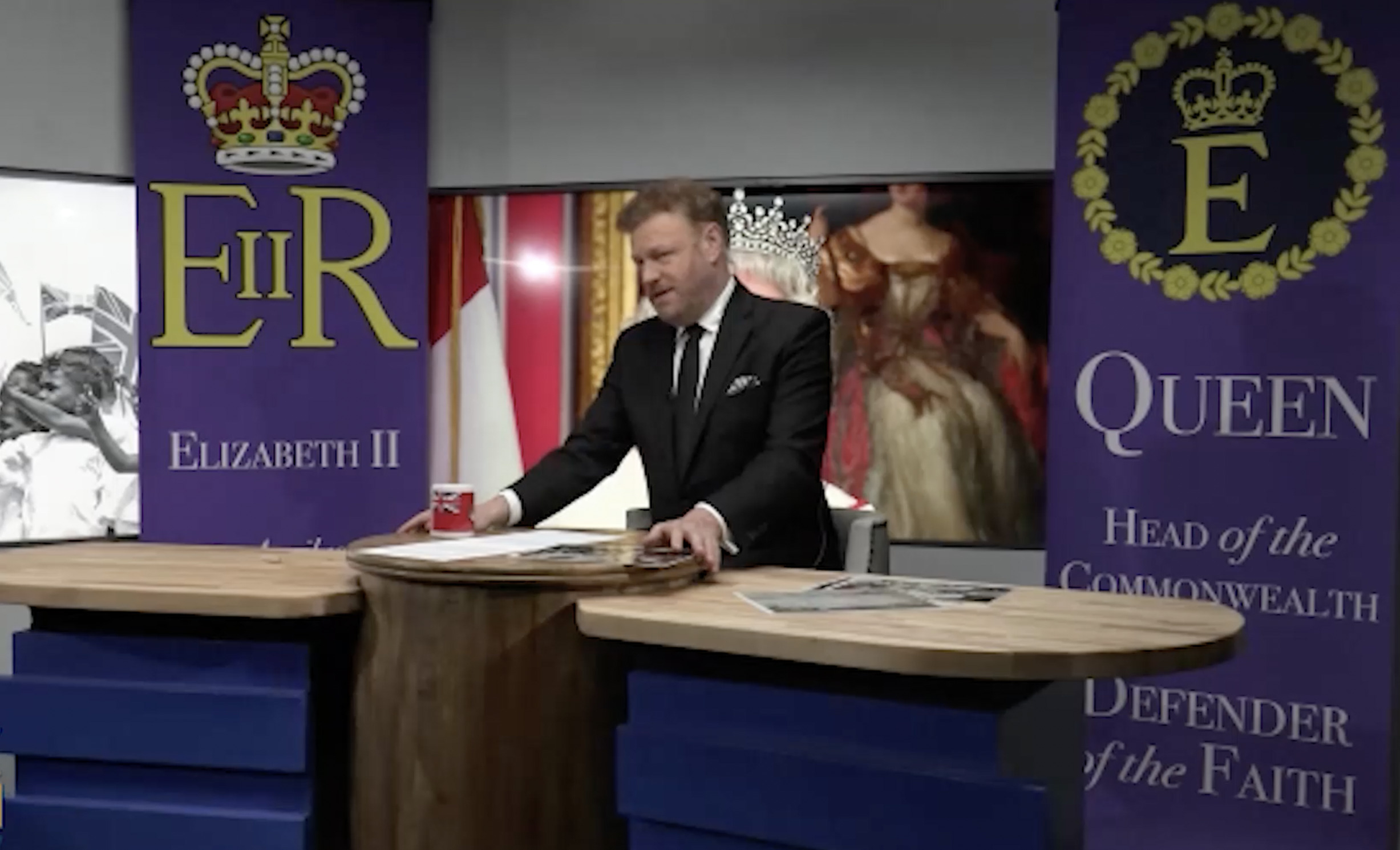 ~The week began with a brand new entry to Steyn’s anthology of video poetry – in this case by the Queen’s first poet laureate.

Later on Sunday, Steyn’s Song of the Week found Mark in an elegaic mood.

~On the day of the Queen’s funeral, Steyn presented a special edition of The Mark Steyn Show with historian Helen Rappaport examining the contrasting fates of Europe’s royal houses.

~On Tuesday the old EIB band – Snerdley & Steyn – got back together on 77 WABC New York to mull events on both sides of the Atlantic, from Biden at the back to Venezuelans at the Vineyard. You can hear the full discussion here.

~On Wednesday Mark’s Midweek Notebook looked at various aspects of the degeneration of the west. It was our most read piece of the week.

~On Thursday Laura’s Links rounded up the Internet from peak trans to vaxed kids.

~On Friday Mark hosted another Clubland Q&A with questions from Steyn Club members live around the planet on a variety of topics from the globalist conspiracy to what a fool believes. You can listen to the full show here.

Also on Saturday Steyn offered his weekly sense of perspective in The Hundred Years Ago Show.

Steyn’s Sunday Poem and our Steyn Show Specials are special productions for The Mark Steyn Club, now in its sixth year. If you’d like to join our ranks, we’d love to have you. And, if you have a chum who’s partial to classic poems on video or classic fiction in audio, we also offer a special gift membership.

A new week at SteynOnline begins this afternoon with our Song of the Week.

News DSMW - November 28, 2022
0
WhatsApp has introduced a new feature that lets you send messages to yourself like reminders and shopping lists, parent Meta has confirmed with TechCrunch. Called "Message Yourself," the feature was first spotted by WaBetaInfo several weeks ago as part of a beta test, but is now being rolled out globally...