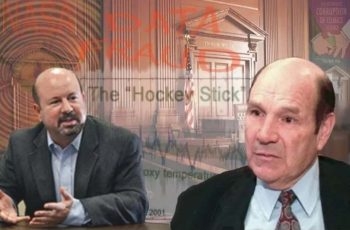 Programming note: Mark will have a brand new edition of Steyn’s Song of the Week on Serenade Radio Sunday at 5.30pm London time – that’s 12.30pm North American Eastern. You can listen to the show from anywhere on the planet by clicking the button at top right here.

~The week began with a Song of the Week that is, alas, all too topical.

~On Monday Steyn saluted a great warrior in the cause of truth in climate science, Dr Tim Ball. It was our most read piece of the week.

Tim was sued by the litigious and thin-skinned global warm-monger Michael E Mann. Doctor Deadbeat lost the case but refused to pay Ball’s seven-figure legal fees, as ordered to do so by the British Columbia Supreme Court. As a result, Tim’s family requires some assistance with the costs of his modest burial. You can find more details here. He was an indomitable spirit, hounded to the grave by the disgusting Mann.

Later on Monday, the week’s first edition of The Mark Steyn Show found Mark discussing with historian David Starkey the pursuit of entirely mythical “universal values”. Click below to watch:

Also on Monday’s show were Anne-Élisabeth Moutet on the new Italian prime minister, and a trio of doctors calling for an end to Covid vaccines for children. You can watch the full hour here.

~Tuesday’s Steyn Show started with toxic gas bubbles in the Baltic, and moved on to talk immigration with Eva Vlaardingerbroek and Harvey Proctor, a Gates-Clinton-Xi deal with Natalie Winters, and a Covid-compliant media with Mark Sharman:

Also on Tuesday the old EIB band – Snerdley & Steyn – got back together at 77 WABC New York to mull various subjects from, um, Rachel Dolezal naked to, er, a very particular kind of, ah, prosthesis. You can hear the full discussion here.

~On Wednesday The Mark Steyn Show looked at various aspects of “The Great Reset” with the author of a brand new book on the subject, Marc Morano:

Also on the show were James Melville on the Nord Stream pipelines, Alexandra Marshall on Giorgia Meloni, and Jamie Jenkins on a very fatal August. You can watch the full hour here.

~Thursday’s Steyn Show began with Kamala in Korea, followed by Leilani Dowding on an escalating war, Dr Joseph Fraiman on some truly astonishing numbers on the Covid vaccines, and Toby Young on his victory over the totalitarian goons at PayPal:

Also on Thursday Laura’s Links rounded up the Internet from the end of Canada’s Covid regime to a fetishised view of womanhood.

~On Friday Mark hosted another Clubland Q&A with questions from Steyn Club members live around the planet on a variety of topics from the Nord Stream knockout to a song for the end of the world. You can listen to the full show here.

Due to some last-minute weekend travel, Mark’s weekly sense of perspective in The Hundred Years Ago Show will air later today.

The Hundred Years Ago Show and our Clubland Q&A are special productions for The Mark Steyn Club, now in its sixth year. If you’d like to join our ranks, we’d love to have you. And, if you have a chum who’s partial to classic poems on video or classic fiction in audio, we also offer a special gift membership.

A new week at SteynOnline begins this afternoon with our Song of the Week.