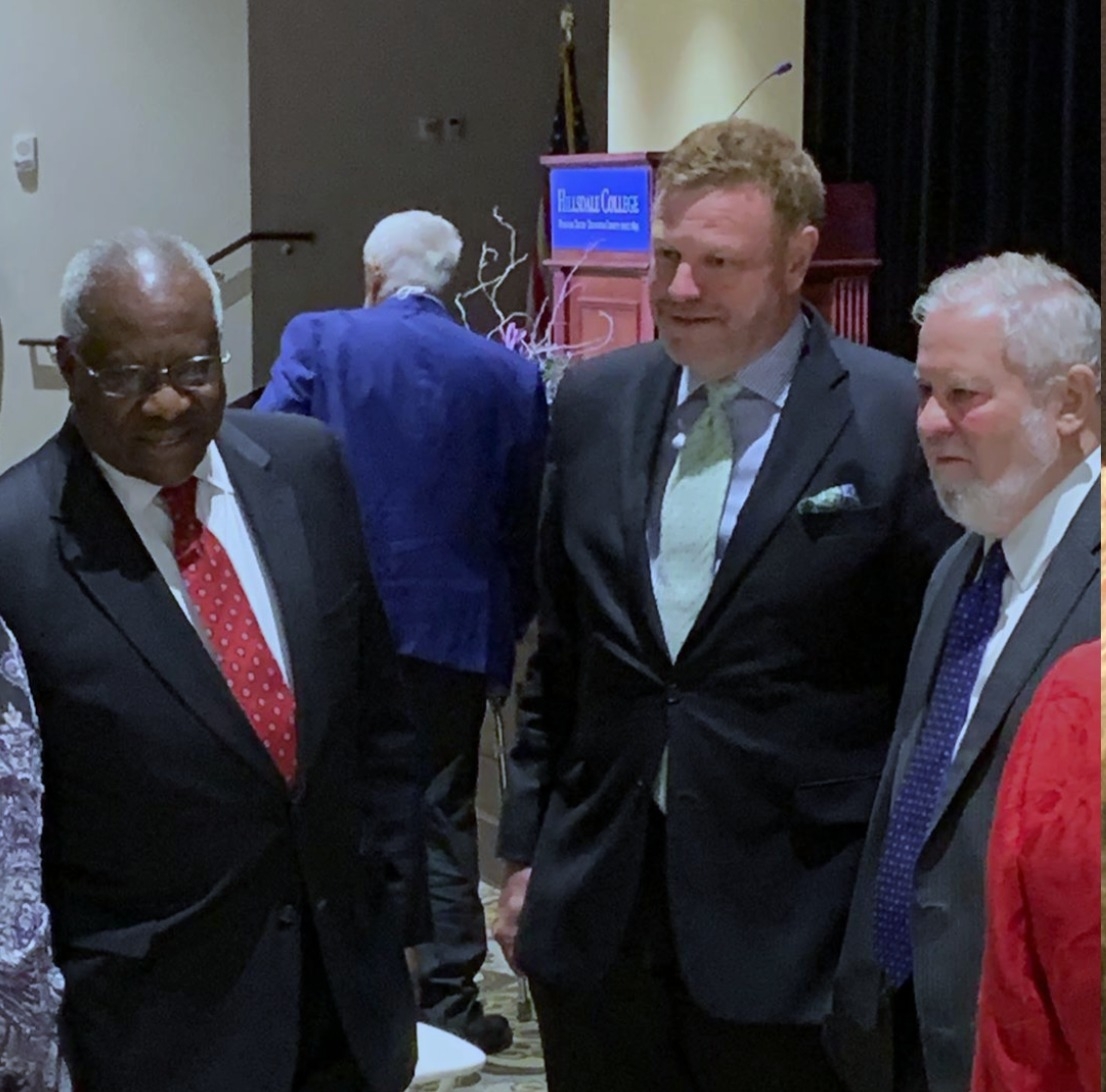 This week Mark was in Michigan with Clarence Thomas, Mollie Hemingway, Victor Davis Hanson and Pat Sajak for Hillsdale College’s 175th birthday and the dedication of its beautiful new chapel – and rounded things out with a Sunday morning appearance on Sky Australia’s “Outsiders” (we’ll link to any video as soon as it’s posted).

~On Monday Mark learned to camp with the world’s wokest mammy singer. “Blackface Narcissus” was our most-read piece of the week.

Later he joined Tucker Carlson to address the subsequently #MeTooed Robert De Niro’s incisive analysis of the current administration. Click below to watch:

~Tuesday’s edition of Laura’s Links offered a tour of Internet delights from Yiddish dogs and Liberal underbusing to wheeling tortoises and gender-free policing.

Afterwards Mark checked in with Tucker Carlson to agree with Joe Biden that the Democrat “frontrunner” is indeed going nowhere:

~On Friday Mark hosted another Clubland Q&A taking questions live from Mark Steyn Club members around the planet on a range of topics from President Pence and post-presidential Trump to conservatism’s free-speech fainthearts and Swedish proposals for more cannibalism. You can listen to the full show here.

Clubland Q&A is made with the support of members of The Mark Steyn Club. For more on the Steyn Club, see here.

~For our weekend movie date Mark observed the hundredth birthday of the best Blofeld.

Much of what we do here each month, including Tales for Our Time, Steyn’s Song of the Week and our Sunday Poem, we also do live and on water on our Mark Steyn cruises. We thank you for all your kind comments about last month’s Alaskan voyage – and are thrilled that so many have already signed up for next year’s Third Annual Steyn Cruise, with Michele Bachmann, Conrad Black, Douglas Murray and more. For more information, call +1 (770) 952-1959 if you’re dialing from beyond North America – and, if you’re calling from Canada or the US, it’s 1-800-707-1634. Or you can email your query here.

A new week of print, audio and video delights begins tonight at SteynOnline with a special live-performance edition of Steyn’s Song of the Week.