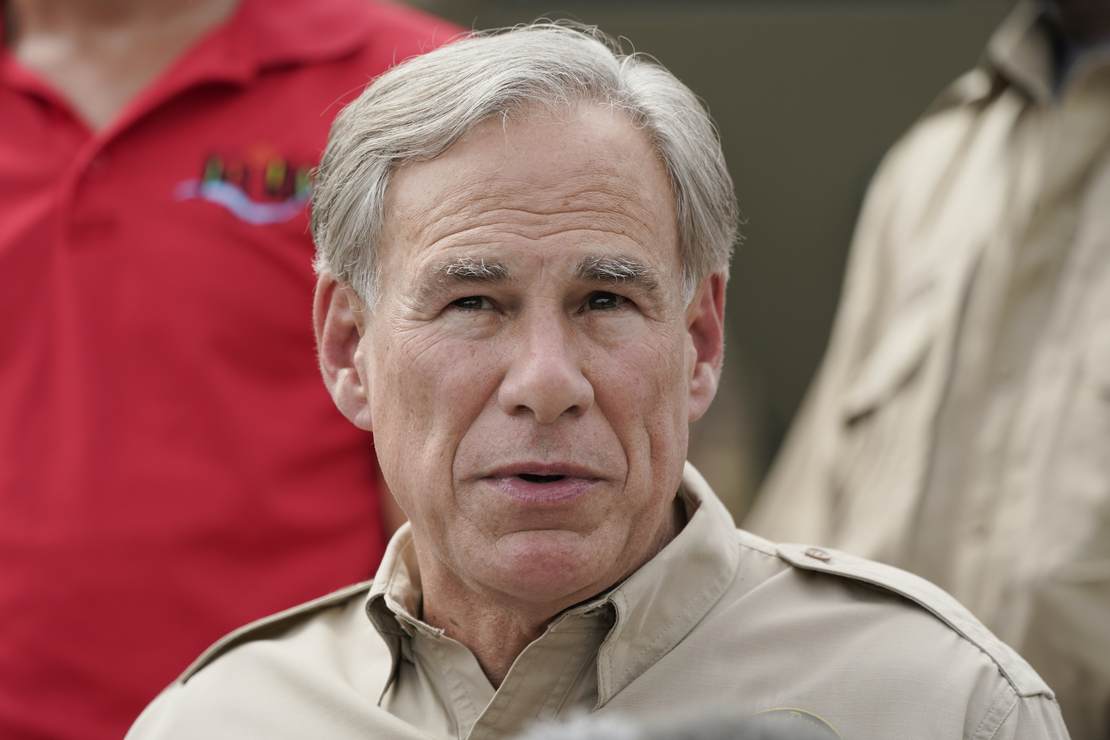 Texas Governor Greg Abbott took a tour of the southern border at Eagle Pass on Monday. During his time there, he gave a press briefing. He was joined by DPS Director Steve McCraw, Texas Adjutant General Thomas Suelzer, State Representative Eddie Morales, Eagle Pass Mayor Rolando Salinas, and National Border Patrol Council Vice President Hector Garza. In other words, he was surrounded by people who are involved with the governor in stopping the flood of illegal migrants crossing into Texas from Mexico. As usual, there was no representation from the Biden administration.

Monday was the day that Title 42 was set to expire if the CDC, Joe Biden, and DHS had its way. However, a federal judge blocked the Biden administration from ending Title 42. That same judge, U.S. District Judge Robert Summerhays of the U.S. District Court for the Western District of Louisiana, blocked a partial halt to Title 42 in only the states of California and New Mexico a few days earlier. Governor Abbott wanted to address the Biden border crisis as it is in real time in Eagle Pass. The epicenter of mass illegal migration is shifting from Del Rio (where the flood of Haitians cross the border) to Eagle Pass where coordinated efforts for migrants to cross the Rio Grande River each day are underway by cartels and human traffickers.

It’s a win that Title 42 is still in effect but it probably isn’t the win it is assumed to be by supporters of securing the southern border. Title 42 continues to be used today but nothing has changed. It’s business as usual with Border Patrol agents and law enforcement in border communities overwhelmed with the number of migrants arriving every day. There is still not enough personnel on the ground or resources for border communities to handle the influx of migrants. The ruling from Judge Summerhays came down on Friday. As expected, the Justice Department will appeal Summerhays’ ruling.

So, what’s a border state like Texas to do? Governor Abbott pointed out that neither Joe Biden nor Kamala Harris has ever spoken to him about the border crisis. Never once. DHS Secretary Mayorkas hasn’t spoken to Abbott since February 2021. This is amazing, even for bumbling Joe and cackling Kamala. They can’t even pick up a phone and pretend to be interested in what is going on? I guarantee you if Texas had a Democrat governor (that sends a shutter down my spine) he or she would have at least been with Kamala when she did her phony visit to the border. She went to El Paso, not the Rio Grande Valley, and was on the ground only a few hours. Mayorkas was with her. It was all just a photo op for the alleged border czar to look like she was doing something. Most shocking is that Mayorkas has ignored Abbott and Texans for so long. He’s made a few trips to Texas but as we see, nothing changes. States are left on their own.

During the press conference, Governor Abbott provided an update on Texas’ border security strategies along the Rio Grande. In effort to thwart cartel activity along the Texas-Mexico border, Governor Abbott noted that the State of Texas continues surging resources — including razor wire — to border communities to build stronger, more efficient barriers to deter illegal crossings between ports of entry. He also discussed Texas’ continued efforts working collaboratively alongside law enforcement partners in Mexico and the governors of the Mexican States of Chihuahua, Coahuila, Nuevo León, and Tamaulipas, who signed historic border security memorandums of understanding with Texas last month.

Governor Abbott also detailed the State of Texas’ ongoing support for local border communities as they mitigate the mass influx of illegal immigrants, deadly drugs, and weapons across the Rio Grande, including continuing to bus migrants from Texas to Washington, D.C. As of today, the Governor announced that a total of 45 buses have left for Washington, D.C.

“Texas communities are bearing the burden of the Biden Administration’s open border policies, and the State of Texas will not allow the inaction of the federal government to impede on the safety and security Texans deserve,” said Governor Abbott. “The Lone Star State will not waiver in our efforts to secure the border, and we will continue to do deploy all resources necessary to prevent the flow of deadly drugs like fentanyl, human smugglers, dangerous criminals, and other illegal contraband from coming into Texas. Operation Lone Star continues to fill in the gaps where the federal government has failed Texans, and I thank local law enforcement, the Texas Department of Public Safety, and the Texas National Guard for their continued collaboration in taking unprecedented measures to secure the border.”

The bus rides to Washington, D.C. for willing migrants will continue. Border communities have no way to handle “illegal migrants dumped off in their communities” by the busloads. So, buses will go to Washington.

‘They had no capability of dealing with them,’ Abbott told the press gathered in Eagle Pass City Hall. ‘And they talked about having to put them on buses and send them up to San Antonio. I said, I’ve got a better idea – we’re going to send them to Washington, D.C.’

‘We’re trying to help communities… along the southern border not have to deal with this tidal wave of people in their communities,’ he added. ‘So we are a relief valve for those communities by moving the migrants out and getting them to Washington, D.C.’

‘And we’re up to our 45th bus now, when you add a zero to that, I think Washington D.C. is going to soon find out they’re dealing with the same consequences as we’re dealing with,’ Abbott proposed.

On Monday, hundreds of migrants were released from CBP custody. They were bussed to Mission: Border Hope, a nonprofit in Eagle Pass. They are sheltered there until the nonprofit can organize buses to take them to San Antonio. From there they either take a plane or a bus to their final destination. This is the same process that has been used since the border was overwhelmed. There isn’t enough shelter space available. Migrants are moved away from the border and into the interior of the United States. The Biden border crisis has made every state a border state.

Immigration is a federal issue and border security is the first responsibility of the president. Abbott is right to call the Biden border crisis a manmade crisis. It’s intentional, as is evident at this point. Title 42 will have to end at some point. At least for now it remains in place to give a little relief to border communities. You’d think the president or Kamala could at least pick up a phone, certainly Mayorkas should be doing that.