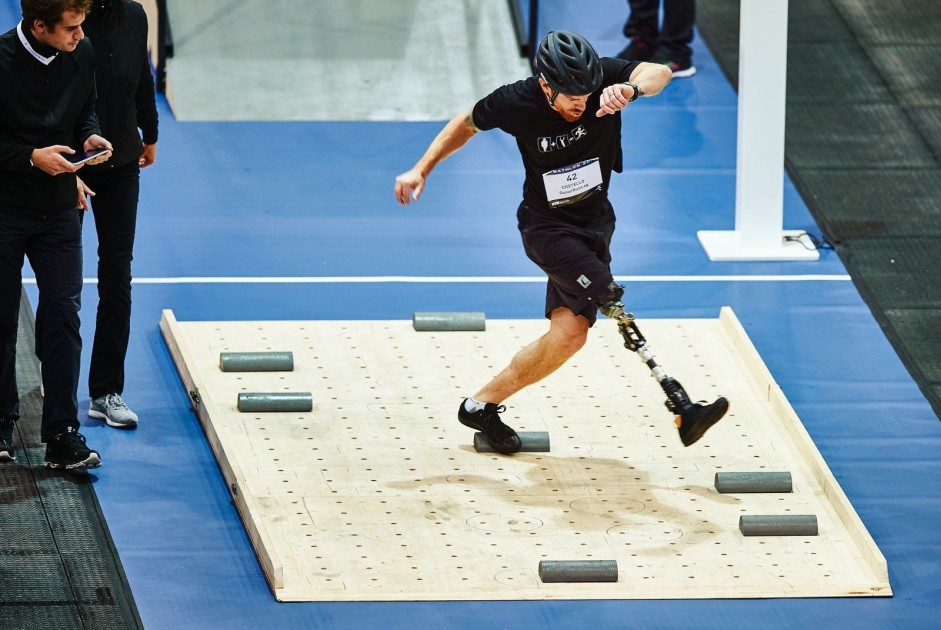 It’s hard to get past Twitter’s blunder with Voice Tweets this year, but if you can, you might feel more forgiving. “For all the scrutiny Twitter gets, their accessibility in general has always been good,” Aquino said. As one of the smaller companies on this list, Twitter did not have a formal accessibility team prior to the Voice Tweets debacle, and instead relied on volunteers within its organization. The company has since acknowledged its severe oversight in that respect and formed two new teams to make both its products and workplace more accessible.

“We recognize we still have a lot of work to do, so we’ve made a commitment to make Twitter more inclusive for the disabled community,” said Diana Macias, the company’s senior manager for software engineering. “We are building an accessible-first culture,” she added.

Prior to this year, Macias said that Twitter had established third party accessibility audits across iOS, Android and web clients. It’s also added support for screen readers like VoiceOver and TalkBack, as well as braille displays, keyboard shortcuts and switch control keyboards on iOS.

Considering its accessibility teams were only formally constructed this year, it’s no surprise that Twitter still has a lot to do. But Macias promises that its Experience Accessibility team will “work directly with other teams to ensure we’re held accountable in identifying and filling accessibility gaps throughout the product development lifecycle.”

Looking forward: How the industry can do better

Overall, the companies with bigger scopes did more to improve accessibility of their products, which makes sense. Because they aren’t as wide-ranging, Twitter and Facebook had less to show for their efforts on that front. But that doesn’t mean they can’t do better — both social networks have massive reach and influence the lives of billions of people.

Beyond the six giants I focused on, there are still plenty of businesses in tech to consider. Many other companies also made significant improvements in terms of accessibility in 2020. Rachfal pointed to Peloton integrating Google’s Talkback into its products as an example this year. Plenty of tech and tech-adjacent products were also launched this year that directly address issues of accessibility, like EnChroma’s glasses to help color-blind people see more hues, and various hearing aids designed like wireless earbuds for easier use.

On the other hand, there are far too many services that need to work harder. “Slack, Yelp, Lyft, Postmates and UberEats are a few (iOS apps) I use regularly that aren’t good citizens when it comes to accessibility,” Aquino said. “Their designs leave a lot to be desired in an accessible context, and they don’t adopt APIs like Dynamic Type to match the user’s system-wide text size setting.” It’s also all too easy to overlook things like packaging or setup processes when designing a product to be accessible. Both Microsoft’s Lay-Flurrie and Google’s Kemler highlighted the importance of making sure that their products can be used out of the box and independently without requiring the assistance of another person from the beginning. But not every company considers this.

In some cases, entire industries need to look more closely at how they’re failing people with disabilities. “Healthcare companies still have a long way to go,” Rachfal said. While there has been a large shift towards modernizing infrastructure as telehealth adoption skyrocketed this year, “there are still companies out there that use inaccessible kiosks and touchscreen displays for their patient interactions,” he pointed out. This keeps a person with a disability from being able to independently check in when they enter a clinic or diagnostic lab, meaning they’ll have to ask a stranger to help fill out personal information or wait for staff to attend to them.

Even within the realm of disability, there are certain areas that get overlooked. Like Lay-Flurrie noted, many conditions aren’t immediately obvious and tend to get neglected. She highlights mental health as an area of focus moving forward, along with other conditions on the neurodiversity spectrum.

There’s also the issue of intersectionality in disabilities, according to Vogler. “The DeafBlind community is still being left out of many of the accessibility improvements and the conversations around them,” he said.

With so much to consider and such a broad scope, it can be daunting to figure out how best to approach accessibility in tech. The good news is, the industry collectively is more aware of the issues than ever. “Now It’s almost like the companies get it finally,” Panek said. “They’re understanding that they’re going to alienate some of their users if they don’t think about this stuff.”

Yes, mistakes may sometimes be made. But shying away from a problem is not the answer. Nor is waiting till a later stage in product design to consider if something is accessible. All the disability advocates I spoke with said it’s important for companies to work with groups like the NAD and the ACB.

“Have conversations with the broader community. Don’t make assumptions,” Rachfal said. “The more companies are willing to admit that they don’t know everything and have these conversations,” he said, “problems in a lot of cases can be prevented before they occur.” And when products are designed to be inclusive from the start, they don’t just benefit specific groups of people. Often features designed to improve accessibility are useful to a wider audience too. When we strive to improve the lives of people, however niche their needs may seem, everyone stands to gain.