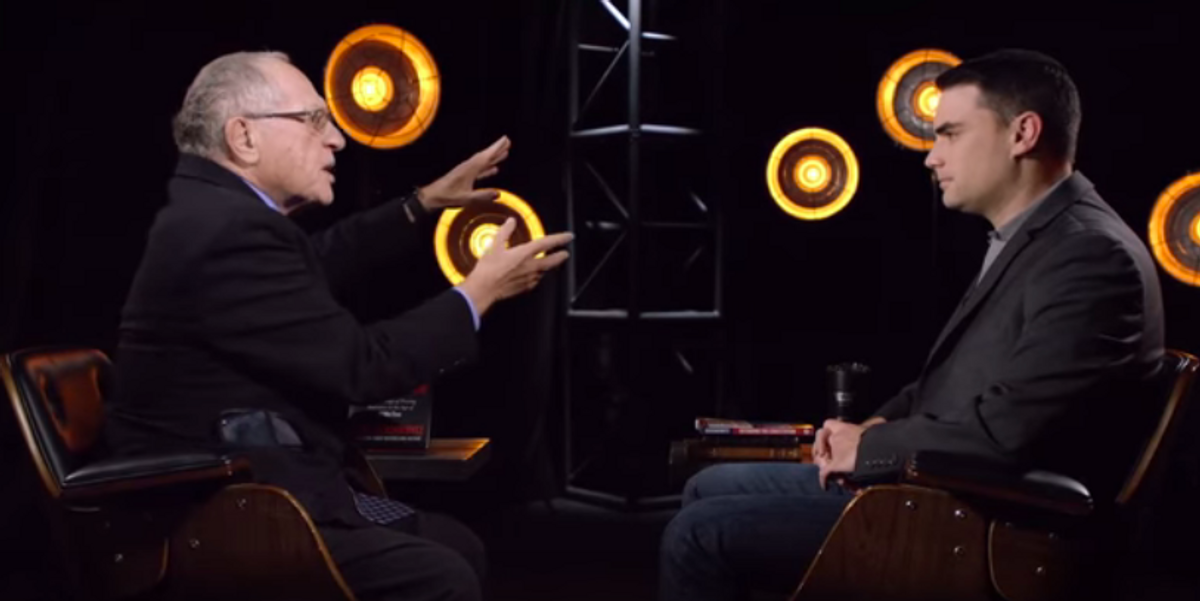 Renowned liberal Democratic lawyer and civil liberties advocate Alan Dershowitz accused former President Barack Obama of betraying the state of Israel and personally deceiving him in a recent interview with Ben Shapiro that aired on Sunday.

Dershowitz explained to Shapiro that Obama assured him in a private meeting that he would vigorously defend Israel, but then did the opposite.

Obama stabbed Israel in the back, Dershowitz says

“I think President Obama, for whom I voted twice, and would now reconsider my second vote for him, he conned me,” he said. “He called me into the Oval Office and he said ‘I have Israel’s back’ and I didn’t realize what he meant is to put a target on it and stab them,” Dershowitz said, referring to former U.S. Ambassador to the United Nations Samantha Power’s abstention from during a December 2016 vote condemning Israel.

“As he was leaving office, he ordered his representative to the U.N. to not veto a resolution which declared…the Western Wall, the holiest place in Judaism to be occupied territory,” he continued.

“It was outrageous,” the Harvard Law School professor added while explaining how Obama’s decision “legitimized” anti-Israel activism among the political center-left and the Democratic Party.

It is not the first time that Dershowitz has blasted Obama.

In February, Dershowitz claimed he had information that indicated Obama directed the FBI to investigate someone at the request of billionaire philanthropist and left-wing donor George Soros.

“I have some information as well about the Obama administration — which will be disclosed in a lawsuit at some point, but I’m not prepared to disclose it now — about how President Obama personally asked the FBI to investigate somebody on behalf of George Soros, who was a close ally of his,” Dershowitz claimed.

Dershowitz made the comments regarding Obama’s Israel policy on Shapiro’s “Sunday Special” show where he promoted his most recent book “Guilt by Association” and discussed his work as an expert witness in Trump’s impeachment trial.

The criminal defense and constitutional lawyer also used the opportunity to blast “idiots” who misrepresented the arguments he made as to what constituted an “impeachable offense.”

“When I did my argument in front of the Senate, no one ever took it on based on the merits,” he said. “If I had been on Hillary Clinton’s side, if she had been impeached, I’d be the greatest scholar in the history of constitutional law, according to the left. But they don’t like where I came down on this case, so they attacked me personally.”