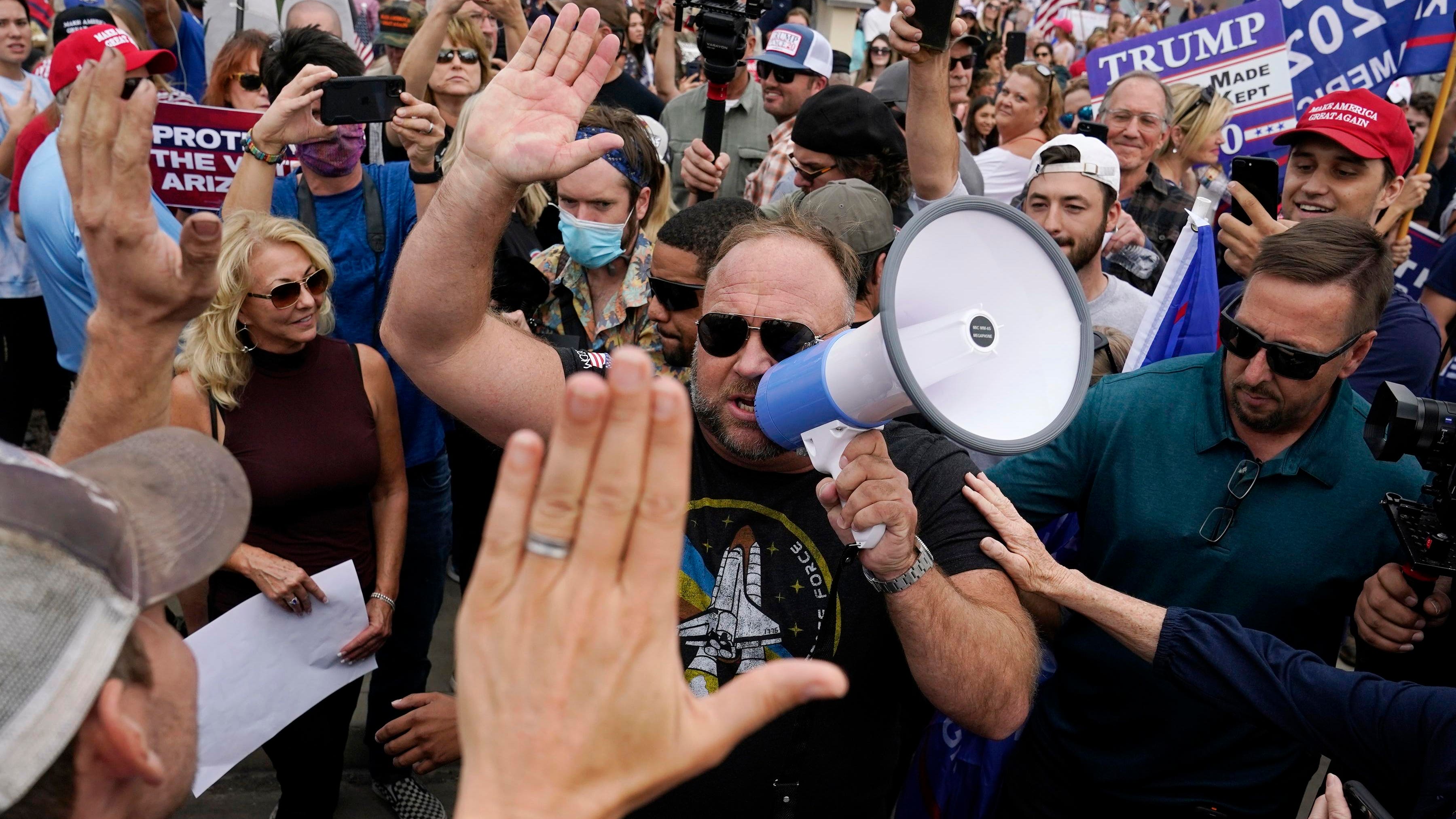 Right-wing conspiracy theorist Alex Jones was among hundreds of pro-Trump protesters rallying at a vote counting center in Arizona on Thursday and Friday—with similar protests underway in Pennsylvania and Michigan—where he encouraged others who believe the president’s baseless claims that the election has been rigged to travel to Washington, D.C., and defend the White House. 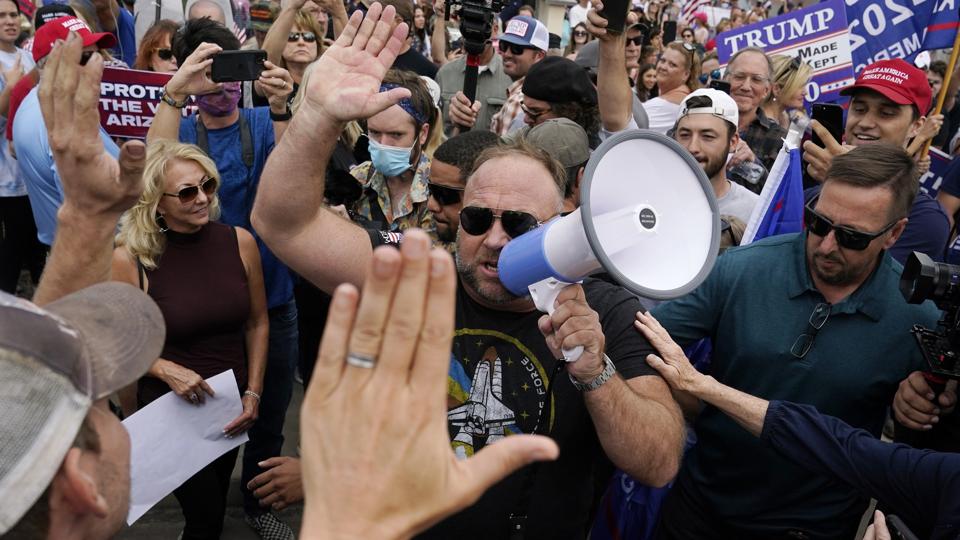 Alex Jones tells pro-Trump protesters to surround the Whitehouse and “defend” the president.

“Everyone who can needs to go and surround the White House and support the president,” Jones told protesters Friday at the Maricopa County vote counting center in Phoenix to enthusiastic cheers, saying he plans to fly to D.C. in the next 48 hours.

Jones, who is known for his show InfoWars and described by the Southern Poverty Law Center as “the most prolific conspiracy theorist in contemporary America,” also appeared at a protest outside the election center on Thursday night.

Similar protests were also underway in Pittsburgh, where police in riot gear arrived to quell tensions outside the City-County Building, and in Detroit, where around 200 pro-Trump protesters rallied outside the TCF Center, where ballots are being tabulated.

The Detroit Free Press noted the presence of weapons and the co-founder of the Michigan Liberty Militia, Phil Robinson, at the Detroit protest.

Election workers in battleground states have complained of threats to their safety amid these protests, with the Wayne County Treasurer’s Office in Detroit announcing it would close early on Friday after receiving “credible information” of threats to its staff.

The Friday demonstrations even reached Rhode Island, where over 100 Trump supporters protested for a recount, despite Biden winning the state by over 20%.

The claims of widespread voter fraud pedaled by protesters have come directly from President Trump, who continues to insist the Democrats are trying to “steal the election,” promising he will not go down without a legal battle. The lawsuits his administration have launched so far in critical swing states have mostly been batted away for lack of evidence. However, a large number of his supporters have clung to conspiracy theories and taken to the streets over the past few days demanding justice. On Thursday, Facebook banned a group entitled “Stop the Steal,” which gained more than 320,000 followers in 24 hours, making it one of the fastest-growing groups in Facebook history. Other groups have popped up in its place and voter fraud misinformation continues to flood the Internet.