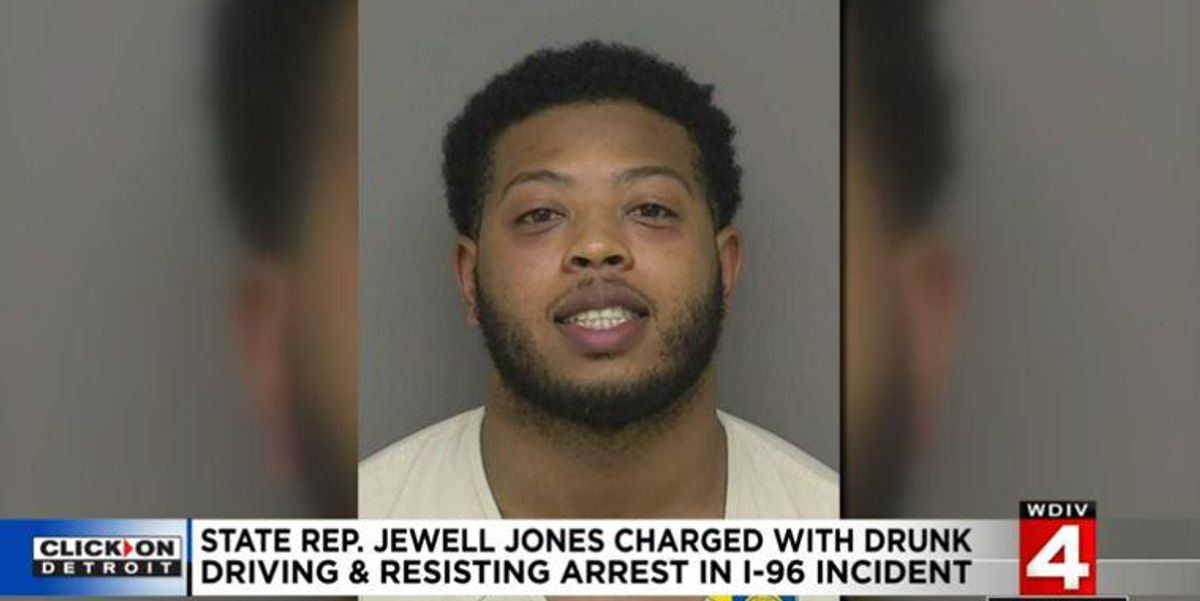 Michigan state Rep. Jewell Jones (D) is accused of crashing his vehicle while “super drunk,” and has been charged with driving while intoxicated, weapons possession, and resisting arrest after police responded to the scene and he allegedly became combative.

Authorities say state troopers received multiple calls from witnesses the evening of April 6, who reported a black Chevy with a vanity license plate reading “ELECTED” was driving erratically on I-96, The Daily Mail reported. Shortly after 6:00 p.m., EMS responded to a report that the vehicle matching that description had crashed.

According to prosecutors, the driver, later identified as Jones, became combative with paramedics and even pushed one in the chest as they were trying to treat his injured passenger, so police were called to the scene.

Livingston County Chief Assistant Prosecutor Carolyn Henry told the court during Jones’ arraignment that “the defendant’s behavior was so serious that they had escalated to a point that the troopers had to tase and pepper spray the defendant,” WDIV-TV reported.

She added that “he continued to be confrontational, uncooperative and using status of importance by flashing badges instead of the IDs being asked for by law enforcement.”

The outlet noted that Jones’ blood alcohol level “was more than twice the legal limit, also known as ‘super drunk.'” He also allegedly had a loaded Glock in the cup holder of his vehicle’s center console at the time of arrest.

The police report states that Jones threatened troopers multiple times over his position of authority, telling them, “I run y’all budget, bro,” and invoking the governor’s name.

Jones was elected in 2016 at the age of 21, making him the youngest representative ever elected to the House in Michigan. He is also an active member of the National Guard, an auxiliary police officer, and a senior deacon.

If found guilty, he faces a minimum of two years behind bars.