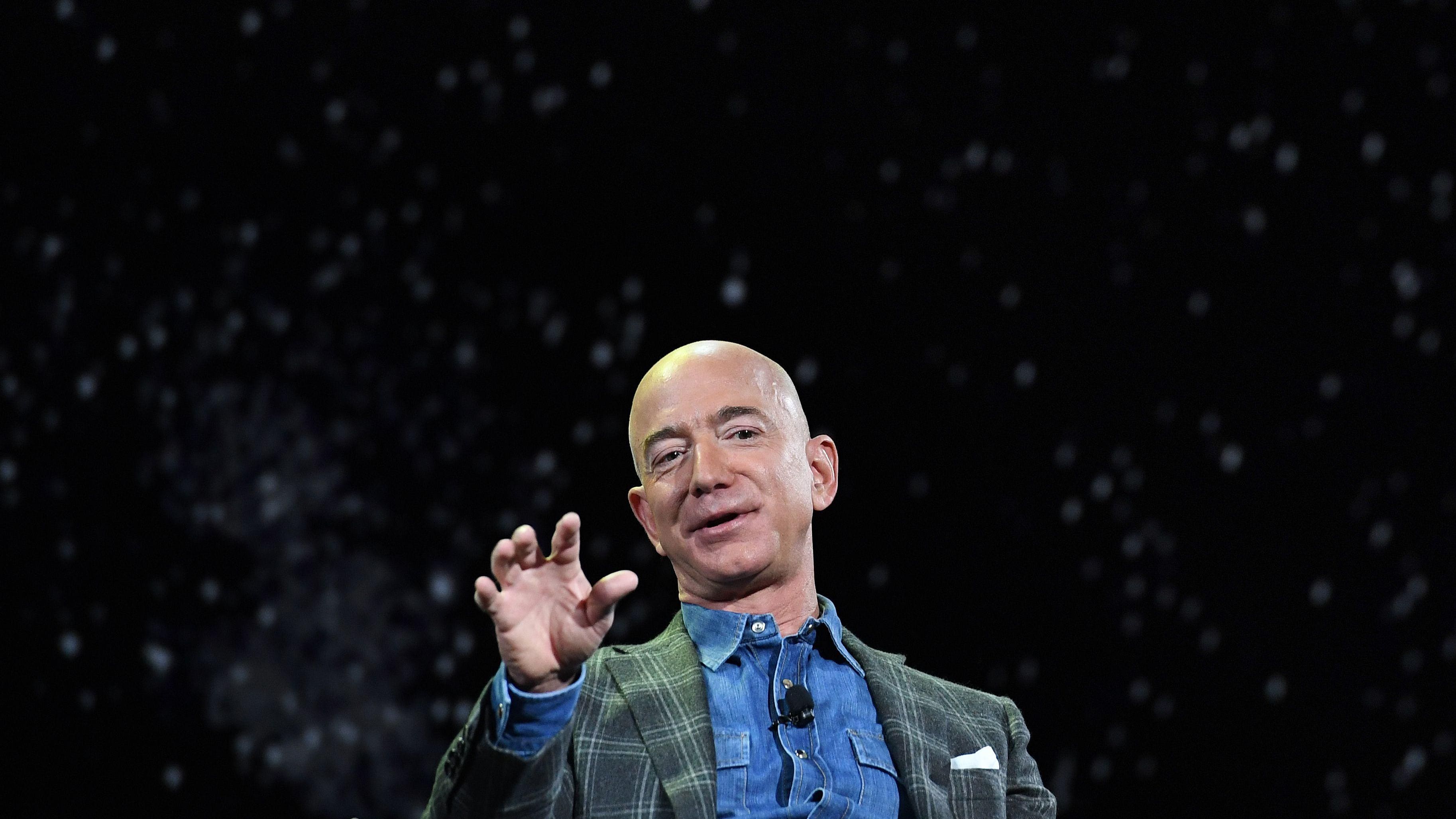 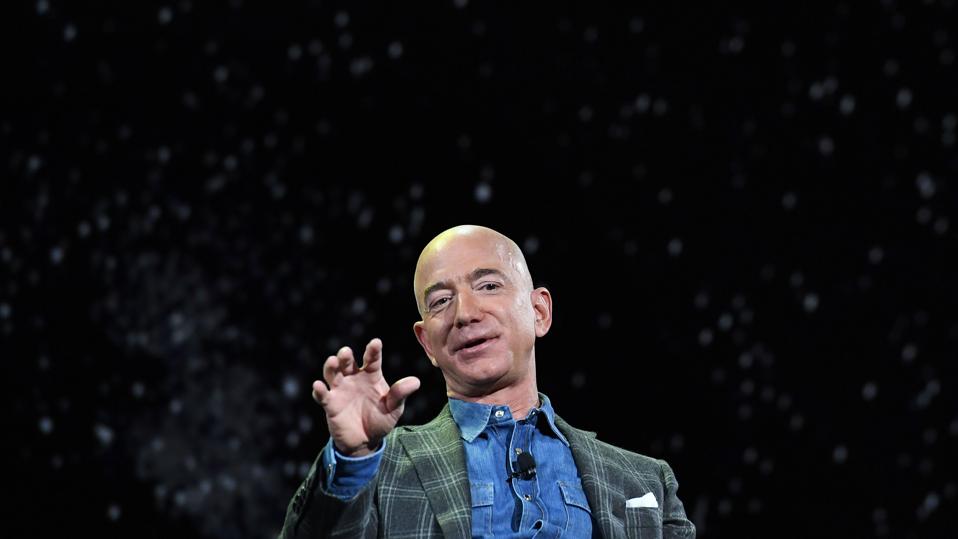 Amazon CEO Jeff Bezos saw his net worth balloon by billions of dollars during the pandemic, as the … [+] company’s stock price soared nearly 70% during this time period. Bezos topped Forbes’ list of richest Americans for the third year in a row with a net worth of nearly $200 billion. (Photo by MARK RALSTON/AFP via Getty Images)

Amazon, the online retailing giant, has been one—if not, the biggest—beneficiary of the Covid-19 lockdown. The company announced Monday that it will hire an astounding 100,000 new workers.

The newly created jobs are for full and part-time workers in the United States and Canada. The people will work in fulfillment centers, delivery and sorting centers and other sites. Starting wages will be at $15 per hour and sign-on bonuses may be offered up to $1,000 in certain cities.

Amazon is the second-largest private employer in the United States and ranks second to Walmart. Amazon, due to unprecedented demand, hired about 175,000 warehouse workers during the dark days of March and April. The company anticipates that 125,000 workers will be kept on.

Monday’s announcement is in addition to a prior press release that reported Amazon will hold a Career Day on Sept. 16. The Career Day will include a team of 1,000 Amazon recruiters, provide roughly 20,000 career-coaching sessions and seek to hire about 33,000 people for white-collar corporate and technology positions. The compensation for these roles average around $150,000, along with stock equity compensation and benefits.

According to the press release, job seekers will be provided with “fireside chats, panel discussions and a Q&A session” with “practical insights and advice from a vast group of recruiting, HR and industry leaders.” The company will also offer “20,000 one-on-one career coaching sessions with Amazon recruiters who can help you improve your résumé, share insider tips on expert job-searching techniques and give advice to help you stand out in interviews.”

In mid-August, Amazon’s blog boasted, “Today, we’re excited to announce that we’ve unveiled plans to continue investing and to create 3,500 new tech and corporate jobs across six cities in the United States by expanding our Tech Hubs in Dallas, Detroit, Denver, New York (Manhattan), Phoenix and San Diego. These expansions represent an investment of more than $1.4 billion and will host teams supporting businesses across Amazon.”

The company, unlike its brick-and-mortar peers, was able to stay in business during the last six months. As rivals that relied heavily upon physical locations were ordered to shut down or curtail their business operations and people were told to stay indoors, Amazon became the go-to shopping destination. Habits develop and people become accustomed to shopping on Amazon, as its inventory includes just about anything you could want or need and provides your goods in a super-fast and reliable manner.

Amazon CEO Jeff Bezos saw his net worth balloon by billions of dollars during the pandemic, as the company’s stock price soared nearly 70% during this time period. Bezos topped Forbes’ list of richest Americans for the third year in a row with a net worth of nearly $200 billion.

It’s great to see such aggressive hiring, especially as over 57 million Americans have filed for unemployment since the start of the pandemic. The weekly and monthly jobs reports show some growth in job creation, but we are still far below the records set in the months before the outbreak started.

It is concerning that Amazon’s rapid growth correlates with the demise of a large number of iconic American retailers. As the competition dwindles and weakens, Amazon keeps gaining momentum and grows stronger and more powerful. While the company’s hiring and contribution during these tough times is laudable, it’s reasonable to question what will happen if this trajectory continues unabated.

How long can Amazon grow while its rivals shrink before it becomes a de facto unstoppable monopoly? These questions should be addressed by our elected officials in Washington, D.C before it’s too late and Amazon, along with a few other companies, such as Walmart and Target control the lion’s share of retailing.