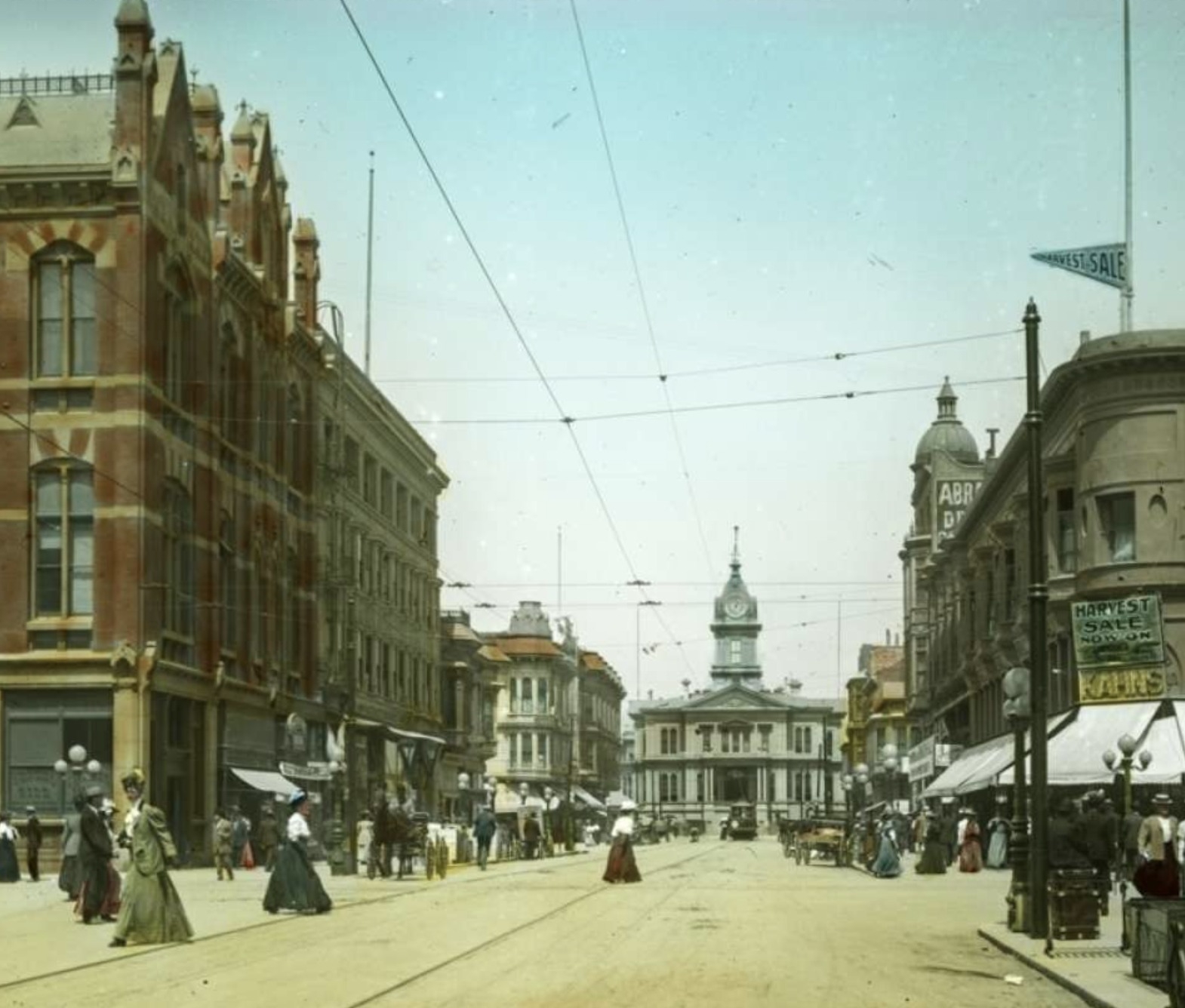 Just ahead of this evening’s Londonian nightcap, a quick programming note: On Monday, an hour or so before our nightly Tale for Our Time, I’ll be making a special appearance on Tucker Carlson Tonight.

In the meantime, here we go with Part Thirty-Four of Jack London’s venture beyond Arctic adventure into Sonoma seduction of an Oakland amour: Burning Daylight. Thank you for your kind comments about this summer diversion. Fran Lavery, a First Weekend Founding Member of The Mark Steyn Club and Mark Steyn Christmas Show attendee (back when such things were permitted by the state), is playing catch-up:

Hubby’s gone to see the grandchildren and I get to curl up on the sofa in the quiet living room for a few nights with the old dogs curled up around and binge, Binge, Binge listen to Daylight’s next adventure. It’s great so far and not many dull moments.

Glad to hear it, Fran. In tonight’s episode, Burning Daylight continues with his ambitious plans to build a paradise in Oakland:

Beyond a general rise in land values, Oakland had not acknowledged his irruption on the financial scene. The city was waiting for him to show what he was going to do, and he lost no time about it. The best skilled brains on the market were hired by him for the different branches of the work. Initial mistakes he had no patience with, and he was determined to start right, as when he engaged Wilkinson, almost doubling his big salary, and brought him out from Chicago to take charge of the street railway organization. Night and day the road gangs toiled on the streets. And night and day the pile-drivers hammered the big piles down into the mud of San Francisco Bay. The pier was to be three miles long, and the Berkeley hills were denuded of whole groves of mature eucalyptus for the piling.

At the same time that his electric roads were building out through the hills, the hay-fields were being surveyed and broken up into city squares, with here and there, according to best modern methods, winding boulevards and strips of park. Broad streets, well graded, were made, with sewers and water-pipes ready laid, and macadamized from his own quarries. Cement sidewalks were also laid, so that all the purchaser had to do was to select his lot and architect and start building. The quick service of Daylight’s new electric roads into Oakland made this big district immediately accessible, and long before the ferry system was in operation hundreds of residences were going up.

I mused yesterday on whether Jack London would care for today’s Oakland – where there is no Burning Daylight and merely Lawless Daylight, where one can be shot in the middle of the afternoon on de-policed streets:

A man attempted to intercede when two men got out of a car and attempted to steal purses from two women walking along the sidewalk. One of the robbers shot the man twice and then got back into his car and drove away… One local resident said of Oakland’s streets, “There’s no law and order. We’re going back to the wild, wild west.”

The “fabulous news“, according to The Washington Post‘s Jennifer Rubin, is that the white population is on its way out (in Oakland, from 95 per cent in London’s Day down to 25 per cent), so the post-Golden State will be a “more diverse, more inclusive society”.

Members of The Mark Steyn Club can hear me read Part Thirty-Four of our tale simply by clicking here and logging-in. Earlier episodes can be found here.

Tales for Our Time is now well over four years old. So, if you’ve a friend who might be partial to our classic fiction outings, we have a special Gift Membership that, aside from audio yarns, also includes video poetry, live music (lockdown permitting) and more.

The Question Biden Needs to Answer