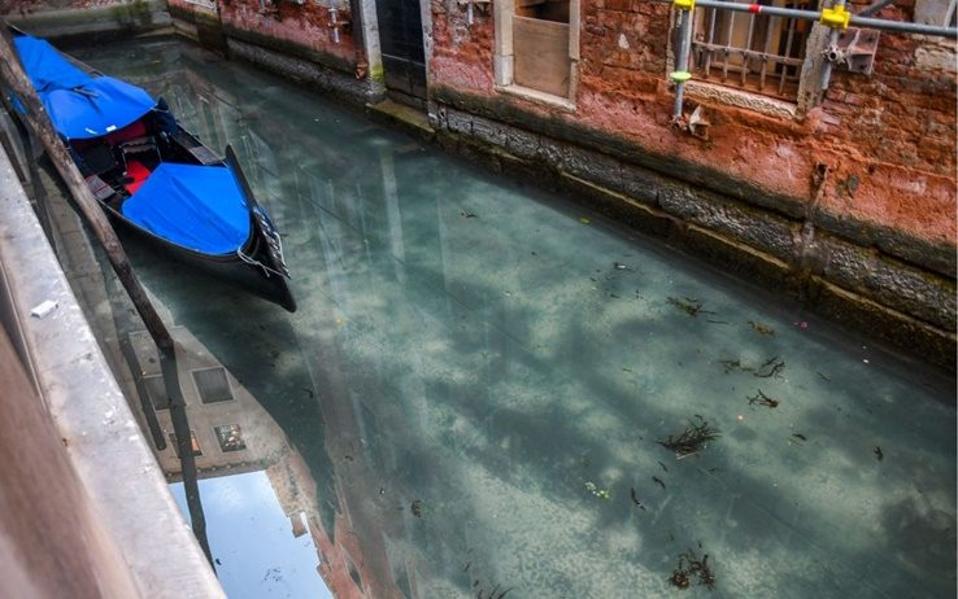 Thanks to the absence of tourists and much-reduced traffic due to Italy’s quarantine measures to tackle the recent Coronavirus outbreak, pollution levels drop across many Italian cities and rarely seen animals are roaming the deserted streets.

The canals in Venice have become clear enough to see the return of fish, swans, cormorants and even dolphins. The lack of boats and cruise ships on the canals and in the harbor keeps water movements at a minimum, causing clay particles and other pollutants to settle on the ground. “Venice hasn’t seen clear canal water in a very long time,” Italian photographer Gianluca De Santis tweeted this week. “Dolphins showing up, too. Nature just hit the reset button on us.” 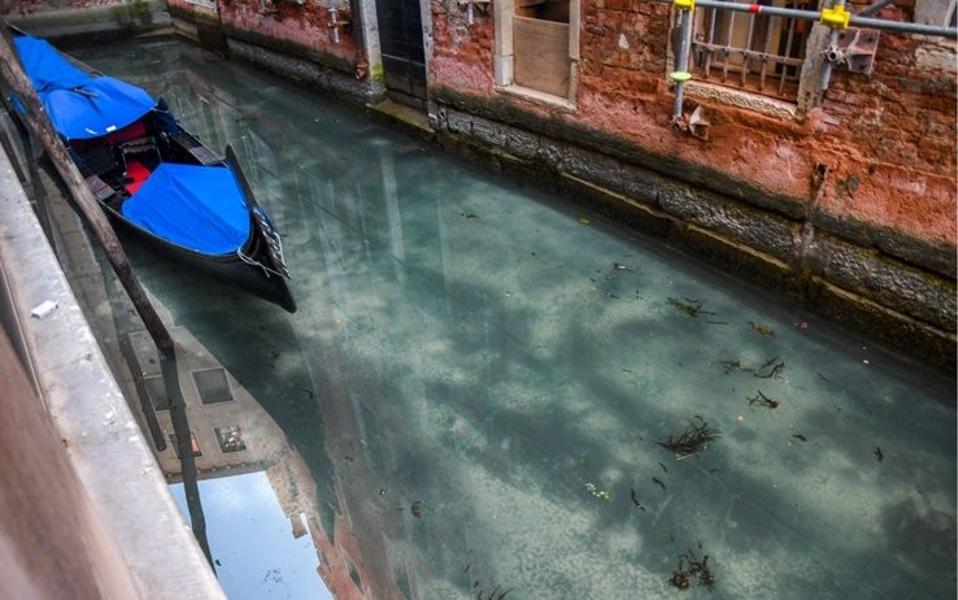 Clear water in Venice’s famous canals after the Coronavirus outbreak caused a complete shutdown of … [+] the city’s traffic.

Curious dolphins approaching the piers are reported also in the port of Cagliari, one of the largest Italian seaports and one of the largest seaports in the Mediterranean Sea basin, with an annual traffic capacity of around 50 million tonnes of cargo and 1,000,000 containers.

Without hoards of tourists throwing coins into the water, residents in Rome have noticed ducks taking a rest in the popular Trevi Fountain. 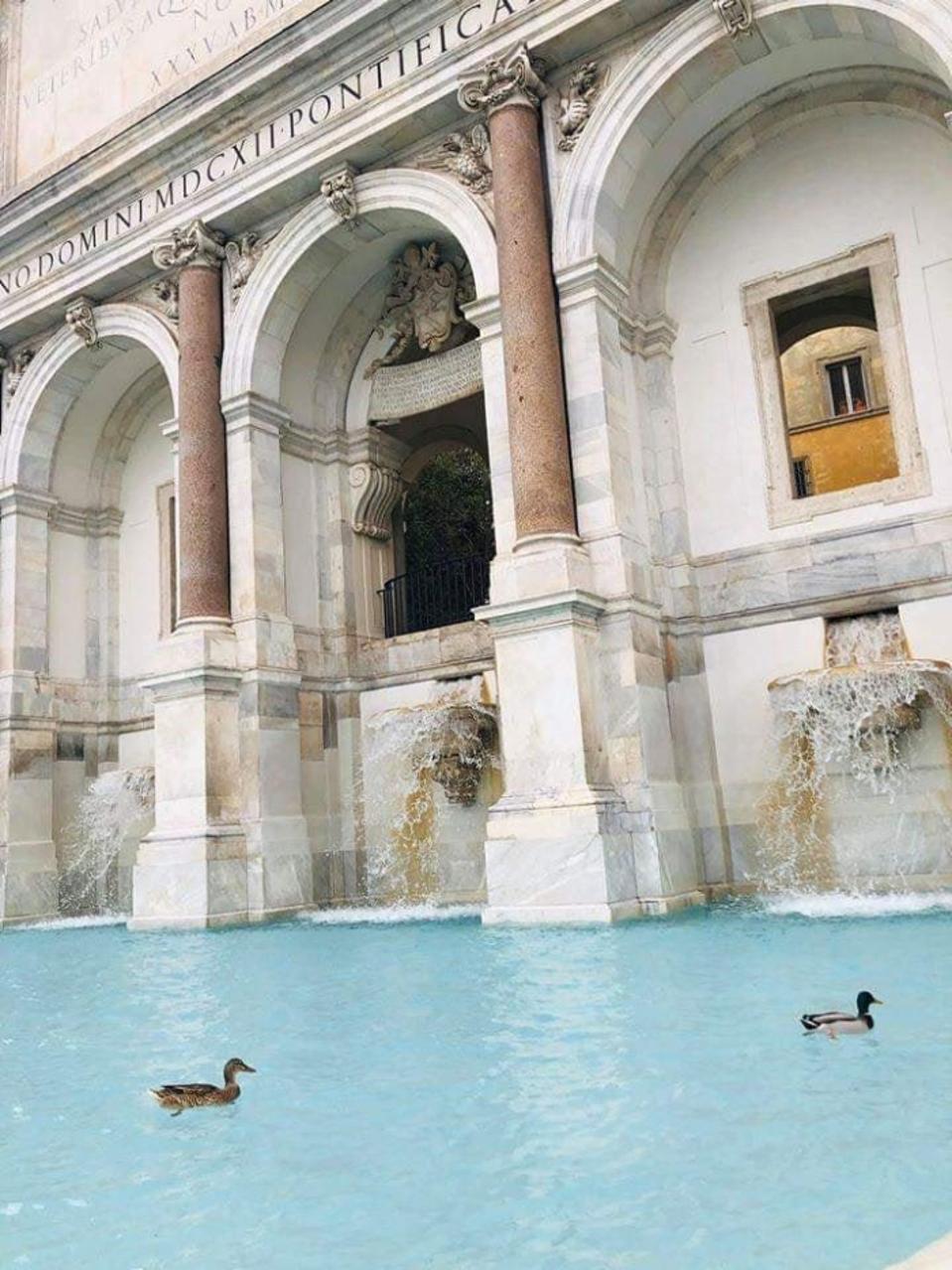 Ducks swimming in the Trevi Fountain.

In Sassari, the second-largest town of Sardinia with 127,525 inhabitants, wild boars are roaming the streets. 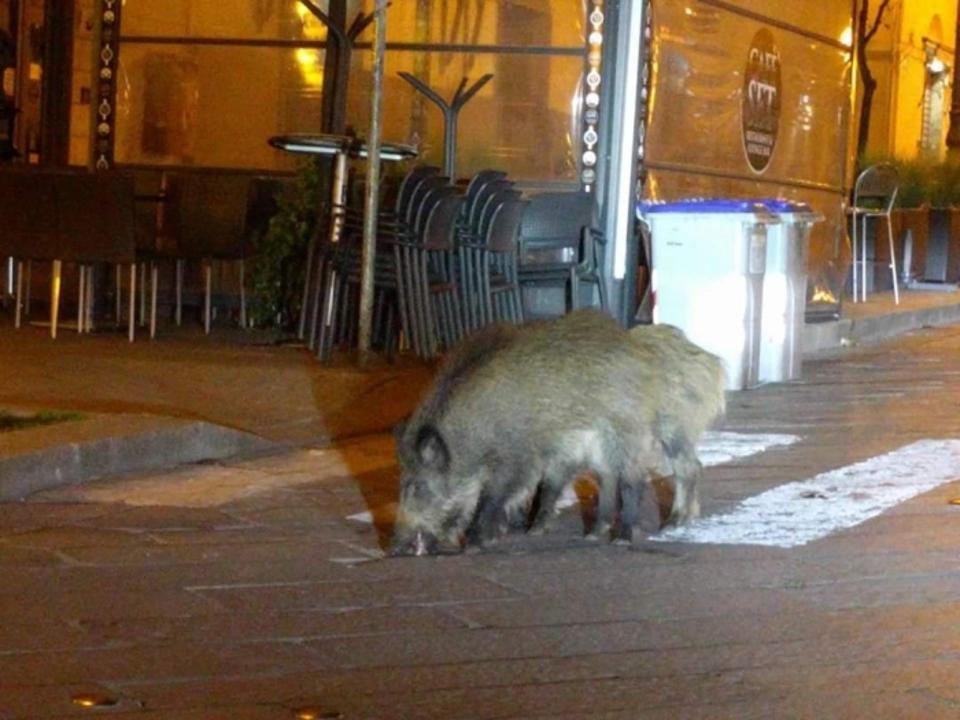 Nitrogen-dioxide levels (in red) in January and in March 2020, after many European countries adopted … [+] quarantine measures.

The reduction of airborne particles is helped by favorable weather. Last week heavy rainfalls washed dust out of the air, and a light breeze dispersed the gaseous compounds.

As more and more countries adopt strict quarantine measures, reducing traffic and closing factories, the global emission of carbon-monoxide and similar pollutants dropped by 53% if compared to the emissions in March 2019.