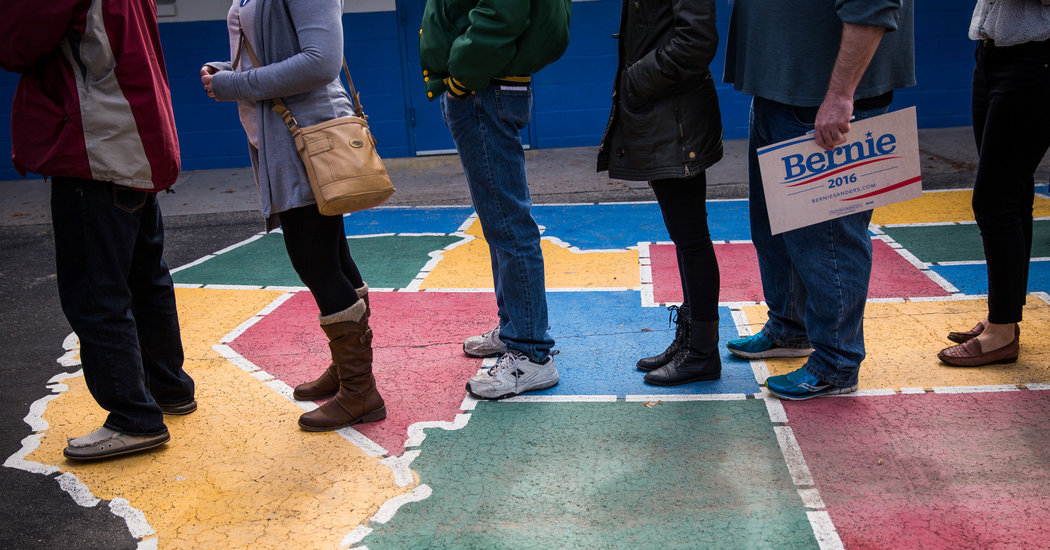 After the chaos in Iowa, Nevada Democrats want to show the country what a caucus should look like.

Nevada holds the next Democratic nominating contest, on Feb. 22, and the differences with Iowa will go far beyond how the results are tabulated. Nevada’s caucuses will be the first to offer early voting, which begins Saturday. Many caucus sites will be on the Las Vegas Strip to cater to the state’s large urban population. And this year’s caucuses will be trilingual.

Perhaps most significant, the caucuses will simply look different: Iowa is more than 90 percent white, but Nevada’s population is nearly 30 percent Latino and 10 percent black. Asian-Americans are the fastest-growing ethnic group in Clark County, which includes Las Vegas. Caucus cards will be printed in Tagalog to serve a large Filipino-American population.

Nevada became one of the Democrats’ four early-voting states in 2008, a relative newcomer compared with Iowa, which has held the first-in-the-nation caucuses since the 1970s. The move was championed by former Senator Harry Reid, who argued that Nevada was a better model of what America looks like. “I don’t think it matters what happens in Iowa or New Hampshire because those states are not representative of the country anymore,” he said last year.

The caucuses next week will pose a test for former Mayor Pete Buttigieg and Senator Amy Klobuchar, who are coming out of Iowa and New Hampshire, also largely white, with political momentum but who have yet to make inroads with nonwhite voters. Senator Bernie Sanders, the winner in New Hampshire, could benefit; he has led among Latino voters in many polls.

“Nevada is arguably the first true indicator of the electability of these Democratic candidates,” said Dan Lee, an assistant professor of political science at the University of Nevada, Las Vegas. “If a candidate like Buttigieg wins Iowa, what does that say? That he has the support of a lot of white voters. That doesn’t mean he’s going to do well in Nevada.”

Iowa and New Hampshire have set expectations for decades, Professor Lee said. But Nevada opens a sequence of far more diverse contests, including South Carolina, where African-American voters are expected to make up a majority of the Democratic electorate, and the 15 Super Tuesday states and territories.

“I think that Nevada has a really unique story to tell for any candidate that wins here,” said Shelby Wiltz, the caucus director for the Nevada Democratic Party. “The states that follow Nevada are just as diverse, so we can offer a unique perspective for candidates and how they’ll fare in the rest of the primary calendar and on Election Day.”

Beyond the differences in racial makeup between Nevada and Iowa, there are economic and geographical differences as well. Nevada, anchored by Las Vegas, is a service-industry state, with much of its labor force working in areas like food preparation, sales, transportation and maintenance. That reflects an American working class that is increasingly based in the service sector. Iowa has a much larger manufacturing sector, an industry more associated with what the working class used to look like.

Roughly 19 percent of Nevada’s population was born outside the United States, the fifth largest share in the country; in Iowa, the share is about 5 percent, according to the Census Bureau.

Organized labor is a huge political force in Nevada: In 2019, union members accounted for 14.6 percent of workers in the state. The Culinary Workers Local 226, which represents tens of thousands of workers in Las Vegas, has helped set up early-voting sites for casino and hotel employees.

That union’s endorsement helped Barack Obama win the Nevada caucuses in 2008. But on Thursday, the union announced it would not endorse a candidate in this year’s contest.

Alana Mounce, the executive director of the Nevada Democratic Party, said it was working closely with organizations like the culinary workers’ union to “reach voters we may miss otherwise or that campaigns miss in their outreach.”

About 60 percent of Nevada voters cast their ballots early in general elections, Ms. Mounce said. It made sense, she said, to add early voting to the caucus process.

“We are finding opportunities to ensure that every community has options for participation and that we are really finding ways to engage people who traditionally haven’t had their voices heard in this process,” she said.

From Saturday through Tuesday, Nevada Democrats can vote early in more than 80 locations. They can go to any early-voting location in their county; many of them are on the Las Vegas Strip, and a 24-hour voting site behind the Bellagio Hotel caters to casino and hotel workers. The party also set up an early-voting site at a Cardenas Market in East Las Vegas, a predominantly Latino area.

Voters will be able to ask for preference cards in English, Spanish or Tagalog and rank up to five candidates. The state party will then transmit those results to precinct captains on caucus day.

“I think campaigns need to understand that in order to be successful here in Nevada, not only do you need to engage with every single community, but you need to hire staff that can work and engage in those communities in English or Spanish,” Ms. Wiltz, the caucus director, said.

Ms. Mounce said the party had been working with community groups, unions and other organizations to train campaigns, voters and volunteers to work with a multi-language caucus.

Seeking to avoid Iowa’s fate, the Nevada party has abandoned its plans to use the app technology that caused so many problems in the caucuses last week. Officials announced Thursday that they planned to provide precinct chairs with iPads and would rely on a calculator and Google forms for tabulations, but the plan has done little to soothe anxious campaigns.

Creating a political culture around caucuses in Nevada is hard, to say the least.

“Nevadans aren’t as politically engaged as they are in Iowa and New Hampshire. Both of those states have been early states for decades,” Professor Lee said. “It’s part of their culture to get that political attention and to be engaged, especially in Iowa.”

Professor Lee said Nevada was a transient state, with people moving in and out frequently. That usually leads to a lack of engagement among voters and low turnout, he added.

“Running a campaign is a lot harder in a state like Nevada versus Iowa or New Hampshire, because you’ve got to run a bilingual campaign and you have to work harder to reach voters, and even harder to actually convince those voters to caucus,” he said.

But the campaigns can make a difference. “Looking at the 2018 midterms, turnout in Nevada was actually quite high because candidates were running really robust campaigns in Nevada to get people engaged,” Professor Lee said. In 2018, 63 percent of eligible voters cast ballots, a 17 percentage point increase from four years earlier.

Among the 2020 Democratic candidates, Senator Elizabeth Warren and Mr. Sanders have campaigned in the state frequently since the summer. Some past contenders, like Senators Kamala Harris and Cory Booker and the former housing secretary Julián Castro, put significant resources into Nevada, hoping that the state could cushion a potential blow from Iowa and New Hampshire. But those three, who were some of the most prominent candidates of color in the race, dropped out before the Iowa caucuses.