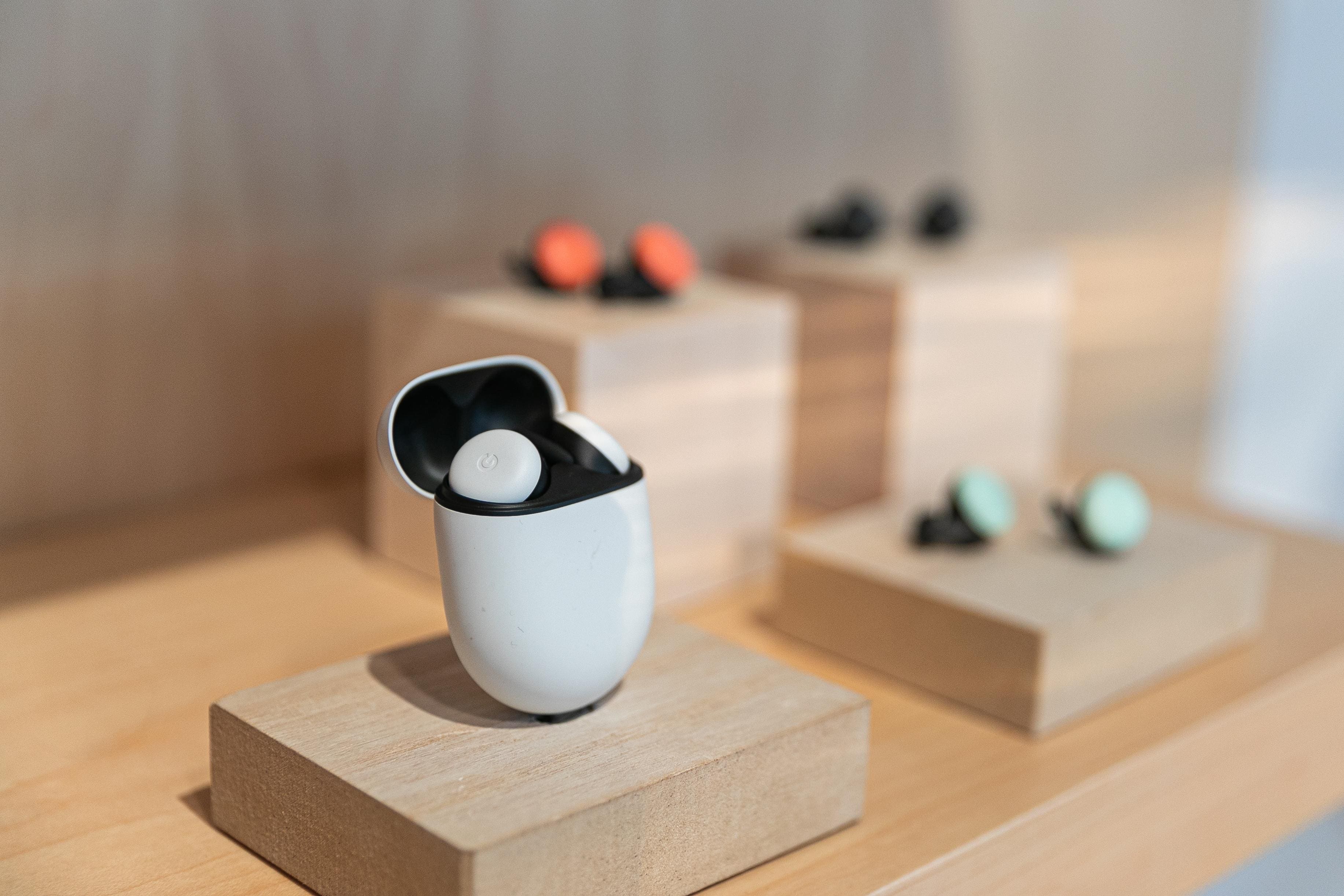 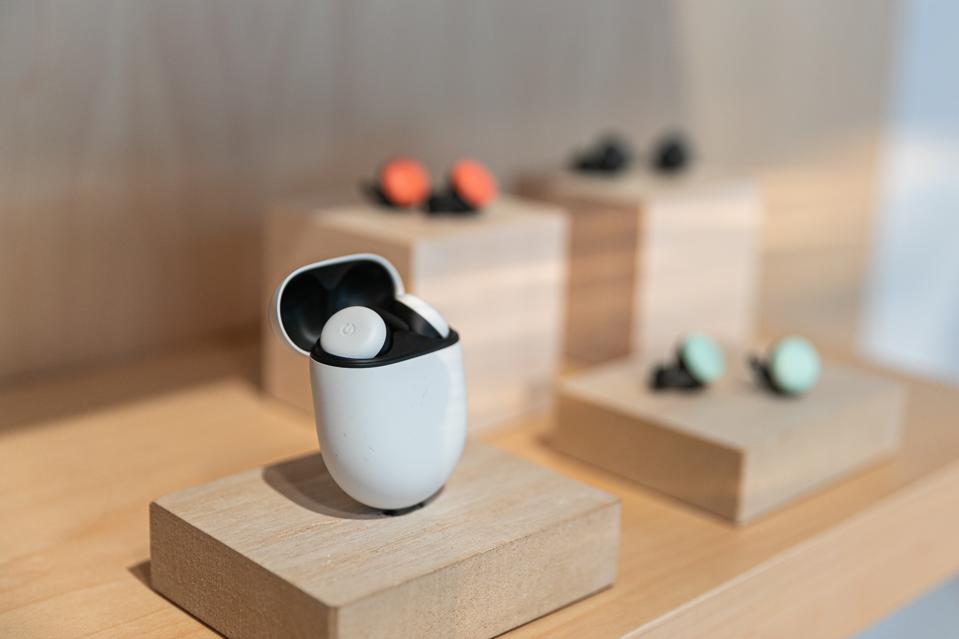 Pixel Buds are displayed during the Made by Google event in New York, U.S., on Tuesday, Oct. 15, … [+] 2019. Google is going back to basics for its latest laptop: a standard clam-shell design that moves away from the previous foldable, tablet-style Pixelbook. Photographer: Jeenah Moon/Bloomberg

It was, perhaps, only a matter of time before headphones got the same IQ-boosting treatment as virtually every other connected device.

You’d be forgiven for thinking that technology that simply acts as an audio conduit between your phone and your ears could do much more than, well, that.

But Google and Microsoft are showing everyone that wireless headphones can do more than stream music.

Google’s recently released Pixel Buds perform well according to the reviews and bring much needed improvements in audio playback and design – but what truly stands out are the extras.

Granting users easier access to Assistant, which can now be bought up with a command – rather than a physical press – is an important change that signals Google’s future plans for the Buds.

Standout features like real-time language translation take the Pixel Buds to another level. Users can now engage with Google Translate in a more hands-free way (although, not entirely) via the Pixel Buds, which can’t be done with other headphones.

You can also see how services like Duplex, which can book restaurants and appointments on your behalf with a human-like voice, will dovetail Google’s new wireless headphones.

Google wants to automate as much as possible and reduce the need to interact with your phone. By faciliating a more hands-free experience, the Pixel Buds are a key piece of the puzzle.

There will be improvements, too. Google told me that the Pixel Buds will have their own, separate, “feature drops” – semi regular feature updates that bring entirely new functionality that first debuted on Pixel phones last December.

Google didn’t divulge when the first update will take place, or how regular they will be. But their very existence means that your Pixel Buds will continually get better with new features, as a Google rep explained.

“The goal will be to continue to introduce new helpful features over time, much like we do with Pixel phones.”

It’s not clear what new features Google will bring to the Pixel Buds. But it’s not hard to imagine that closer cooperation between things like its Pixel-phone only Recorder app, or EQ settings, could be amongst the first.

I’m also expecting more improvements to real-time language translation (moving more of the process away from the phone, for example), because that’s clearly the Buds’ stand-out feature.

Improving a device with cutting edge software – that isn’t seen on any rival devices – is true value for money. Google’s work in AI – which appears to be going at such a pace that had to introduce feature drops as a way of clearing its cluttered invention desk – makes all of this possible.

But it’s not just Google that’s on this path. Microsoft’s recently released Surface Earbuds – beyond their design and hardware prowess – have two interesting, unique, features.

The first is the ability to provide live, transcribed, commentary on PowerPoint slides – known as live caption (you can watch Engadget demoing it here). The other is the Surface Earbuds reading aloud your Outlook messages, negating the need to physically interact with your phone to check your emails.

Apple hasn’t been slacking, either. Airpods offer similar functionality to the Surface Earbuds with its “announce messages” feature – released with iOS 13.2 last year. But it doesn’t offer anything similar to the -admittedly niche – PowerPoint live caption feature that comes with the Surface Earbuds.

The question will be what comes next? Will Apple and Microsoft start to add more AI-enhanced features to their earbuds? Can they?

For now, though, Google is far ahead when it comes to making wireless headphones do more than just play music – and it promises much more down the line. The competition can’t compete. If you want a future proofed pair of buds, Google’s latest offering is a good way to.

Do you want your wireless ear buds to be ‘smart’? Let me know.