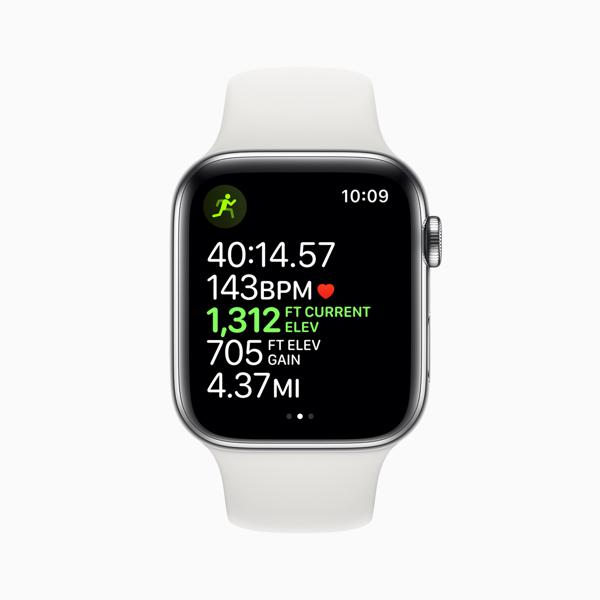 Apple’s smartwatch may be about to be radically rethought, with a completely different build designed to add flexibility and versatility. A new patent, published by the U.S. Patent and Trademark Office earlier today, suggests what may be possible. 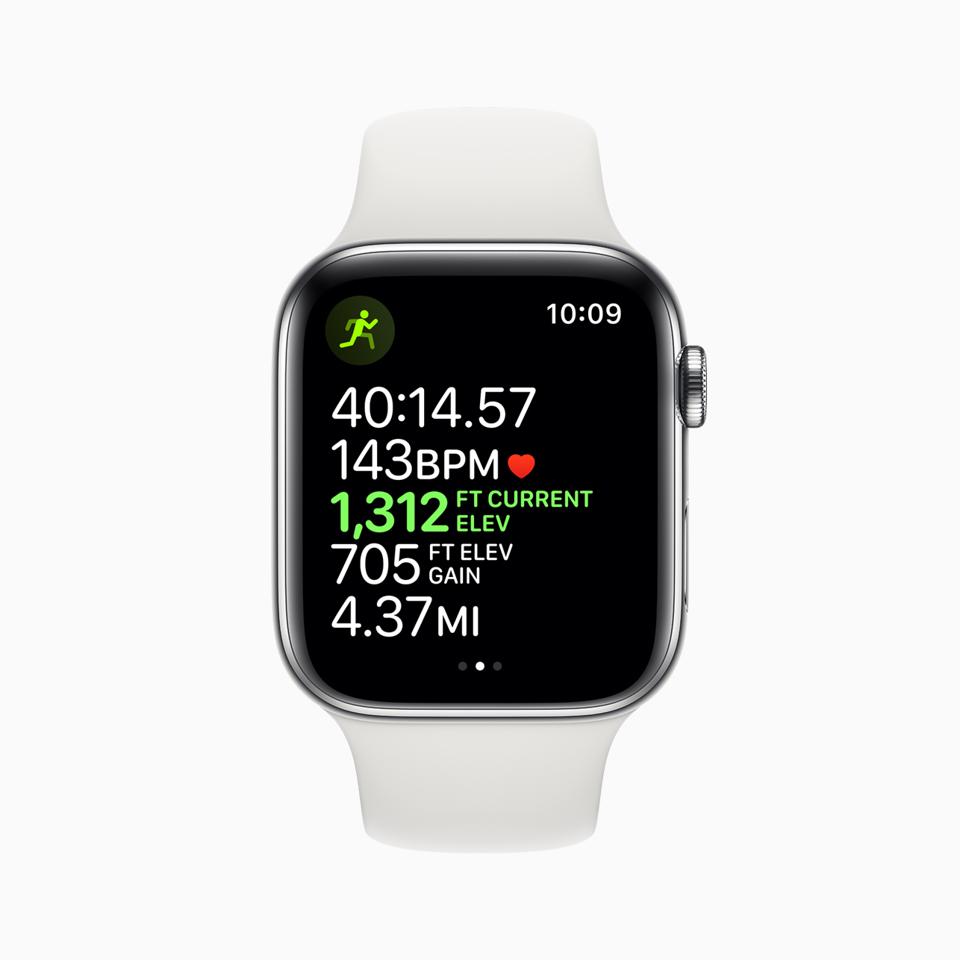 Just how different will a future Apple Watch look?

Patent 20200050154, spotted by Apple Insider, is called Modular System for Watch. The key word here is modular. The idea behind the radically different way to make a Watch is that new elements could be added to the timepiece after you’ve bought it.

Upgrades added by attaching elements to the rear of the Watch, in other words. There have been similar ideas before, such as straps with extra battery built in, though these were probably not seen as essential when the Watch’s full-day battery life was confirmed. Other ideas included putting sensors in the strap rather than the Watch itself. But this idea was held back by the fact that Watch wearers like to swap straps.

This new system suggests customization could come from functional modules being added to the back of the Watch, for example, when needed. I’ve put the full abstract, as it’s called, of the patent application below. But for me the sentences that leap out are these:

“Accordingly, a watch body need not include permanent components that provide every function that will later be desired by the user. Instead, the watch can have expanded and customizable capabilities by the use of one or more functional modules.”

New features when you need them, then.

Apple has wide-ranging intentions. Later in the application, it says,

“an optical (e.g., PPG) sensor or sensors can be used to compute various biometric characteristics including, without limitation, a heart rate, a respiration rate, blood oxygenation level, a blood volume estimate, blood pressure, or a combination thereof.”

So, it could mean a whole new raft of sensors that could measure different things. If I have high blood pressure, I could opt for that extra. If you want to know about blood oxygenation, you can plump for that.

Mind you, Apple is good at making all its sensors relevant to all users, so I still think the preferred route would lean towards one Watch for all. But I may be wrong. 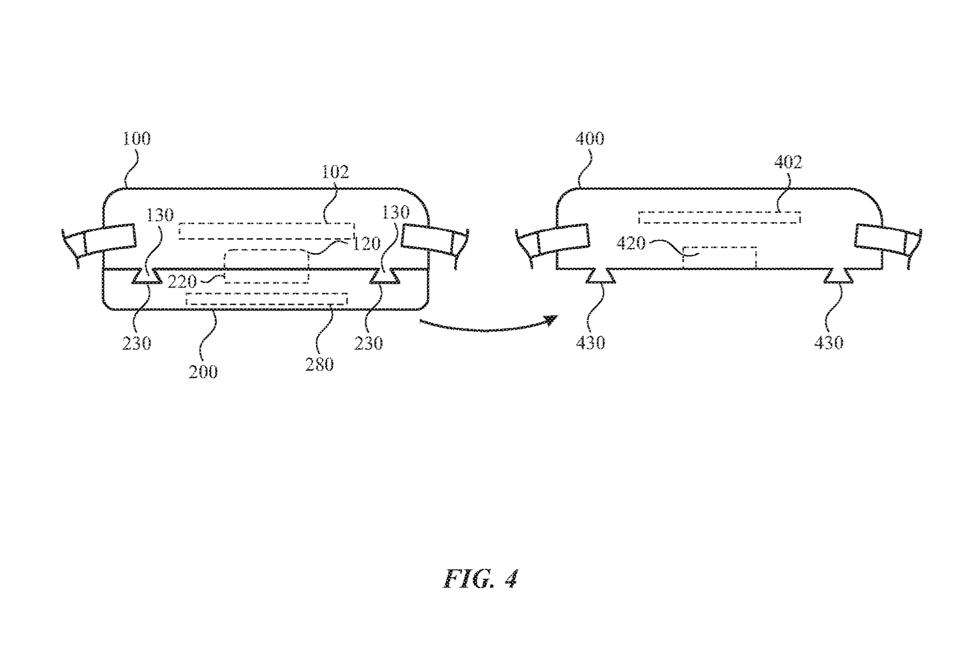 Obviously, Apple wouldn’t design it so that the user can take the Watch to pieces to fiddle around inside. This isn’t a desktop computer tower, you know. Instead, modules would be attached to the rear of the Watch, and while some of the illustrations in the application appear to show screws and fixings, I think it’s much more likely that there would be attachments done more simply.

Like the way a series of pressure pins in the Watch straps make for a simple and highly effective way for straps and bands to be swapped on the Watch now.

As the application hints, putting these modular parts on the back has the advantage that the pressure of the Watch against the wrist will also help keep the new parts in place. 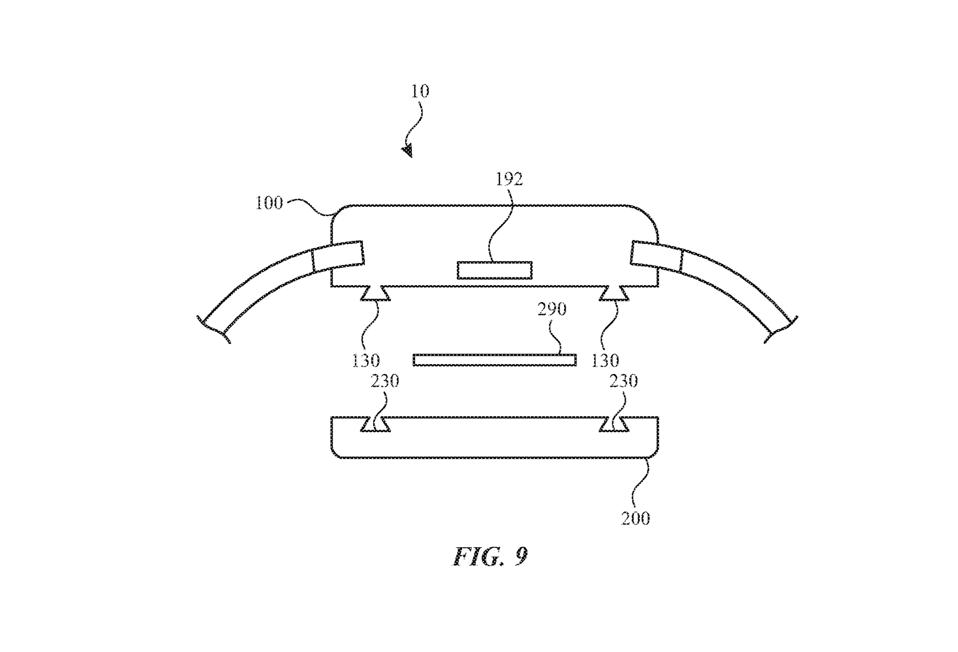 Sliding parts of an Apple Watch together

One of the many illustrations hints at ways the front and rear of the Watch could be slid together, with the new module safely inside. Handy if a new processor was what was being added to the existing Watch.

Of course, there’s lots more to it than that, such as details on how the new modules would be powered from the Watch – or how they would power the Watch if the add-on is a battery, say.

Although it was only just published now, the patent application was made last year. Apple takes time to update its products so I would be stone-cold certain this would not be realized in time for Apple Watch Series 6, due this fall. You can read the latest rumors about that here.

Remember that Apple comes up with a lot of patents, and far from all of them make it into production. But it’s just possible there’ll be a wholly different way to think about the Apple Watch in the future.

The full abstract for the patent application:

Wearable electronic devices, such as watches, can be part of a modular system that provides a variety of different components and functions to achieve the results that are desired by a user. The modular configurations allow a user to easily customize a watch with one or more functional modules to provide features that integrate with other operations of the body of the watch. The functional modules can be easily exchanged with each other to provide different components and functions at different times. Accordingly, a watch body need not include permanent components that provide every function that will later be desired by the user. Instead, the watch can have expanded and customizable capabilities by the use of one or more functional modules.