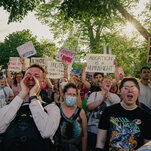 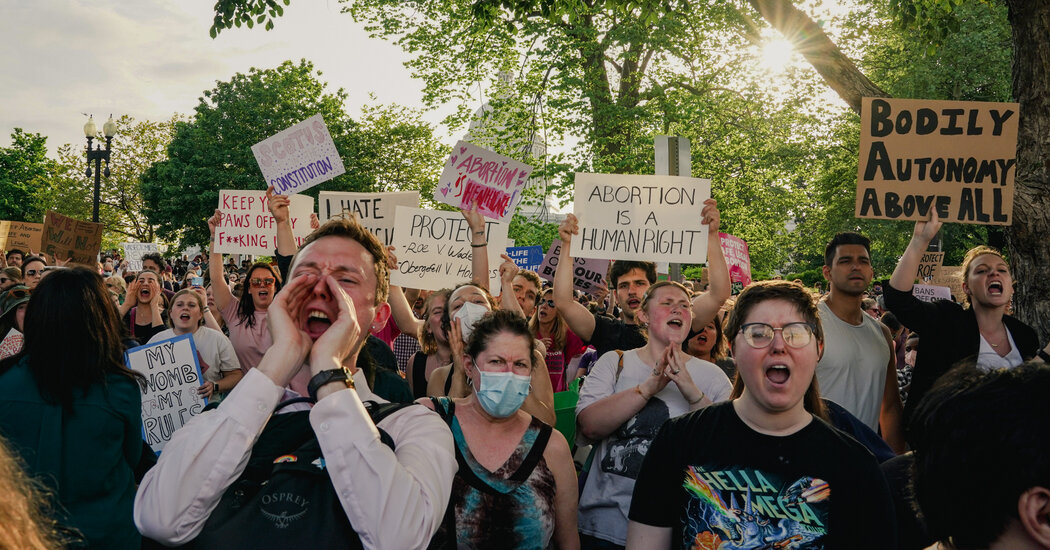 Not since Bob Woodward and Carl Bernstein refused for decades to disclose the identity of their Watergate source has Washington been as eager to unmask a leaker.

WASHINGTON — Maybe it was a liberal law clerk who leaked the draft opinion in the Supreme Court’s biggest case in years, hoping to gin up outrage among Democrats at the prospect of an end to legal abortions.

Or it was an anti-abortion court employee fearful that the justices would end up backing away from their early agreement to overturn Roe v. Wade, the landmark case legalizing the procedure. Or perhaps it was one of the justices themselves, frustrated by the direction of their secret internal debates about one of the country’s most polarizing issues.

Not since Bob Woodward and Carl Bernstein refused for decades to disclose the identity of their shadowy, meet-me-in-the-parking-garage Watergate source has Washington been as eager to unmask a leaker.

But while the city’s lobbyists, journalists and political operatives trade theories over encrypted messages and social media, Col. Gail A. Curley, the 11th marshal of the United States Supreme Court has been given the task of rooting out the truth in what Chief Justice John G. Roberts Jr. called “a singular and egregious breach” of the court’s operations.

Hours after Politico posted what appeared to be a photocopy of a Feb. 10 draft opinion in the case of Dobbs v. Jackson Women’s Health Organization, the chief justice confirmed the document’s authenticity and did the most Washington of things: He ordered Colonel Curley to conduct a thorough leak investigation.

And with that, the bright D.C. spotlight turns to a former senior Army attorney whose legal work took her from the United States to Germany and Afghanistan.

The second woman to hold the marshal position at the court, Colonel Curley serves as the chief security officer, facilities administrator and head of contracting for the third branch of the federal government. She manages about 260 employees, including the court’s police force, and is a voice that might be recognizable to anyone who has attended or listened to any of the court’s oral arguments.

“Oyez! Oyez! Oyez!” she announces at the start of every public meeting of the court. “All persons having business before the honorable, the Supreme Court of the United States, are admonished to give their attention, for the court is now sitting. God save the United States and this honorable court.”

People familiar with court operations said Colonel Curley is not normally charged with conducting investigations. But it will now be up to her to help save the reputation of the court, which has been badly tarnished by the disclosure, as many Washingtonians lamented this week.

The contours of her investigation are opaque, even by Washington standards. It is unclear how she might conduct an inquiry, whom she will interview, and what punishments the court could dole out if she tracks down the perpetrator.

More than most of the federal government, the Supreme Court operates in almost total secrecy — a tradition that helps the court maintain a sense of being above the contentious political wars that so often consume the executive and legislative branches. On Wednesday, the court offered no insight into how the leak investigation will be conducted and did not respond to requests for comment.

But there are some obvious places Colonel Curley might start to look for clues.

The document Politico posted online appeared to be slightly askew, as if it had been placed hastily on a photocopy machine or scanner. The top left corner was dog-eared and looked as if a large staple were removed from the 98-page draft opinion. And the words “1st Draft” are highlighted in yellow — though it is not clear whether that was done with a highlighter pen or with a highlight feature on a word processor.

Those physical characteristics could help Colonel Curley track down the source of the leak.

Only some of the employees at the court would have had access to the document, according to people who have worked there in the past. Each justice has chambers downstairs, which include offices for their clerks, a personal secretary and a conference secretary, and one chamber aide. Each justice also has more offices for clerks upstairs in the court building.

Draft opinions are normally emailed to the offices of other justices and are sometimes printed and distributed among the justices, the clerks, and the conference secretaries. Each of them could potentially be a target for questioning.

Dan Epps, a law professor at Washington University in St. Louis who clerked for former Justice Anthony Kennedy in 2009 and 2010, said some of the justices might balk at the idea of their clerks being subjected to interrogation.

“Some of them might just be a little bit wary of subjecting their clerks and their staff to the kind of jurisdiction of somebody else who’s not in their chambers,” he said. “My guess is, you know, some of them would just say, ‘I will have a conversation with my clerks personally.’”

Mr. Epps said it is not out of the question that the justices might share their work with family members. (A common conspiracy theory on Twitter — offered with no evidence — is that Ginni Thomas, a conservative political activist and the wife of Justice Clarence Thomas, leaked the draft.) And some people have mused online about the possibility that the court’s computers might have been hacked by someone who then gave the draft to Politico — though there is no public evidence of such an event.

There has also been much speculation about the authors of the Politico report, and whom they might know inside the court.

Josh Gerstein is a veteran legal affairs reporter who is well connected across Washington. He is also a prodigious user of the Freedom of Information Act to wrest information out of federal agencies whose leaders are not so inclined to see their emails and memos in the press. He has covered the court for years.

Alex Ward, Mr. Gerstein’s co-author, is a less likely candidate to have a byline on the story. A national security reporter, Mr. Ward has covered the White House and was an associate director in the Atlantic Council’s Brent Scowcroft Center on International Security, according to his bio on Politico’s website.

While the disclosure of a draft opinion months before the court’s official ruling has never happened, there have been a few other leaks — and at least one investigation.

In 1973, the original Roe v. Wade opinion was leaked by a clerk to Time magazine, which had agreed to wait to publish the decision until after the court had announced it. Because of a slight delay in the court’s announcement, the article appeared several hours before the justices made it public. Warren Burger, the chief justice at the time, was furious.

In that case, however, the clerk in question quickly admitted what he had done and apologized, according to an account of the episode by James D. Robenalt, the author of “January 1973: Watergate, Roe v. Wade, Vietnam, and the Month That Changed America Forever.”

Six years later, Justice Burger did order a leak investigation after Tim O’Brien, a Supreme Court correspondent for ABC News, disclosed the decision in a case involving libel laws. The chief justice apparently never discovered the source of Mr. O’Brien’s scoops, though one report suggested that he suspected someone in the court’s printing office, who would have had access to the final drafts.

In the current case, Chief Justice Roberts called the leak a “betrayal” of trust. Protective of the court’s credibility and pained by erosion of its public standing, he seems intent on keeping the matter confined to the court and affirming the separation of powers among the three branches, no matter who leaked the opinion.

Chief Justice Roberts provided no details of how an investigation will proceed or how rigorous it might be, but he has rejected suggestions, made by conservative politicians and pundits, that he seek investigative help outside the judicial branch by enlisting help from the Department of Justice and F.B.I.

“There’s no criminal statute that I know of that makes this illegal — so what’s the point in bringing outsiders in?” said Paul Schiff Berman, a law professor at George Washington University who served as a clerk for Justice Ruth Bader Ginsburg.

Gabe Roth, the executive director of Fix The Court, a nonprofit group that pushes to make the Supreme Court more accountable to the people, said the leak investigation amounted to a massive task for the Supreme Court marshal, a job he described as ​​“more administrative than investigatory” in nature.

Colonel Curley replaced Pamela Talkin, who retired from the role in July 2020. Before that, she supervised a team of Army judges and lawyers as the chief of the national security law division in the Office of The Judge Advocate General for the U.S. Army. She was also tasked with providing advice on national security law to Army leadership.

Mr. Epps, the former clerk to Justice Kennedy, said that despite her background, Colonel Curley might have to hire someone from outside the court to examine computers or conduct interviews because the marshal’s office does not have a well-developed investigative team.

“This is not Scotland Yard,” he said.