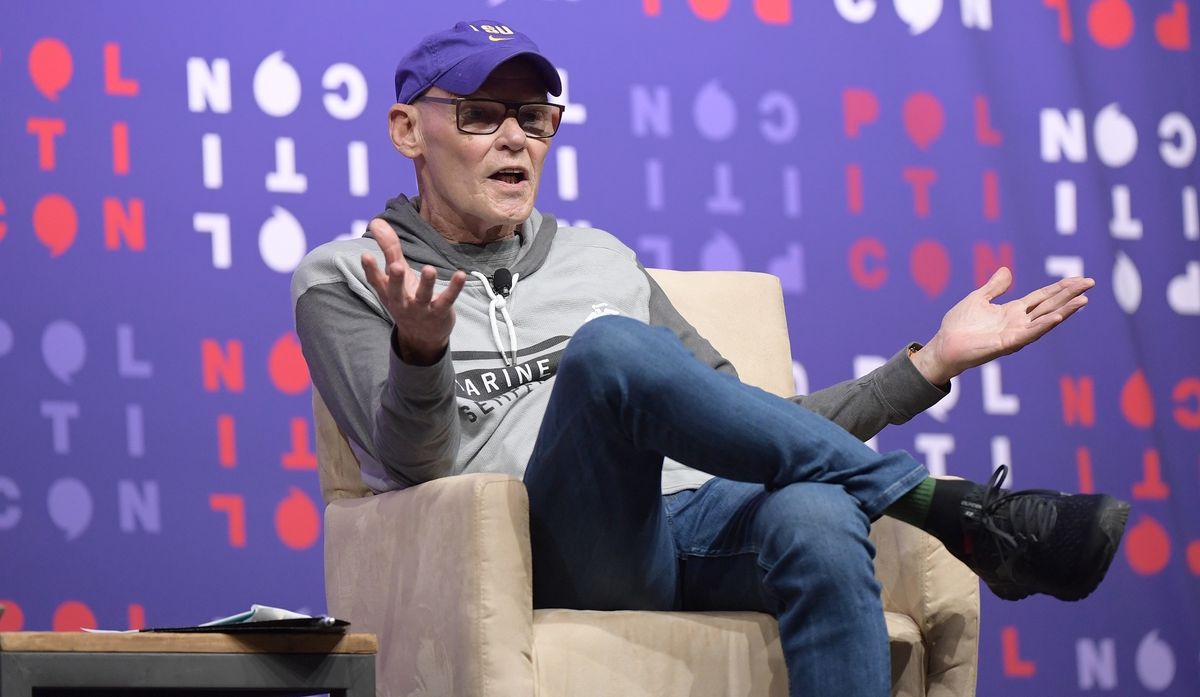 Democratic strategist James Carville did not mince words in reaction to Democratic presidential candidate Sen. Bernie Sanders (I-Vt.) calling him a “hack,” firing back on Thursday in response: “At least I’m not a communist.”

Carville, who supported former presidential candidate Sen. Michael Bennet (D-Colo.) for the Democratic nomination, has repeatedly warned Democrats against electing the radical Sanders to be the party’s nominee in 2020.

Sanders was asked about Carville’s criticisms by CNN’s Anderson Cooper on Wednesday, and responded, “Look, James, with all due respect, is a political hack,” adding, “We are taking on Trump, the Republican establishment, Carville and the Democratic establishment. But at the end of the day, the grassroots movement that we are putting together — of young people, of working people, of people of color — want real change.”

The Hill reported that Carville told former CNN reporter Peter Hamby Thursday, “Last night on CNN, Bernie Sanders called me a political hack. That’s exactly who the f*** I am! I am a political hack! I am not an ideologue. I am not a purist. He thinks it’s a pejorative. I kinda like it! At least I’m not a communist.”

Carville is a longtime Democratic operative who was instrumental in helping the campaign of then-Gov. Bill Clinton win the White House in 1992.

He has reemerged to weigh in the 2020 elections, he says, because he is terrified that the Democrats will lose to President Donald Trump in November if they continue to embrace a far-left policy agenda.

“I’m 75 years old. Why am I here doing this?” Carville told MSNBC last week. “Because I’m scared to death, that’s why!”