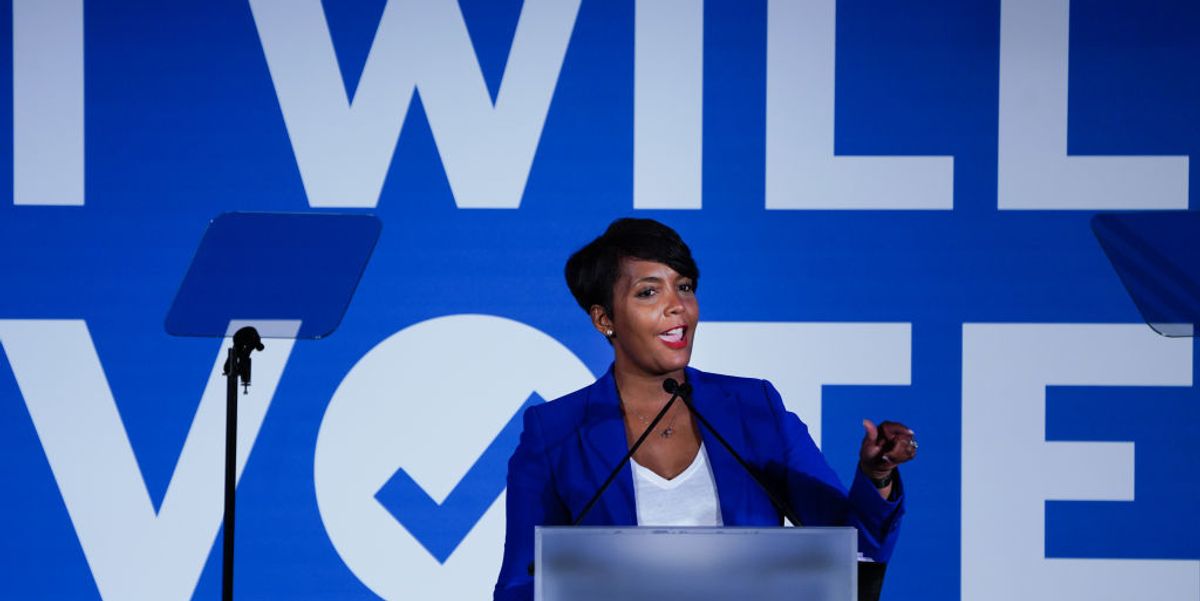 During an interview on CNN’s “State of the Union,” Bottoms claimed the Trump administration is giving racists “permission” to carry out acts of violence — making them at least partially responsible for Arbery’s death.

“It’s heartbreaking that it’s 2020, and this was a lynching of an African-American man,” Bottoms said.

“But I think, again, it’s a part of this bigger issue that we are having in this country. With the rhetoric we hear coming out of the White House in so many ways, I think that many who are prone to being racist are given permission to do it in an overt way that we otherwise would not see in 2020,” she continued.

The men who allegedly chased and subsequently shot Arbery — Gregory McMichael, 64, and Travis McMichael, 34 — were arrested last week and charged with felony murder and aggravated assault.

Their apprehension came only after a graphic video of the incident went viral, triggering national outcry and analysis from lawyers who called Arbery’s death a “vigilante killing.”

But, according to Bottoms, the Department of Justice is also partially responsible for the delay in prosecution because the agency did not intervene in the case.

“In cities across this country, even if local leadership fails, there was always the backstop of our Justice Department to step in and make sure that people are appropriately prosecuted,” Bottoms said.

“But we don’t have that leadership at the top right now. It’s disheartening,” she went on to say. “And I can tell you, I have four kids, three of whom are African-American boys. They are afraid. They are angry. And they are afraid.”