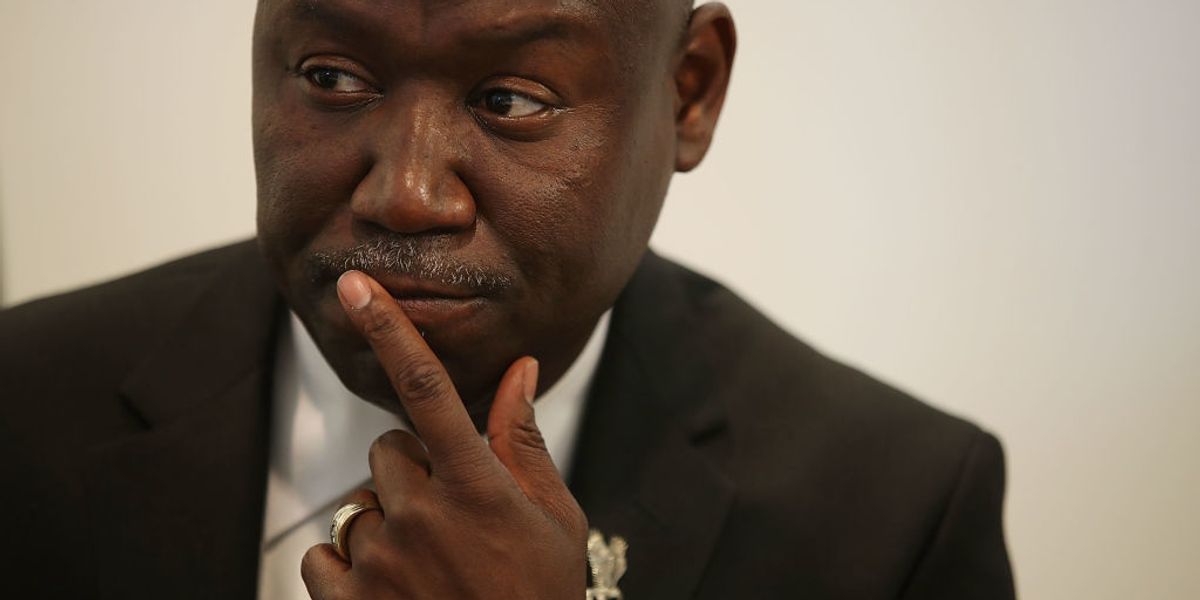 Since the George Floyd protests that started weeks ago, there has been a spike in historical statues being toppled. Statues that paid tribute to “The Star-Spangled Banner” composer Francis Scott Key, 18th-century Spanish priest Junipero Serra, Confederate statues in the Capitol, Christopher Columbus, Thomas Jefferson, and George Washington. Mobs have even torn down a statue honoring Ulysses S. Grant, who defeated the Confederacy. The attorney for George Floyd’s family isn’t so sure that tearing down statues is a constructive idea, and it might be counterproductive.

Ben Crump is a prominent civil rights attorney who has represented the families of Trayvon Martin, Michael Brown Jr., Tamir Rice, Ahmaud Arbery, Breonna Taylor, and George Floyd. Crump isn’t sure that removing controversial statues, even Confederate monuments, will have the positive effects that some activists think it will.

“I think we have to figure out how to honor people who have done things that are beneficial to society, and if they did things that were not beneficial to society, that we can examine in the lens of having a broad view of what we believe as Americans represents the best attributes of our national identity, then we should look at that,” Crump told Fox News host Neil Cavuto on Saturday.

“Whether it should be a situation where, if we keep statues up like that, we tell the history of that individual so people will know the whole story,” Crump said.

“I’m not sure pulling the statues down is the right thing if we now don’t get the lessons to understand how we can learn from those things, so we don’t repeat those mistakes of the past,” he explained. “You know, they say history – if not studied – we will often repeat it.”

North Carolina Gov. Roy Cooper (D) announced this weekend that Confederate statues would be removed out of the state capital of Raleigh. Cooper said the statues are a public safety concern. Two Confederate statues were torn down, dragged through the streets, and strung up from a street light post as a symbolic public hanging on Friday night.

“Monuments to white supremacy don’t belong in places of allegiance, and it’s past time that these painful memorials be moved in a legal, safe way,” Cooper said.

During the Fox News interview, Crump also commented on the Rayshard Brooks case. “These are very contentious times when it comes to the whole issue of police use of force,” he told Cavuto. “I think … we should all try to make sure that we examine all the attendant circumstances.”

“I hope that’s what the district attorney did, because I’ve always advocated that we have to have due process of the law for everybody and that we want to have the fair administration of justice for all involved, and what I have found is that normally, the police are going to be given every benefit of the doubt, every benefit of consideration,” Crump continued.

“We have to make sure that when we quote Thomas Jefferson’s words that all are created equally that we honor those words in America by saying we want equal consideration and equal justice under the law for all Americans,” Crump concluded.