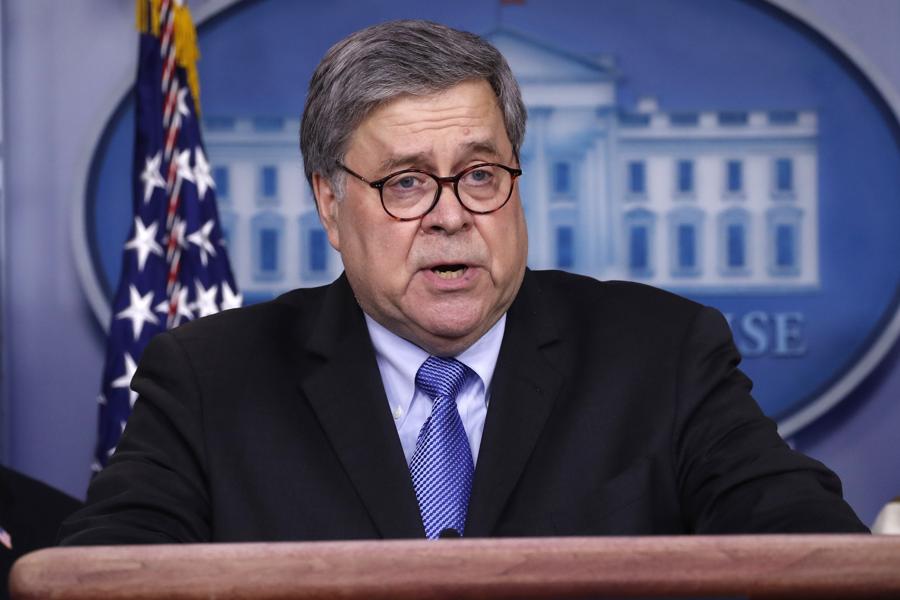 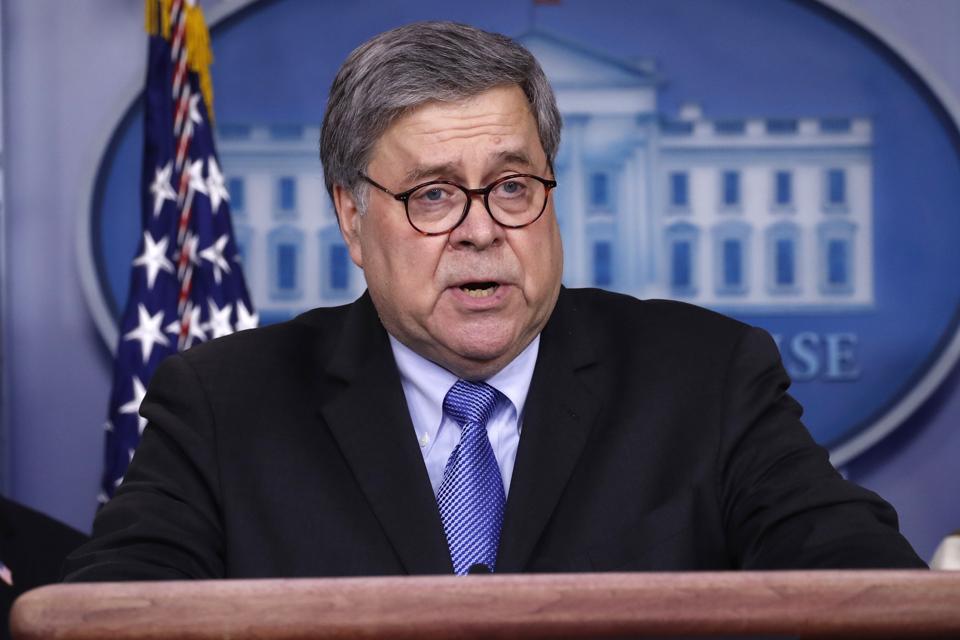 The U.S. Department of Justice is taking sides in a landmark federal lawsuit, and the man with his thumb on the scale in favor of the lawyers for a Christian rights organization is none other than Attorney General William Barr.

The DOJ filed a legal document Tuesday in Hartford, Conn., where the anti-LGBTQ Alliance Defending Freedom is representing three high school girls in their suit to stop transgender girls from competing in school sports. The Trump Administration has now joined the ADF in resorting to transphobic terms to misidentify trans girls in court documents such as “biological males” and “boys.”

The Dept. of Justice’s statement of interest argues the Connecticut Interscholastic Athletic Conference is violating Title IX, the federal law that provides equal educational opportunities for girls, including in athletics.

The CIAC says its seven-year-old policy for trans student athletes abides by state law that requires schools to respect the gender identity of students and treat them according to how they identify. And the conference points to guidance by federal court rulings and the prior federal administration, including the Justice Department, in drafting the inclusive policy.

Barr and his DOJ cohorts argue the CIAC is mistaken.

“Under CIAC’s interpretation of Title IX, however, schools may not account for the real physiological differences between men and women. Instead, schools must have certain biological males — namely, those who publicly identify as female — compete against biological females,” wrote Barr and his team. “In so doing, CIAC deprives those women of the single-sex athletic competitions that are one of the marquee accomplishments of Title IX.”

Why is “biological male” a transphobic phrase? Because, as Simón(e) D. Sun wrote in Scientific American last year, “The truth is, your biological sex isn’t carved in stone, but a living system with the potential for change. Why? Because biological sex is far more complicated than XX or XY (or XXY, or just X).” 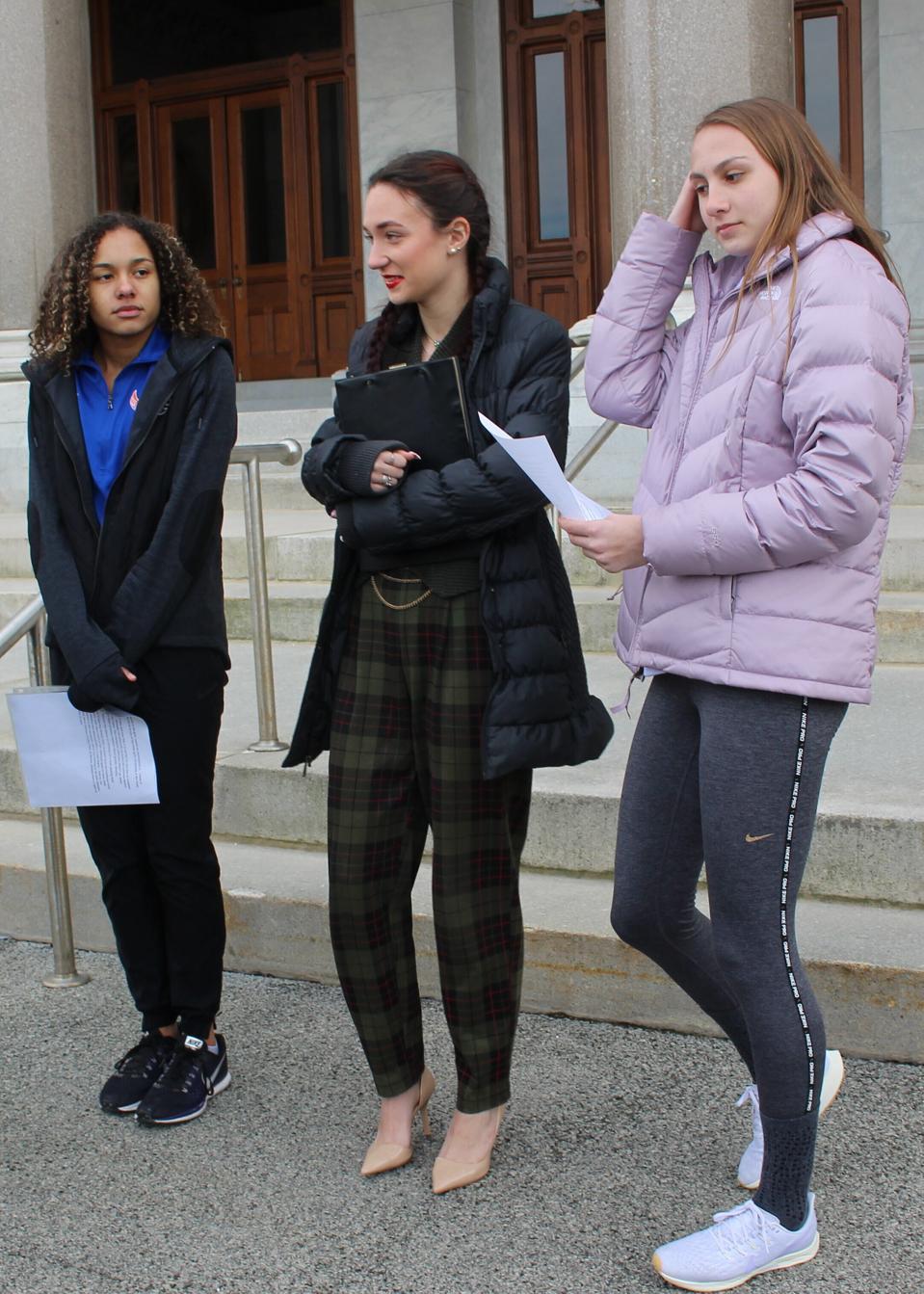 FILE – In this Feb. 12, 2020 file photo, high school track athletes Alanna Smith, left, Selina … [+] Soule, center and and Chelsea Mitchell prepare to speak at a news conference outside the Connecticut State Capitol in Hartford, Conn. The three girls have filed a federal lawsuit to block a state policy that allows transgender athletes to compete in girls sports. In a response to their lawsuit, the Connecticut Interscholastic Athletic Conference argued in a court filing that it is not subject to the federal law that guarantees equal access to women and girls in education, including athletics. (AP Photo/Pat Eaton-Robb, File)

High school seniors Selina Soule of Glastonbury, Conn., and Chelsea Mitchell of Canton, Conn. filed the suit last month along with co-plaintiff Alanna Smith, a sophomore at Danbury High School. They are all cisgender (meaning “not transgender”) track and field athletes who claim that they have been deprived of victories, state titles and scholarship opportunities because they were forced to compete with transgender athletes.

However, within eight days of going to court and pleading for fairness on the steps of the capitol in Hartford, Conn., Mitchell beat transgender runner Terry Miller, of Bloomfield High School, in the 55-meter dash, in both the Connecticut State Class S indoor track meet and the state open. Mitchell beat Miller a third time a few days later and won All New England honors with a second place finish in the long jump and a third place finish in the 55 meters.

Mitchell’s lawyer from the ADF — a group labeled an extremist hate group by the Southern Poverty Law Center — dismissed her client’s back to back to back victories as inconsequential.

“What Plaintiffs alleged — and what is true — is that due to physiological differences, female athletes cannot beat ‘comparably talented and trained’ males,” attorney Christiana Holcomb told the Associated Press. “And if Chelsea beat Miller by a hair in a particular race, Miller nevertheless deprived one girl of the second-place title in that race, and pushed the third-fastest girl off the victory podium entirely.”

Strangio is a trans man as well as deputy director for Trans Justice at the ACLU’s LGBT & HIV Project. “Our clients are two high school seniors who are just trying to enjoy their final track season of high school and who now have to contend with the federal government arguing against their right to equal educational opportunities,” Strangio told the AP. “History will look back on these anti-trans attacks with deep regret and shame. In the meantime we will continue to fight for the rights of all girls to participate in the sports they love.”

All of the student athletes on both sides are waiting to compete right now because of concerns about the coronavirus pandemic, which has postponed the start of state and regional track and field competitions and shuttered their schools.

Although the trans girls represented by the ACLU haven’t commented publicly, last month the group did share statements on Twitter by both Miller and Yearwood. Both girls raised another aspect of this battle: they are both young women of color, and two of the three plaintiffs in the federal lawsuit are white.