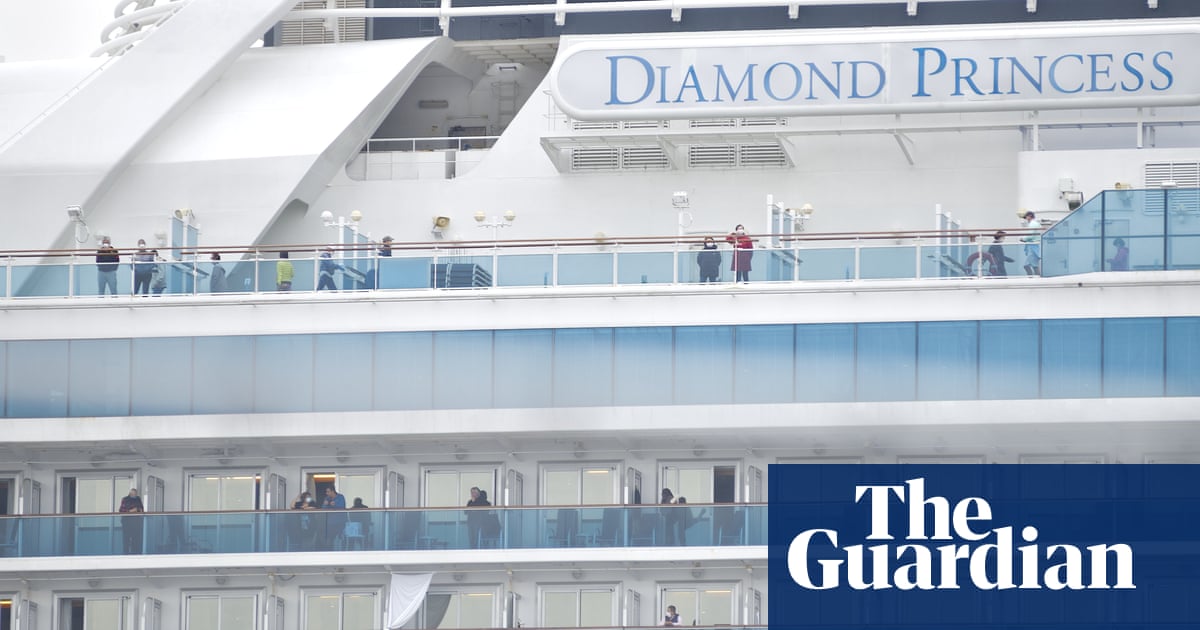 More than 200 people stranded on the Diamond Princess cruise ship in Japan by the coronavirus outbreak will be flown to the Northern Territory, where they must remain in quarantine for a further 14 days.

Scott Morrison said on Monday that 209 Australians still aboard the cruise ship, in quarantine in Yokohama since 3 February when cases of Covid-19 were discovered on board, would be brought to Australia on a Qantas charter flight on Wednesday.

The evacuees would be taken to the former construction workers’ village at Howard Springs, outside Darwin, where they would remain in quarantine for a further 14 days. About 150 Australians on Diamond Princess are over the age of 60.

Coronavirus: Japan braces for hundreds more cases as another China city locked down

“I understand that those who were on board will feel very frustrated about this, as will their family members,” the prime minister said. “But our first responsibility is that we have to protect the health and safety of Australians in Australia.”

The camp already houses more than 200 Australian evacuees brought from Wuhan, the city at the centre of the outbreak, on a Qantas flight on 9 February. They would be kept separate from the new arrivals, said Prof Dianne Stephens, the deputy chief health officer of the Northern Territory.

“We can quarantine the two groups and have them not mixing at all,” Stephens said.

The US, Hong Kong and Canada are also in the process of evacuating their citizens from the Diamond Princess. On Monday the US State Department said 14 of 300 US citizens and family members who had been on the ship had tested positive for the novel coronavirus.

The American passengers were preparing to return to the US on chartered aircraft when US officials were informed of the positive tests. The passengers were allowed to board the plane, but were isolated from the others and would be monitored closely.

Meanwhile, the first group of Australians evacuated from Wuhan who were taken to Christmas Island have completed their quarantine and were being returned to the Australian mainland on Monday. None tested positive to the coronavirus.

Another group of 35 who arrived on the island later after being evacuated on an Air New Zealand flight that travelled via Auckland must remain to finish their 14 days in quarantine later this week.

Some positive news with the first group of over 200 Australian citizens and permanent residents we helped get out of Wuhan leaving Christmas Island today to head home after completing the quarantine period recommended by our health experts, without anyone developing Coronavirus. pic.twitter.com/bGqLDAv9An

Australia’s chief medical officer, Prof Brendan Murphy, acknowledged that the people on board the cruise ship had already been in quarantine for 12 days and had “done everything that they have been asked to do”.

The extra two weeks of quarantine was required due to uncertainty about how the virus was spreading on board the ship, Murphy said.

“We are not quite sure why there have been ongoing infections. But given there have been recent cases, we cannot be absolutely sure that any of the currently well people on the ship who are coming home on Wednesday are not carrying the virus.”

Of more than 3,000 people on the Diamond Princess, there have been 355 confirmed cases of Covid-19, including more than 20 Australians who are being treated in Japan.

Anyone from the ship who was not on the Qantas flight would be refused entry if they sought to enter Australia within the next 14 days, regardless of nationality, Morrison said.

Murphy attributed the low number of coronavirus cases in Australia to the efficiency of the containment strategies the government had put in place.

“If you are a passenger on the ship and you want to come back to Australia, your only option is to get on the flight,” Murphy said.

Morrison also confirmed that there were Australians on the MS Westerdam, a cruise ship that arrived in Cambodia on Friday, after a passenger was confirmed to have the virus. Thirty-nine Australian passengers are in Phnom Penh where they have been provided with accommodation by the Cambodian authorities and are being screened for the virus.

Ten Australians have remained on board, along with another 200 passengers.