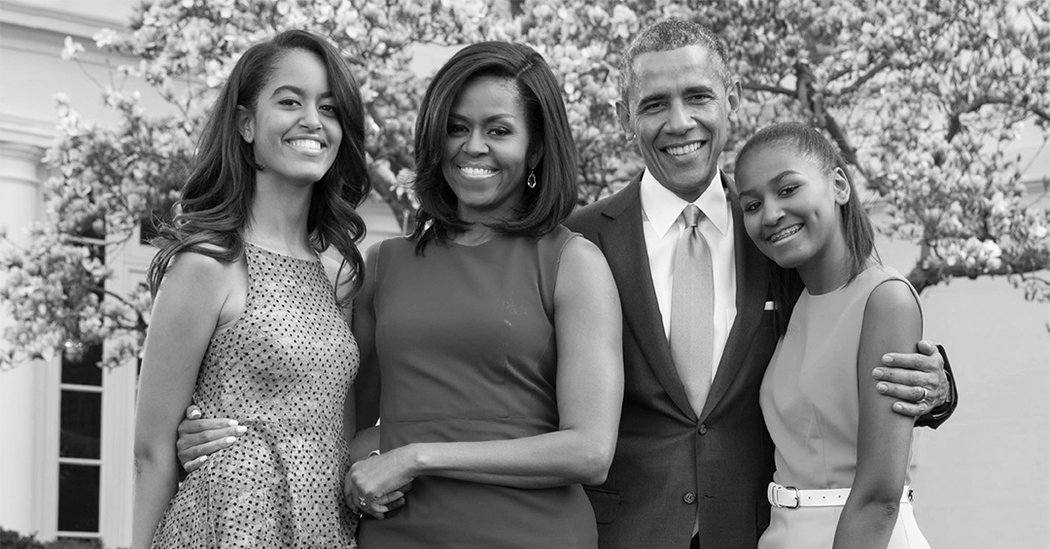 I got a call last week from a D.C. number I didn’t recognize.

“Hi, this is Michelle Obama,” the recorded voice of the former first lady said. She was robo-calling to let me (and thousands of other residents of the District of Columbia) know about free coronavirus testing in the nation’s capital.

Mrs. Obama’s voice, seemingly imported into my phone from a long time ago and a galaxy far, far away, signaled an important truth in our current politics: As much as elections are always said to be about the future, the campaign we’re all living through right now is very much about the past and immediate present.

But now that most of the country is stuck in their homes without any idea of when any semblance of normal life can begin, it’s hard to make major life decisions when no one knows if schools will be in session come September or when or if jobs will return for the millions of Americans out of work.

Given this reality, who can think much about the future? Tens of thousands of people are dying from the coronavirus right now, and millions of others are out of work with no prospect of going back.

Joe Biden, after campaigning against the liberal political revolution by arguing that people need help now, has seen his campaign swallowed by an accusation that he sexually assaulted a former aide in a Senate hallway in 1993. His regular references to his time in the Obama administration and senators of decades’ past are hardly the stuff of Bill Clinton’s “build a bridge to the future.” Mr. Biden has described himself as a “transition candidate,” someone to stabilize the country until an unnamed successor can chart the nation’s new course.

That brings us back to Mrs. Obama.

Without an exciting vision of the future to sell, Democrats are left with pitching voters on their ideal of the past. The Obamas remain the most popular figures in Democratic politics, their admiration so universal that everyone from Bernie Sanders to Mike Bloomberg used the former president in TV advertisements. On Monday “The Committee to Draft Michelle Obama” for vice president announced its formation.

The question for Mr. Biden, with six months to go before Election Day, is whether remembering what things were like before Trump and a pandemic will be enough.

We want to hear from our readers. Have a question? We’ll try to answer it. Have a comment? We’re all ears. Email us at [email protected].

Where is Joe Biden, anyway?

President Trump is a regular feature on our TV screens, with his sometimes hourslong late afternoon coronavirus briefings from the White House. But it takes work to find Joe Biden — you usually have to look for him on a livestream somewhere. Margaret Ashley of Canandaigua, N.Y., writes:

I appreciate that campaigning has become a whole different animal. But, with President Trump filling the airwaves for hours each day, he is taking advantage of his ability to put himself in front of voters, even when many wish he would stop. However, Joe Biden seems to have pretty much disappeared, and that concerns me … a lot. Why is he, his election team and the Democratic Party not doing everything they can think of to get Joe in front of a camera and a mic? And I am also frustrated that news outlets are not seeking Mr. Biden out more and giving him opportunities to be seen and heard.

Rest assured, every news outlet in America, including this one, is seeking out Mr. Biden. How much or little you see him is purely a function of his team’s decisions about how visible he should be in this moment. (And there are many, many Democrats who think he should be seen and heard from a lot more.)

There’s only so much Mr. Biden can do from the basement of his Delaware house. Like most of us, he can’t leave his house. Unlike the president and governors, he doesn’t have a real job to do. His podcasts and video chats have been of limited news value, but they are taking place for those who care to tune in.

Do keep in mind that all this may not be so bad for the former vice president. Mr. Trump’s approval ratings are terrible. Mr. Biden leads in head-to-head polling in nearly all the key battleground states. Each day seemingly brings more evidence that Mr. Trump has alienated more of the suburban voters who helped him win in 2016 but have rebelled against Republicans since.

Maybe, given all of that, it’s not such a bad idea that you don’t see that much of Mr. Biden.

Finally, we have live sports to watch again, so long as you’re willing to stay up until 1 a.m. tonight to catch some Korean baseball. Go NC Dinos!

Were you forwarded this newsletter? Sign up here to get it delivered to your inbox.

Is there anything you think we’re missing? Anything you want to see more of? We’d love to hear from you. Email us at [email protected].