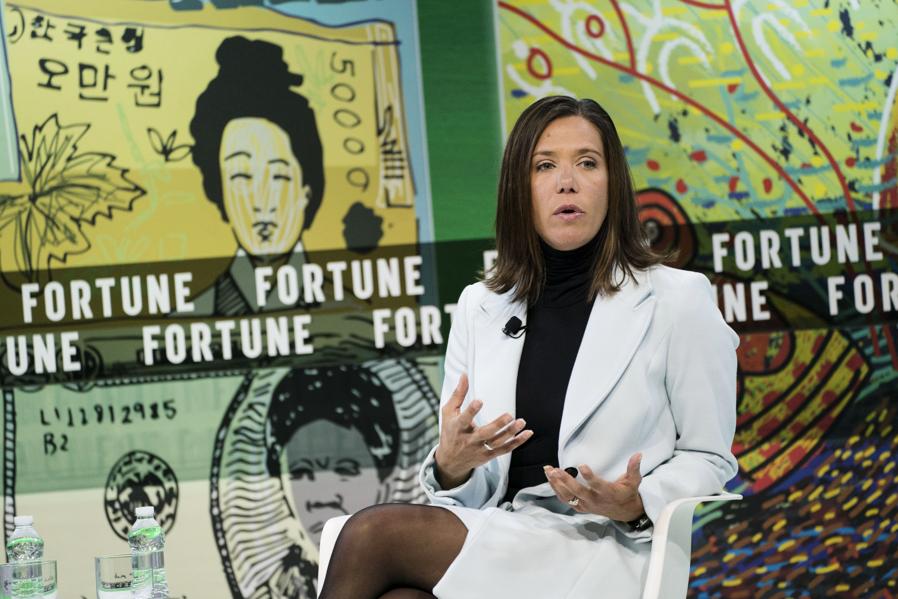 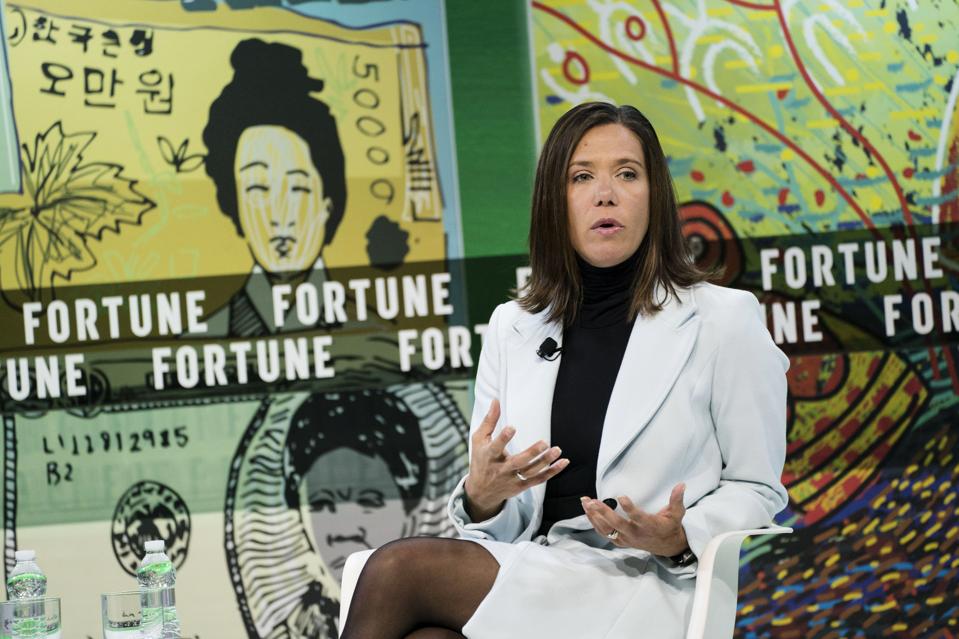 Corie Barry, the CEO of big-box electronics and technology retailer Best Buy, was accused by a whistleblower of having an inappropriate affair with another executive.

Barry has had a meteoric rise throughout her career. She started out as an auditor with the Big Four accounting firm Deloitte & Touche before joining Best Buy. Over the next 20 years, Barry held about 15 positions—successfully rising to the president of the Geek Squad Services division (the group that troubleshoots and fixes computer and related issues), chief financial officer and then CEO.

Barry is one of only a handful of women who lead Fortune 500 companies. She is married and has two children. At just 44-years old, she is one of the youngest CEOs of an S&P 500 company.

Barry once said in a CNBC interview, “My career path is anything but linear. I spent time in finance. I spent time actually living and working in the field in retail. I spent time running services. I started our strategic growth office. I’ve had the chance to run our technology teams.”

The allegation was made in an anonymous letter, which was sent to the board of directors. It alleged that Barry maintained a long-term romantic relationship with her former boss, Best Buy senior vice president Karl Sanft, before she became CEO. The company replied to the allegation by saying, “Best Buy takes allegations of misconduct very seriously.” An outside law firm was retained to conduct an independent review of the matter. Sanft left Best Buy in early 2019 and is now the chief operating officer of 24 Hour Fitness Worldwide. The pair had worked together for about 20 years.

“The board has my full cooperation and support as it undertakes this review, and I look forward to its resolution in the near term,” Barry said in a written statement.

The writers of the letter, who also sent it to a number of news organizations, described themselves as long-standing employees who “love Best Buy as family.” They assert their strong devotion to the company “and would quite literally do anything for the organization.” The letter writers called for Barry’s resignation or termination by the board of directors.

A review of Best Buy’s Code of Business Ethics does not directly reference interoffice romances. The only times relationships are deemed inappropriate are in these types of contexts:

The retailer had underwent similar issues in the past. Barry’s predecessor, Brian Dunn, left Best Buy in 2012 due to an investigation into his affair with a much younger employee and the accusation that he misused company assets relative to the relationship. Best Buy founder Richard Schulze was alleged to have known about the affair and did not disclose this fact to the board. He then stepped down as the chairman of the board.

There is a fast-growing trend in the exercise of corporate ethics and responsibility. CEOs and senior-level corporate executives are being held more accountable than ever before. Recently, over a dozen CEOs of major global corporations were let go or forced to leave their positions because of ethical lapses. In November, McDonald’s board of directors terminated the fast-food chain’s CEO, Steve Easterbrook. The board, according to a company statement, said Easterbrook “demonstrated poor judgment involving a recent consensual relationship with an employee.”

In the past, it was commonplace for co-workers to engage in romances. After all, you are spending most of your working hours with colleagues. Presumably, since you are at the same company and may work closely together in the same division, you already share some common interests. Billionaire Microsoft founder and former CEO Bill Gates famously met and married a Microsoft executive, Melinda Ann French.

Today, most corporations have strict rules prohibiting relationships. Although companies try to stop office relationships, a study shows that it is still happening. Harris Interactive, a custom market research agency, conducted a survey, which reported that 41% of employed Americans ages 25 to 40 admitted to having engaged in an office romance.

In this #metoo environment, wouldn’t it be more rational to have an open and honest conversation rather than hiding it under the covers? Strict policies don’t always work. Companies should treat their employees as people and not unduly restrict their behavior.

A simple solution would be to allow workers to sign a contract or company agreement acknowledging a mutually consenting relationship and have it on file with the human resources department. This relationship would be handled similarly to how Best Buy’s code requires the disclosure of outside investments and business activities. By shedding more light on this topic, it wouldn’t force people to hide their activities, which then makes the matter seem much more ominous.