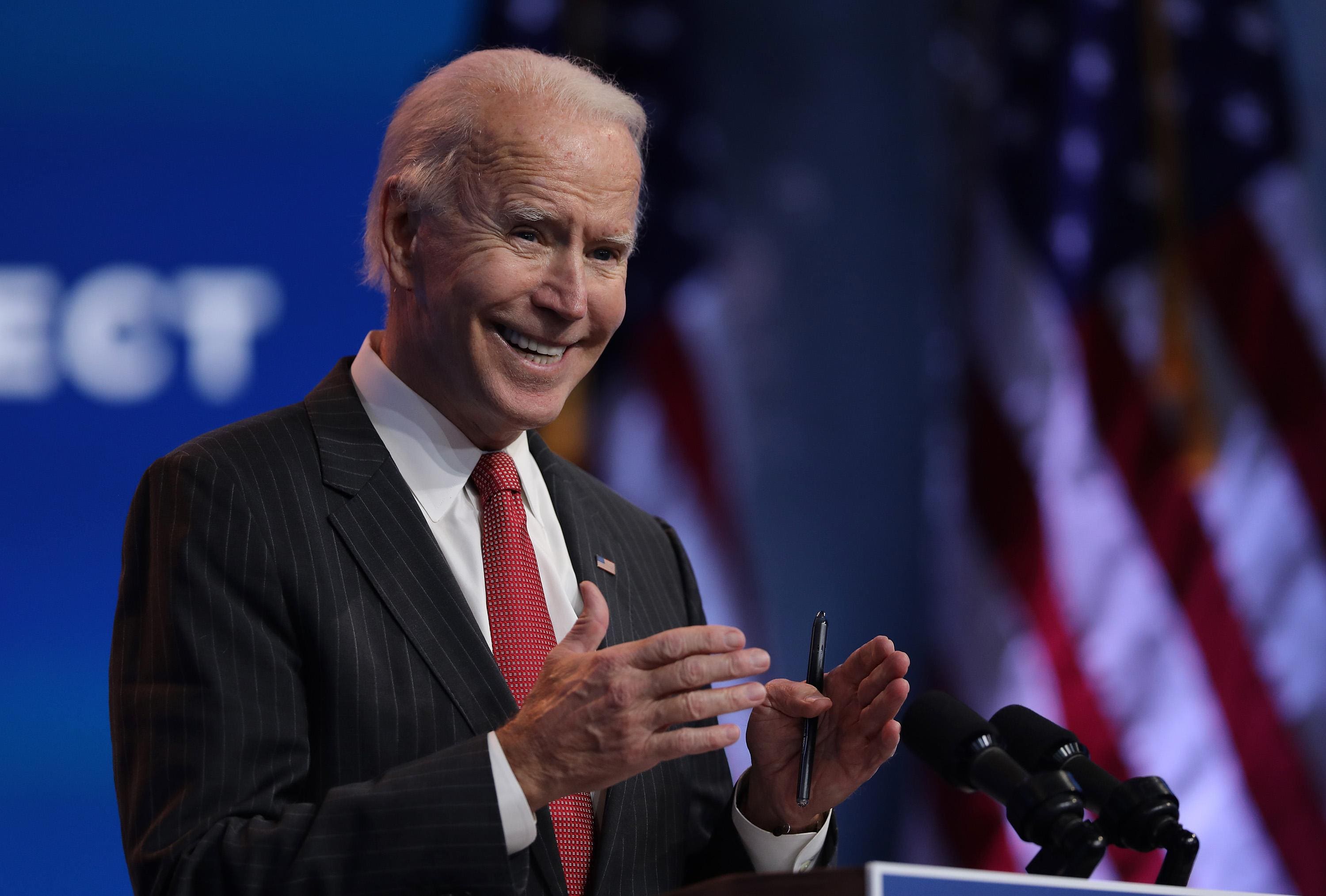 President-elect Joe Biden said he believes $1,200 stimulus checks “may still be in play” as part of a $908 billion bipartisan stimulus package being negotiated by Congress, saying he supports adding the checks—which are absent from the proposal—as a progressive call for more aid to go directly to American workers. 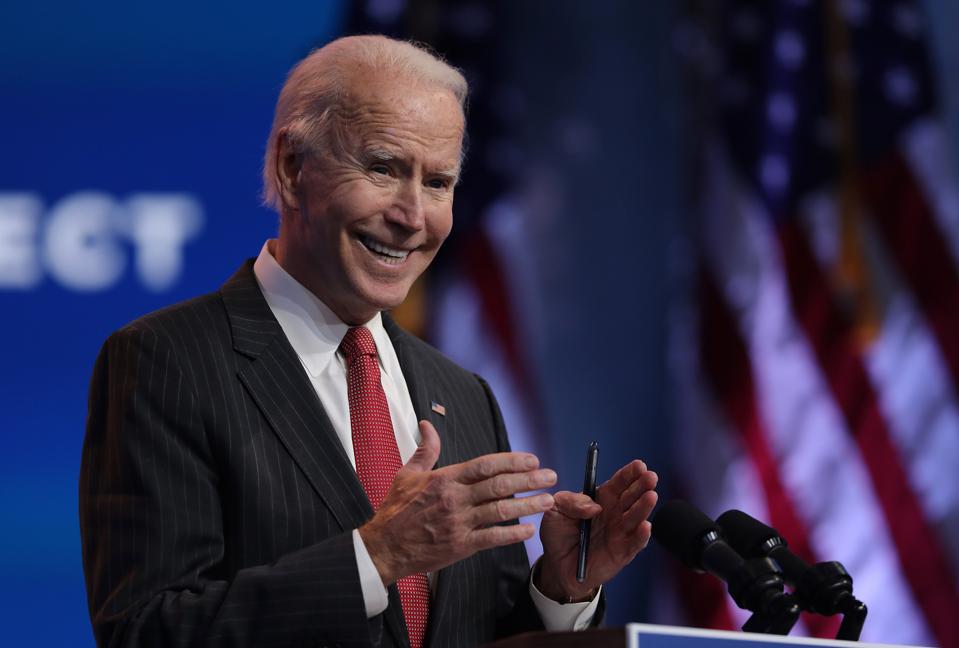 President-elect Joe Biden speaks as he addresses the media after a virtual meeting with the National … [+] Governors Association’s executive committee at the Queen Theater on Nov. 19, 2020 in Wilmington, Delaware. (Photo by Joe Raedle/Getty Images)

Biden said at a news conference Friday that the stimulus package “would be better if they had the $1,200” checks, like the ones sent out as part of the CARES Act passed in the spring, which more than 159 million Americans had received by June.

Biden’s view comes after discussing the stimulus privately with lawmakers, he said, adding he is confident the latest round of negotiations will finally lead to a new package after months of deadlock.

A major holdup to any stimulus bill is whether it will have the support of Senate Majority Leader Mitch McConnell (R-Ky.), who’s continued to express support for a $500 billion “skinny” package that’s failed multiple times, but signaled Thursday he’d be open to a more expensive package, saying “compromise is in reach.”

Biden stayed silent for several seconds and ultimately avoided answering a question about whether he had spoken to McConnell about the stimulus deal.

Top progressives have slammed the current proposal, in part because stimulus checks aren’t included. U.S. Reps. Alexandria Ocasio-Cortez (D-N.Y.) and Rashida Tlaib (D-Mich.) have both called for the $1,200 checks, while U.S. Sen. Bernie Sanders (I-Vt.) has said the $1,200 checks should be included “at the very least” in the stimulus package. Sanders said Friday he would not support the bill unless “it is significantly improved.”

After earlier efforts had reached a partisan-based dead end, a new proposal was announced this week by a bipartisan group of U.S. senators—Sen. Mark Warner (D-Va.), Sen. Mitt Romney (R-Utah), Sen. Joe Manchin (D-W.Va.) and Sen. Rob Portman (R-Ohio). Their plan includes $300 weekly federal unemployment payments for four more months, short-term liability protections for businesses and an additional $288 billion for small businesses—including funding for the Paycheck Protection Program—along with other aid. House Speaker Nancy Pelosi (D-Calif.) has issued her critical support for the $908 billion, even though it is much smaller than the $2 trillion+ deal she had been negotiating with President Donald Trump’s administration before Election Day.

Biden reiterated Friday that he sees the current package as a “down payment” that can be passed during the Trump administration before he takes office in January, when he said he hopes to sign a much more comprehensive stimulus bill.

Pelosi: ‘We Have Time’ For Stimulus, $908 Billion Framework ‘Just A Start’ And Government Will Not Shutdown (Forbes)