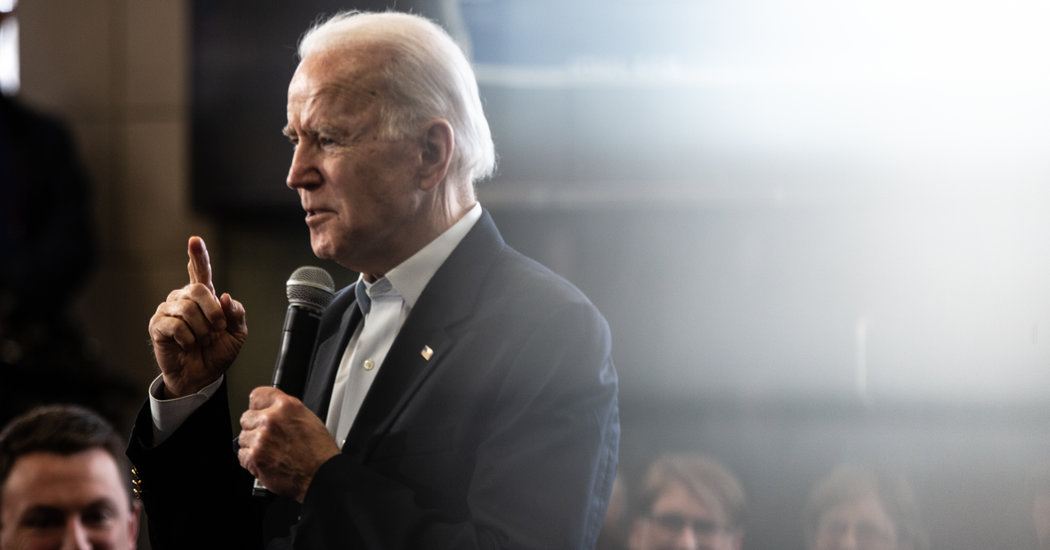 Joseph R. Biden Jr. and the Democratic National Committee raised more than $60 million in April, a substantial haul that may help soothe Democrats’ worries about Mr. Biden’s ability to compete financially with President Trump and the Republicans despite their vast cash advantage.

Mr. Biden, the former vice president, made the announcement in an email to supporters on Monday, and also sought to highlight traction with small-dollar donors: “The average online donation to my campaign was only $32.63,” he wrote.

Despite the haul, Mr. Trump and the Republican National Committee edged out the Democrats’ numbers in April, raising $61.7 million.

More significant is that with the advantage of incumbency and the ability to fund-raise for the past three years, the Republicans are beginning the general election with about $255 million in cash on hand. As of late last month, Mr. Trump and the R.N.C. had nearly $187 million more in the bank than Mr. Biden and the D.N.C. The president’s re-election campaign is already embracing that edge by unleashing a $10 million ad blitz aimed at attacking Mr. Biden.

Mr. Biden and the D.N.C. started a joint fund-raising agreement at the end of April, after he became his party’s presumptive presidential nominee.

“The money disadvantage is real, and it hurts, but to win you don’t have to equal Trump in fund-raising,” said Jim Margolis, a veteran Democratic strategist, addressing the broader cash imbalance. “You just need to be able to communicate, organize and compete in the seven or eight states that will determine the election.”

The April number is the product of a full month of fund-raising virtually, after the coronavirus crisis shut down traditional campaigning in March, just as Mr. Biden was emerging as the likely nominee.

Since then, instead of taking victory laps at in-person fund-raisers, Mr. Biden has kept up a rapid pace of raising money over video. In recent weeks he has appeared virtually with campaign rivals turned possible running mates — Senators Kamala Harris of California and Amy Klobuchar of Minnesota — and he held a huge fund-raiser with veterans of the Obama administration and campaign that drew 2,200 participants, according to a pool report from the event.

Mr. Biden’s campaign is also planning a multiday virtual meeting of his finance committee, scheduled for later this week, according to an invitation.

Some of Mr. Biden’s donors and allies have been uneasy about his fund-raising prospects since the pandemic hit, decimating the economy. In his note to supporters, Mr. Biden acknowledged the challenge of seeking donations in such an environment.

“I am especially humbled because I know what a sacrifice it is to give in economic times as difficult as the one we’re in,” he wrote. “When staring down the face of economic uncertainty, you chose to put your money behind me.”

Mr. Trump’s advisers are discussing virtual fund-raisers with the president to be held in the coming weeks, and hope to start holding in-person events again in the summer.