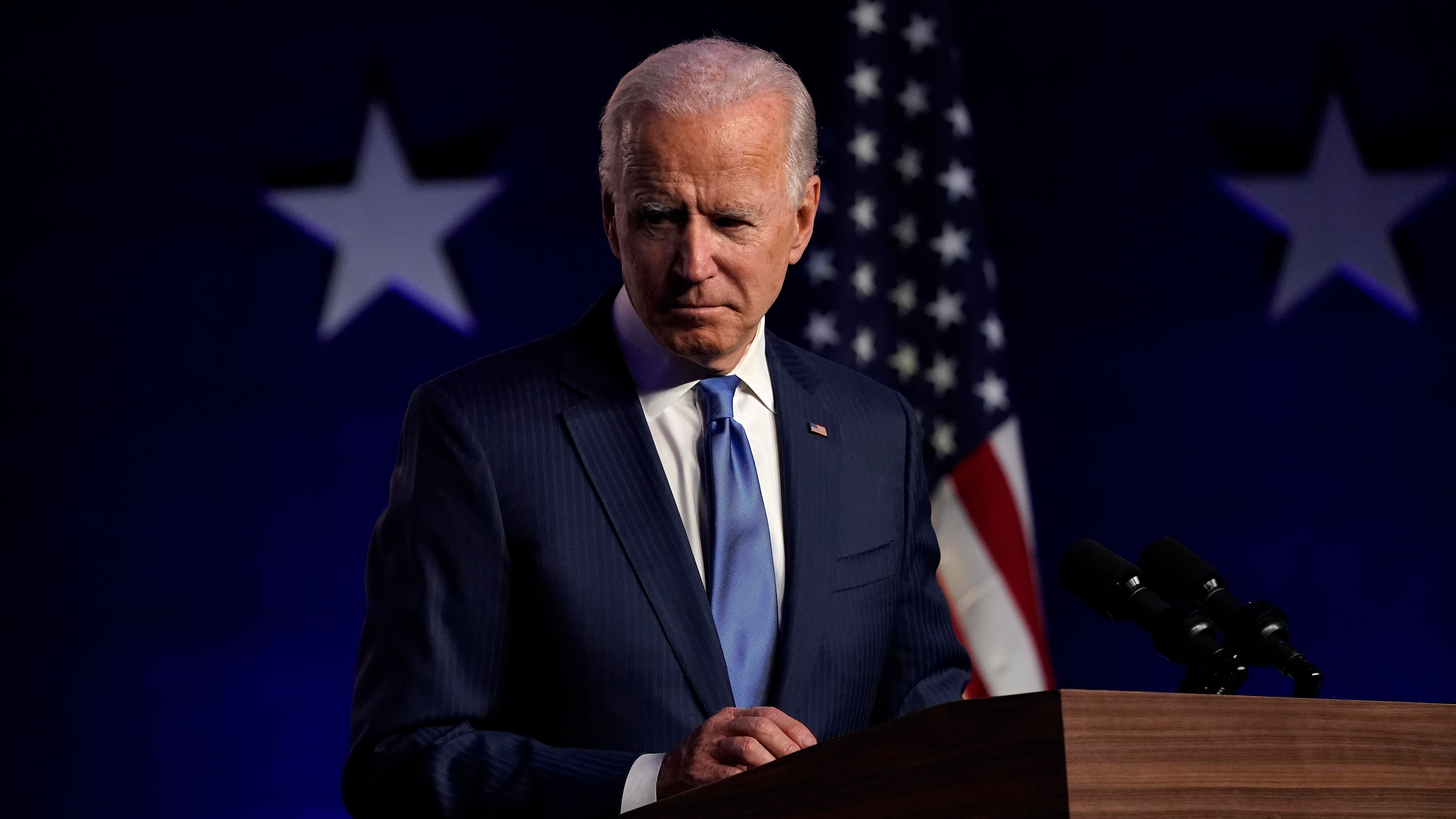 Joe Biden stopped short of declaring himself the outright winner of the 2020 presidential election in a speech Friday night, but predicted he would emerge with a clear mandate when the dust settles, calling for Americans to come together in the aftermath of a brutal campaign. 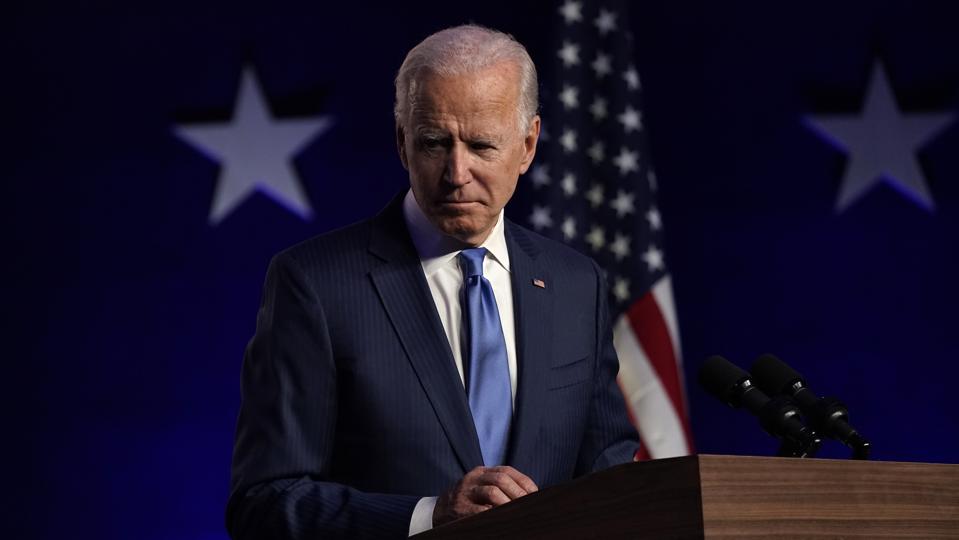 WILMINGTON, DELAWARE – NOVEMBER 06: Democratic presidential nominee Joe Biden addresses the nation … [+] at the Chase Center November 06, 2020 in Wilmington, Delaware. The winner of the 2020 presidential election has yet to be declared, as vote counting continues in the key states of Pennsylvania, Georgia, Nevada, Arizona, and North Carolina. (Photo by Drew Angerer/Getty Images)

The Democratic presidential candidate said he doesn’t have a “final declaration of victory” as the outcomes in Pennsylvania, Georgia and Nevada – and thus, the Electoral College – remain uncalled, but nonetheless he predicted he would “win this race with a clear majority of the nation behind us.”

With 50.5% of the national popular vote to Trump’s 47.7%, Biden leads by nearly 4.2 million votes, according to the New York Times – a number set to grow as outstanding ballots in deep-blue California and New York are counted.

“We’ve gotten over 74 million votes,” Biden exclaimed, noting that the total is already more than any other presidential candidate in U.S. history has attained.

Biden asserted voters gave him a “mandate for action on Covid, the economy, climate change, systemic racism” and “made it clear they want the country to come together,” despite Democrats likely falling short of full control of Congress.

Biden said that while “tensions are high … after a tough election,” people should “remain calm and patient” as votes continue to be counted, calling for the nation to “put the anger and demonization behind us” and “come together as a nation to heal.”

Reprising a theme of his campaign, Biden said he would “represent the whole nation” and “work as hard for those who voted against me as those who voted for me,” stating that the nation’s daunting crises leave “no time to waste on partisan warfare.”

“The purpose of our politics isn’t to fan the flames of conflict, but to solve problems,” Biden said. “We may be opponents, but we’re not enemies. We’re Americans … we’re certainly not going to agree on a lot of issues, but at least we can agree to be civil to one another.”

“Joe Biden should not wrongfully claim the office of the President. I could make that claim also,” Trump declared on Twitter hours before Biden’s speech, despite having incorrectly declared victory the morning after the election. “Legal proceedings are just now beginning!” Trump added, a reference to his campaign’s efforts to dispute mail-in ballots in Nevada, Georgia and Pennsylvania.

“I hope to be talking to you tomorrow,” Biden concluded at the end of his remarks. Sen. Chris Coons (D-Del.) told reporters gathered in Wilmington, Del., on Friday that he expects Pennsylvania to be called for Biden on Saturday, putting him over the top in the Electoral College.