With no new results since Wednesday evening and hours until more begin to trickle in, Joe Biden is holding a very slight lead over President Trump in Nevada, a swing state whose six electoral votes would secure a victory for the Democratic nominee. 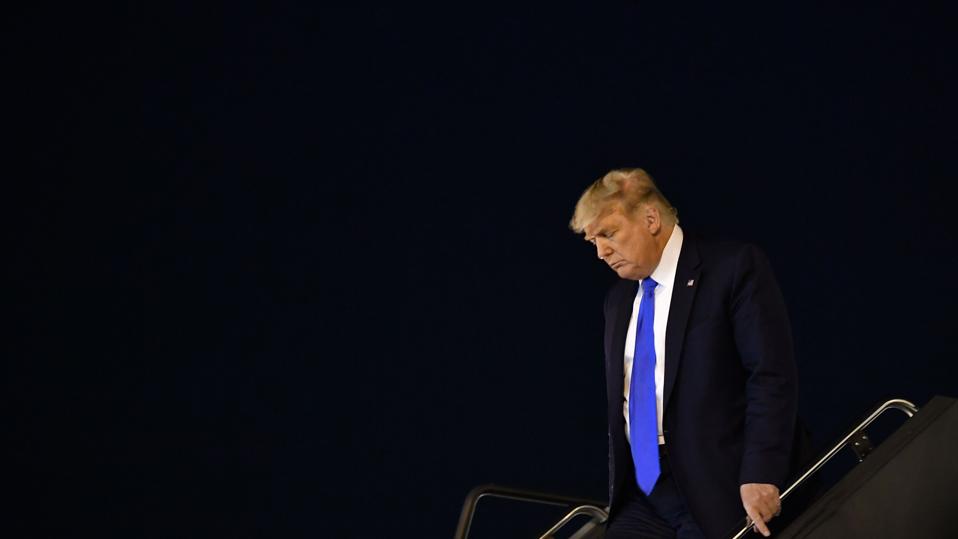 US President Donald Trump steps off Air Force One upon arrival at McCarran International Airport in … [+] Las Vegas, Nevada on October 18, 2020.

After tightening throughout the day, the race has looked this way since Wednesday evening when Nevada’s secretary of state said it would not release any more vote totals until around noon EST on Thursday.

So far, Biden has had an edge over Trump in Clark County, which houses Las Vegas as well as almost 70% of Nevada’s active voters, and thousands of outstanding votes (Clark County Registrar Joe Gloria refused to release specific numbers) could push him over the finish line.

Nevada is one of five states for which The Associated Press has not yet declared a winner. It’s the only state won by Hillary Clinton in 2016 that’s still on the table. While no Republican candidate has won Nevada since 2004, Trump made a serious play for the state this election cycle. Winning the state would give Trump a small boost, but he would still need to gather 50 points to gain re-election.

The Trump campaign is planning to announce a lawsuit in Nevada, alleging voter fraud. This will join a barrage of legal challenges filed by the Republican incumbent in Michigan, Pennsylvania and Georgia.