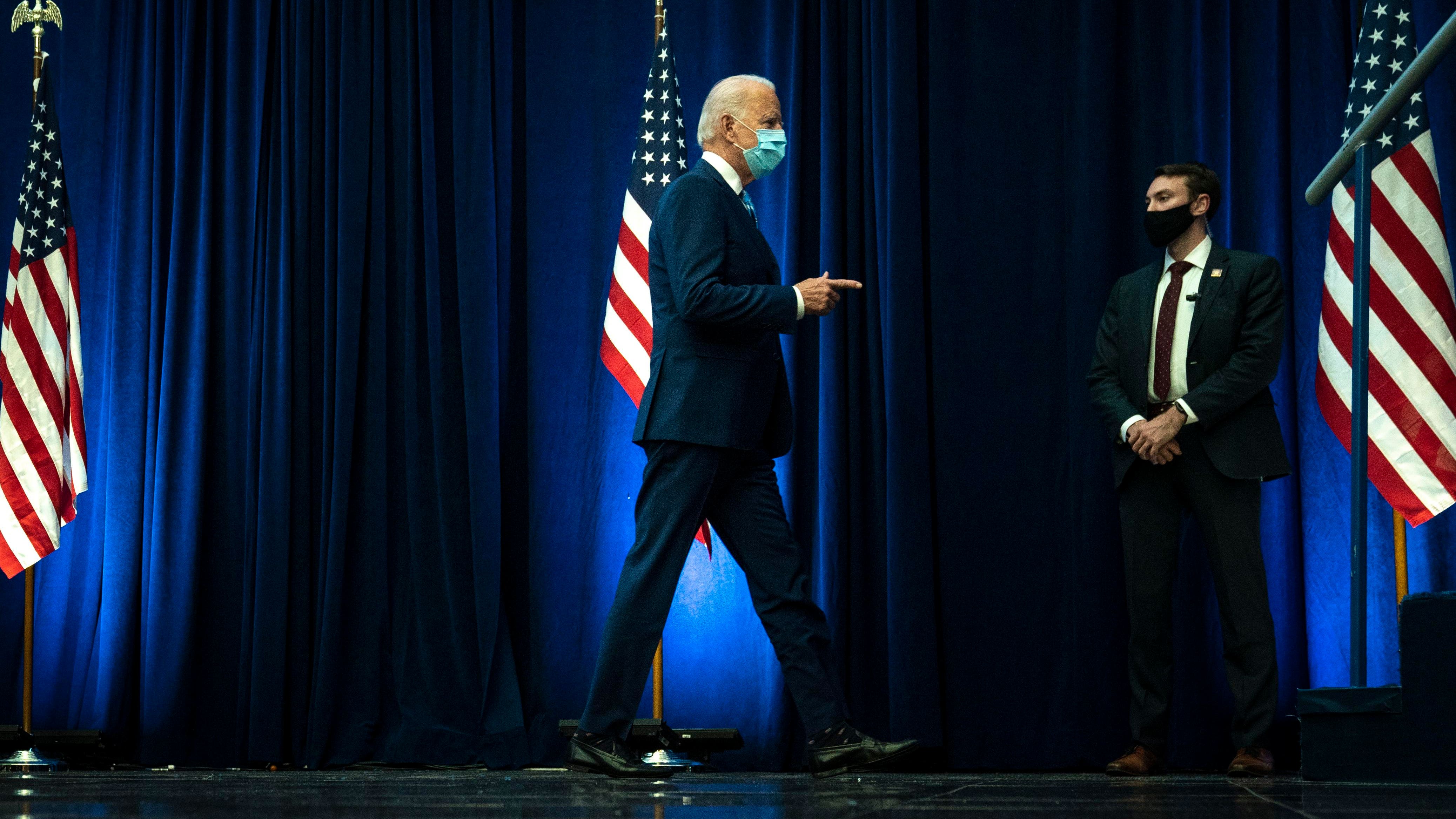 Democratic candidate Joe Biden is on track to win the presidency, but if he wins in all the states where he’s currently ahead, the victory won’t even be close by some peoples’ standards: namely, President Donald Trump’s standards. 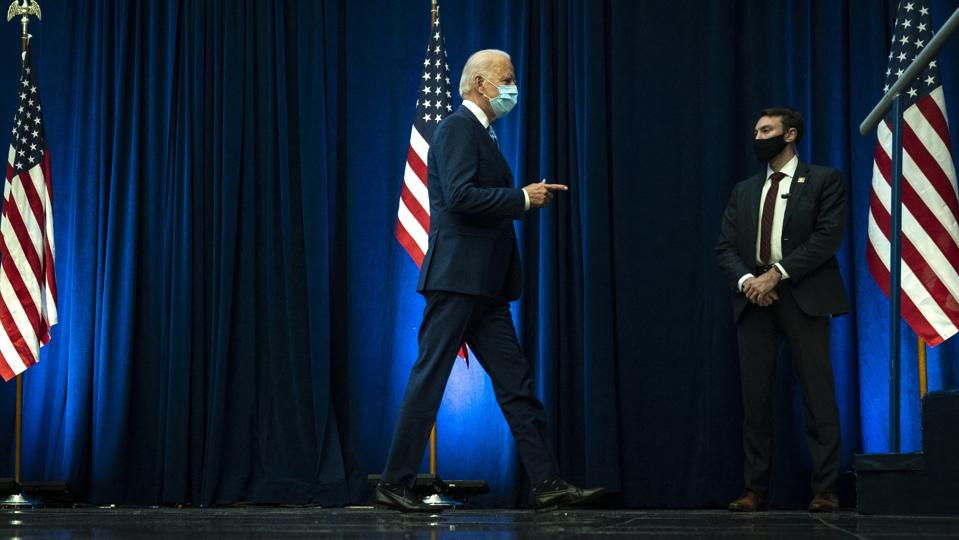 WILMINGTON, DE – NOVEMBER 04: Democratic presidential nominee Joe Biden arrives to speak one day … [+] after Americans voted in the presidential election, on November 04, 2020 in Wilmington, Delaware. Biden spoke as votes are still being counted in his tight race against incumbent U.S. President Donald Trump which remains too close to call. (Photo by Drew Angerer/Getty Images)

If that number seems familiar, it’s because Trump won that same number of electoral votes in 2016 after capturing Pennsylvania, Wisconsin and Michigan himself, even as he lost the popular vote by nearly 3 million votes.

In an interview with Fox News host Chris Wallace in Dec. 2016, Trump dismissed a question about Russian interference in the election by boasting “we had a massive landslide victory, as you know, in the electoral college, I guess the final number is 306 and [Clinton] is down to a very low number.”

Biden is also on track to win the popular vote by an even larger margin than Clinton did: he currently leads by over 4 million votes, nearly 3 points, according to the New York Times.

Though 306 electoral votes is a landslide in Trump’s telling, fact-checkers were quick to note that, from a historical perspective, it’s far from unprecedented. “It’s hard to argue this represents a landslide of historic proportions, given that out of 58 presidential elections, the winner has received more electoral votes in 37 contests,” NPR’s Arnie Seipel wrote at the time.

The past comments are relevant amid the backdrop of multiple reports that Trump may refuse to concede the election. His campaign has alleged, without evidence, that enough widespread fraud occurred in key states to flip the result, and believes it can rack up enough legal victories in four different states to pull off a shock electoral college win – an unlikely prospect with even a favorable judiciary.

“As we said on July 19th, the American people will decide this election. And the United States government is perfectly capable of escorting trespassers out of the White House,” Biden spokesperson Andrew Bates told Forbes in a statement.