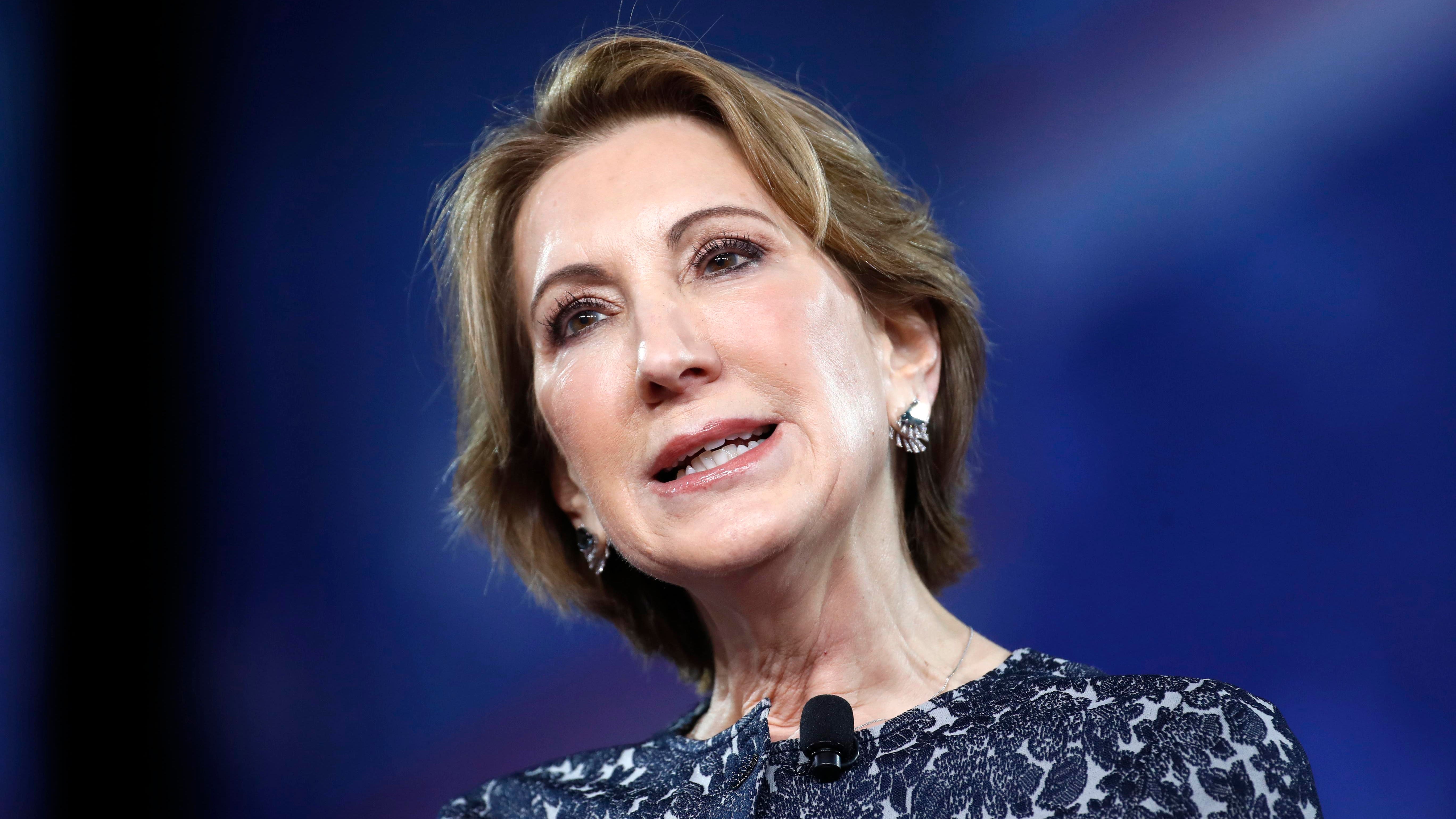 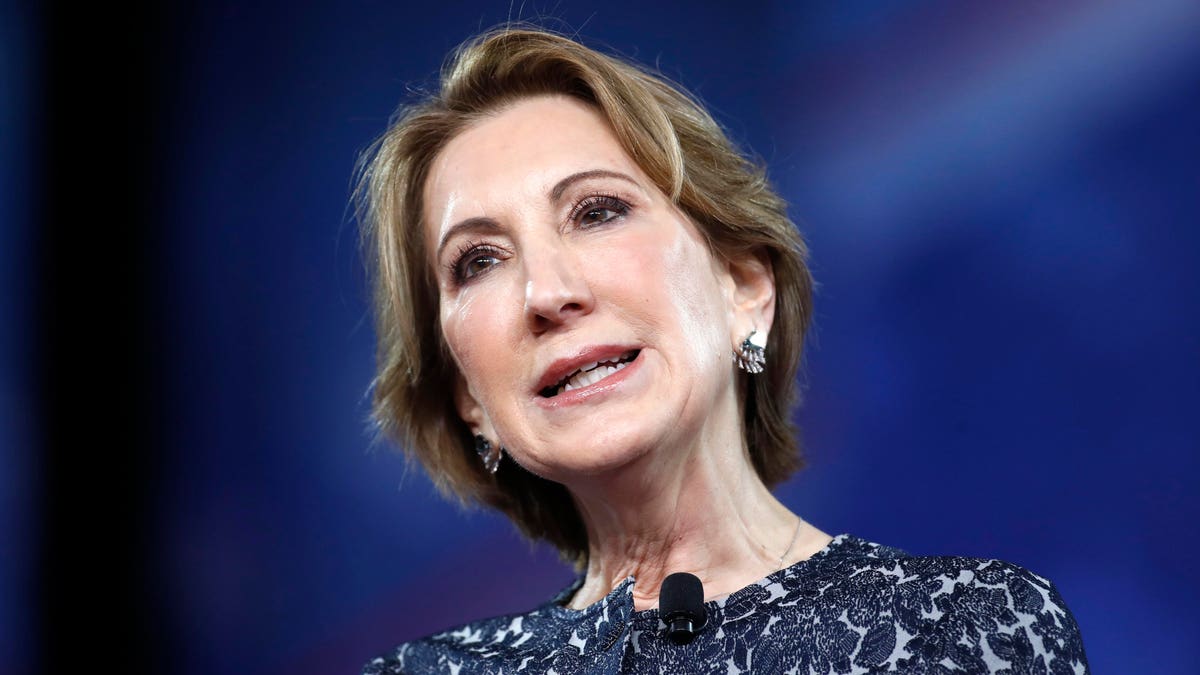 Democratic candidate Joe Biden is padding his already historically large list of crossover endorsements in the final days of the presidential campaign – a list that includes former GOP heavyweights and presidential candidates, party veterans and even some Trump administration officials.

Former Gov. John Kasich, who challenged Trump for the GOP nomination in 2016, has been one of Biden’s most vocal Republican backers, lauding his “experience and his wisdom and his decency” at the Democratic convention.

Former Homeland Security Department Chief of Staff Miles Taylor accused Trump of withholding disaster aid from blue states and claiming “magical authorities” above the law and revealed himself to be the author of an anonymous 2018 op-ed in the New York Times about an internal resistance to Trump inside the Trump administration.

Carly Fiorina, a former Hewlett Packard CEO and GOP presidential candidate who was briefly the running mate of Sen. Ted Cruz (R-Tex.), said she cannot support Trump and that “elections are binary choices,” while Meg Whitman, another Hewlett Packard CEO, said at the DNC that Trump “has no clue how to run a business, let alone an economy.”

Former Rep. Susan Molinari of New York spoke at the Democratic convention, joining former Reps. Charles Djou of Hawaii and Joe Walsh of Illinois, a former tea partier who challenged Trump for the GOP nomination in 2020 and voted for Biden in Illinois’ open Democratic primary in March, calling Trump a “horrible human being” who “must be defeated.”

Cindy McCain, the widow of Sen. John McCain and mother of The View host Meghan McCain (who also endorsed Biden) narrated a video for the Democratic convention detailing her late husband’s “unlikely friendship” with Biden.

Former Rep. Charlie Dent of Pennsylvania endorsed Biden ahead of the third night of the Democratic convention, declaring, “It’s a sad state of affairs when a president endorses a 9/11 truther,” in reference to Trump’s embrace of Georgia Congressional candidate Marjorie Taylor Greene.

A group of 73 former U.S. national security officials in the Republican administrations, including former heads of the CIA and FBI and Trump administration officials, endorsed Biden, asserting that Trump’s “corrupt behavior renders him unfit to serve as president.” – joined in October by another 50 former officials.

On the final day of the convention, groups of over 100 McCain 2008 and 30 Romney 2012 campaign staffers endorsed Biden, in addition to a group of nearly two dozen George W. Bush campaign and administration staffers.

Former Pennsylvania Gov. and Bush Department of Homeland Security Secretary Tom Ridge endorsed Biden in a Philadelphia Inquirer op-ed, comparing Trump’s coronavirus response to Bush’s 9/11 response and stating of Trump, “It is not within him. He lacks the empathy, integrity, intellect and maturity to lead.”

Retired Adm. William McRaven, the former commander of U.S. Special Operations Command, endorsed Biden in a Wall Street Journal op-ed warning the U.S. will “pay the highest price for our neglect and shortsightedness” if it fails to “choose the right leader.”

Former RNC Chair and Maryland Lieutenant Gov. Michael Steele endorsed Biden after signing on with The Lincoln Project, an anti-Trump Republican PAC , calling Biden a “good man” and a “trailblazer” while asserting Trump would “plunge our country into chaos.”

In the final stretch of the campaign, Biden won the backing of five lawyers from the Reagan and George H.W. Bush administrations and Mike Fasano, a Republican former majority leader of the Florida House of Representatives who called himself a “Biden Republican,” and former Commerce Sec. Carlos Gutierrez, who served under George W. Bush.

20 former U.S. Attorneys under Republican presidents going back to Dwight Eisenhower – including Donald Ayer, who served as U.S. Attorney for the District of Nevada under Trump – gave Biden their “strongest endorsement” in October, alleging Trump has “politicized the Justice Department.”

Nebraska State Sen. John McCollister became one of the few sitting Republican officials to publicly back Biden in October, telling the Lincoln Journal Star Biden would be “a real president” and “not the disaster” currently working in the White House.

Numerous Republican media figures, campaign strategists and government officials have even organized PACs dedicated to supporting Biden, such as Republican Voters Against Trump and, most recently, 43 Alumni for Biden. The most notable among them is the Lincoln Project, whose scathing attack ads on Trump have captured the hearts of anti-Trump resistance-minded Democrats.

“You know, I’m not asking all these Republicans- I don’t even know half of ‘em they’re endorsing me,” Biden told WPXI, a local news affiliate in Pittsburgh. “Have you ever seen more Republicans endorse a Democratic challenger? Of their stature? Not just the Colin Powells. But 76 national security advisors coming out, I don’t even know them.”

The last living former Republican president, George W. Bush, has said he won’t back Trump. Nor will his brother Jeb Bush, the former governor of Florida who was mercilessly ridiculed by Trump when they fought for the GOP nomination in 2016. Trump’s former Defense Secretary Jim Mattis and former Chief of Staff and Homeland Security Secretary John Kelly have both expressed opposition to Trump as well, with Mattis calling him “the first president in my lifetime who does not try to unite the American people—does not even pretend to try” and Kelly saying he wished “we had some additional choices.” Other ex-Trump officials have spoken out against him as well, including Homeland Security advisor Tom Bossert, communications staffer Omarosa Manigault, National Economic Council director Gary Cohn, Navy Secretary Richard Spencer, Secretary of State Rex Tillerson and National Security advisor John Bolton.