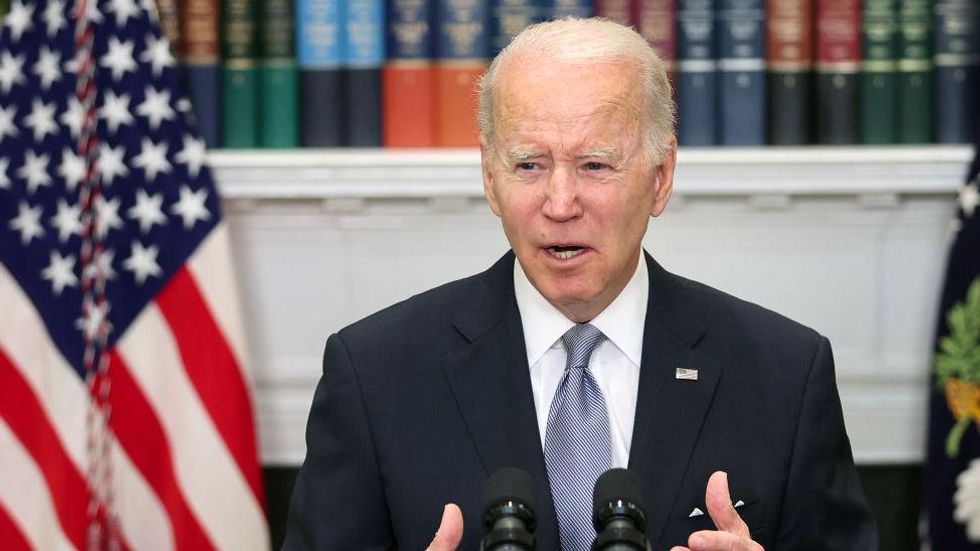 The statement came after Politico leaked a Supreme Court draft opinion that indicated the court will overturn abortion precedents. Chief Justice John Roberts has confirmed that the draft is authentic.

What did Biden say?

The president called on lawmakers to pass legislation codifying abortion rights into federal law and urged that more “pro-choice” lawmakers be elected.

“[I]f the Court does overturn Roe, it will fall on our nation’s elected officials at all levels of government to protect a woman’s right to choose. And it will fall on voters to elect pro-choice officials this November,” Biden said.

“At the federal level, we will need more pro-choice senators and a pro-choice majority in the House to adopt legislation that codifies Roe, which I will work to pass and sign into law,” he added.

The president also claimed that Roe v. Wade should not be overturned because it “has been the law of the land for almost fifty years” and “basic fairness and the stability of our law” demand that it remain intact.

Such an argument is perhaps the weakest for not overturning Roe. In fact, nothing prevents the Supreme Court from overturning landmark decisions.

If justices complied with universal stare decisis (the legal doctrine of honoring court precedent), then segregation might still be legal. For example, when the Supreme Court ruled in Brown v. Board of Education in 1954 that segregation is unconstitutional, the court overturned the existing “law of the land,” the 1896 Supreme Court case Plessy v. Ferguson, a landmark ruling that said “separate but equal” was constitutional.

But what did Biden do before?

When Biden was a U.S. senator, he supported a proposed constitutional amendment that sought to overturn Roe v. Wade and do exactly what Alito suggested should happen regarding abortion rights: return the issue to state legislatures.

According to the New York Times, the so-called “Hatch-Eagleton Amendment” passed the Senate Judiciary Committee in 1982 with Biden’s support.

The amendment simply declared, “A right to abortion is not secured by the Constitution.”

Ultimately, the amendment failed to pass the Senate by a 49-50 vote, thus falling 18 votes short of passing.